UCCA Center for Contemporary Art to open space in Shanghai 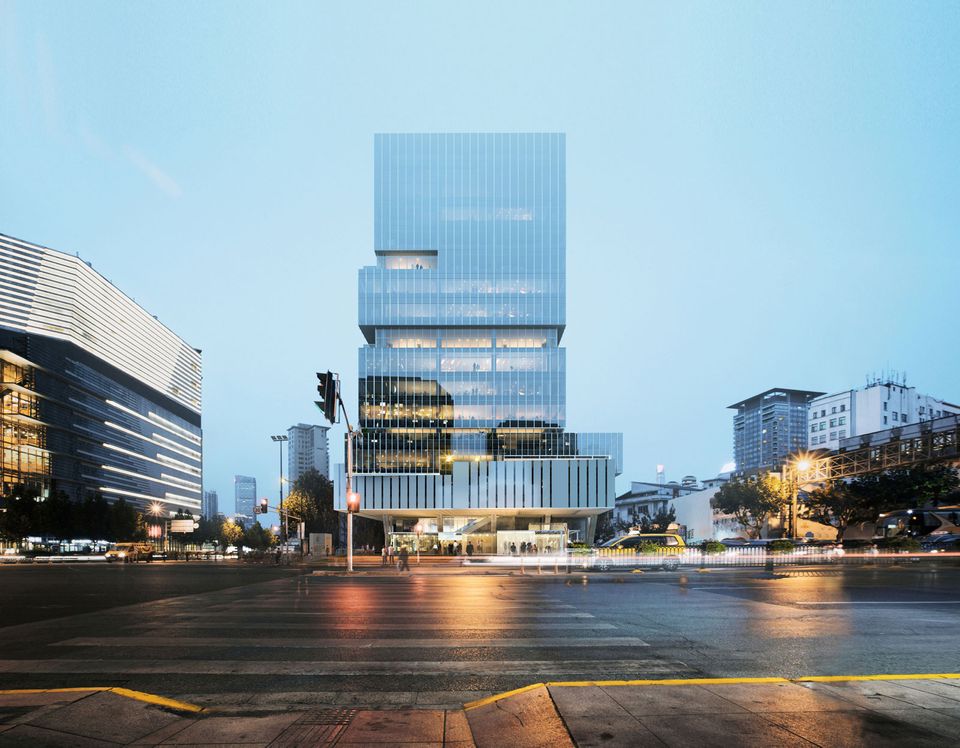 UCCA Center for Contemporary Art new Shanghai space will be housed in an 86m tower currently being constructed along the city's Suzhou Creek Image courtesy of K. Wah Group

Beijing’s UCCA Center for Contemporary Art announced plans to open a third location in Shanghai in early 2021. The institution is partnering with the Hong Kong-headquartered property conglomerate K. Wah International Holdings Ltd to open UCCA in Shanghai in the second to fourth floors of a mixed-use 86m-tower currently being constructed along Shanghai’s Suzhou Creek, at the southeast corner of the intersection of Qufu Lu and Xizang Bei Lu in northern Jing’an District.

“We are super excited,” UCCA director and CEO Philip Tinari tells The Art Newspaper. “I have always been a fan of and in some ways a participant in what is happening in Shanghai, from early collaborations such as with artists [there] like MadeIn and Yang Fudong and others, so to finally put down some roots there is really exciting.” Beyond the perennial question of Beijing versus Shanghai, “obviously Shanghai is a part of China, and it is an interesting opportunity to start to think about ourselves as an institution working not on a local scale but on a national scale.”

The public announcement was made during UCCA’s annual fundraising gala in Beijing, and comes just before the one-year anniversary of the opening of UCCA Dune, a satellite museum in Hebei Province. Tinari says the 500 sq. m exhibition space in Dune, managed from the Beijing museum, provided the organisation with a “pilot” for expansion. “We thought of it as the start of UCCA being bigger than one space in Beijing.”

UCCA in Shanghai will be designed by the New York-based firm SO-IL, which is led by Jing Liu, who will spearhead the project, and Florian Idenburg. "The architecture is interesting, having an art space where it would not naturally exist,” Tinari says. “We’re excited to work with SO-IL because they have more experience than anyone. It’s not going to be about building a new monument to art, but rather a great place for art that’s accessible.”

About half of the 5,000 sq. m facility will be exhibition space, he says, with art retail and dining also integrated, “almost like an art lifestyle experience, which is in keeping with how the Beijing public is very different from the Shanghai public. [Shanghai] is probably bigger, and more drawn to opportunities for leisure culture and its transmission by social networks.” Tinari says the location was chosen due to the opportunity that arose with the developer K. Wah. The site is one block from OCT Contemporary Art Terminal (OCAT) Shanghai, an institution that opened in 2012, in a redeveloping riverside area two kilometers west of Shanghai's famous Bund and three kilometers east from its gallery district M50.

“On one level, the connection to UCCA will distinguish [UCCA in Shanghai] from other things in Shanghai. We are not looking at it as a separate entity, but as another phase,” Tinari says. Compared with the Beijing-managed Dune, Shanghai “will obviously be different". He says: "We anticipate having a team of about 20 people in Shanghai, all connected back to Beijing, and all part of their larger departments back here. We’ll be thinking about the program holistically, some which will mean in some cases exhibitions that will be traveling in between Beijing and Shanghai.”

The Shanghai space will include an extension of UCCA’s newest initiative UCCA Labs, which Tinari describes as “a commercial division doing crossover with brands” to create “integrated art and design collaborations.” Primarily though it will extend UCCA’s core programming directions of “making sense Chinese contemporary art history, introducing and presenting relevant international positions and developments, and shining a spotlight on new voices around us.”