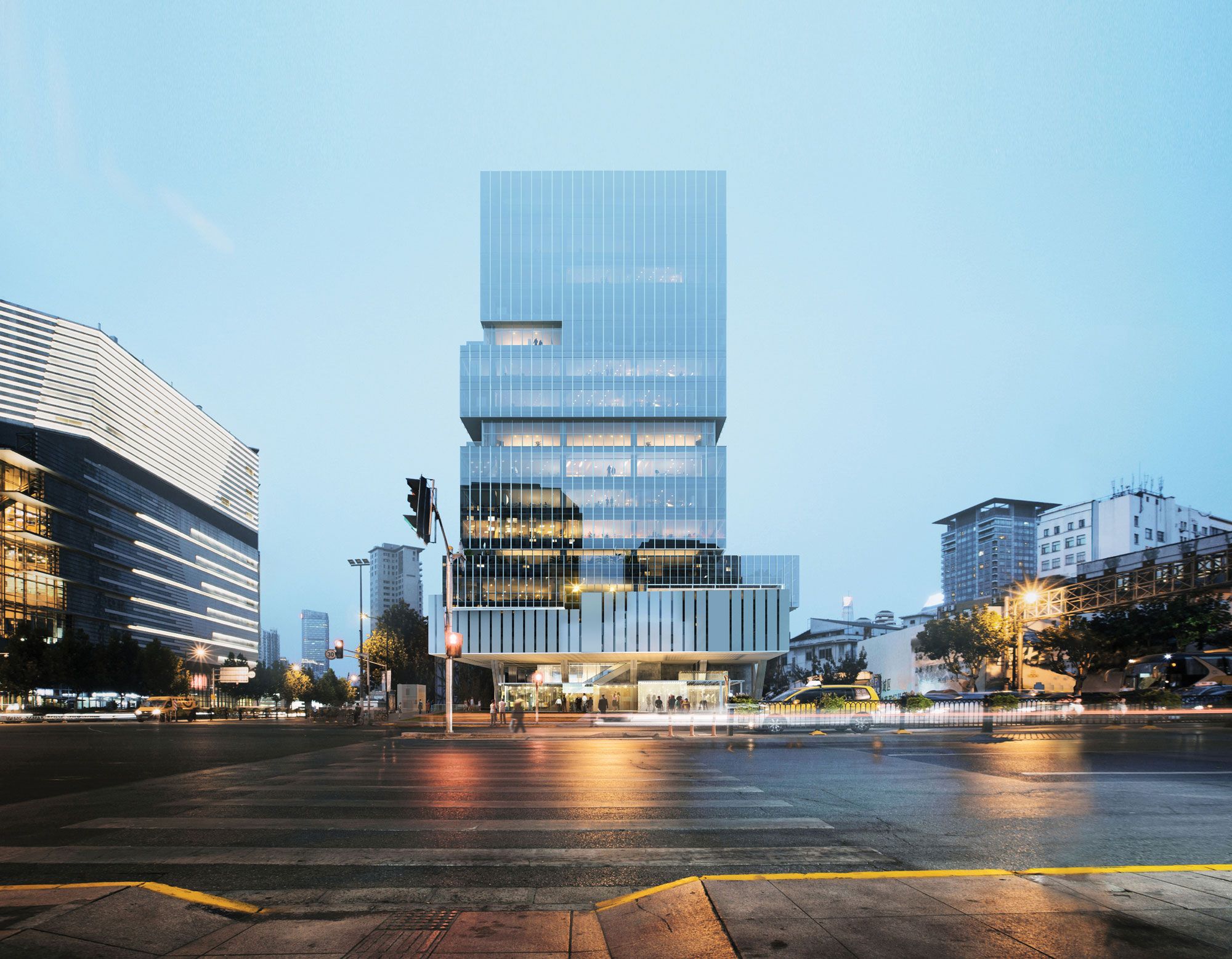 Beijing’s UCCA Center for Contemporary Art is launching its Shanghai branch UCCA Edge on 22 May with a show looking back at the formative events around the 2000 Shanghai Biennale.

Titled City on the Edge: Art and Shanghai at the Turn of the Millennium (22 May-27 June), the exhibition revisits “the moment at which the Chinese art world began to understand itself as global”, says its curator, UCCA director and chief executive Philip Tinari. That period was also “the immediate background for UCCA’s own founding” as the Ullens Center for Contemporary Art in 2007.

“We are not looking to offer a comprehensive history, but rather a show that evokes this special moment through individual works,” Tinari says. Several of the artists have had major exhibitions at UCCA in Beijing over the years, such as Huang Yong Ping, Xu Zhen, William Kentridge and Matthew Barney.

UCCA Edge occupies 5,500 sq. m over three floors in a new office tower designed by the architects SO – IL on the north shore of Suzhou Creek, including 1,700 sq. m of exhibition space plus an auditorium, outdoor terraces and other public spaces. UCCA’s branding collaborations (Lab), retail business (Store) and arts education projects (Kids) are also expanding in Shanghai. The venue will be run by a local team of around 20 people.

A trailblazer in Beijing’s 798 arts district, UCCA enters the lively museums terrain in Shanghai as a newcomer. The Edge outpost is located close to fellow museum chain OCAT and within 2km of the Rockbund Art Museum, MoCA Shanghai and the Shanghai Museum. “Shanghai boasts the most engaged and active public for contemporary art in China, and it was time for us to become part of the mix there,” Tinari says.

He demurs about what Edge’s role in the local art ecosystem will be, emphasising UCCA’s transition into “a national institution”. The Beijing flagship was previously joined in 2018 by UCCA Dune, a branch in the beach resort of Beidaihe, around 300km to the east of the capital.

All three locations will have their “own identity, architecture and programme, though they share the same artistic vision and public outlook”, Tinari says. “We feel we can bring our distinctive point of view and way of working to new audiences throughout China.”

Later this year, UCCA Edge will host a solo show for the Beijing-based painter Liu Xiaodong (17 July-10 October) and a collaboration with the Andy Warhol Museum in Pittsburgh, Becoming Andy Warhol (6 November-6 March 2022), which will head first to Beijing (3 July-10 October).

The Warhol double-header could be a sign of things to come for UCCA. “As museums around the world look for new efficiencies post-pandemic, the ability to mount an exhibition with the same institution in China’s two most important cities becomes particularly appealing to our partners,” Tinari says.