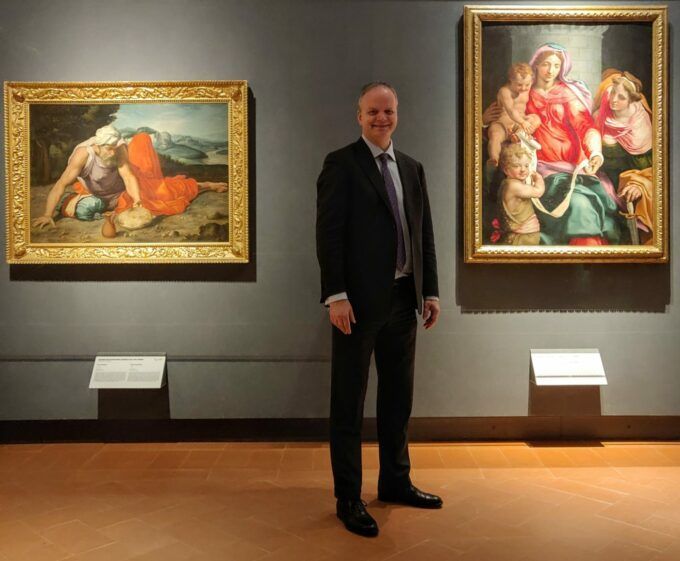 A revamped Uffizi Galleries in Florence reopened to the public on Tuesday after more than two months of closure, offering visitors a first glimpse of 2,000 sq. m of new exhibition space containing never before displayed works.

The museum recorded 1,516 visitors on day one of the reopening, suggesting a nascent recovery after ticket sales have been decimated during the lockdowns.

“There is a great thirst for culture,” Eike Schmidt, the museum’s director, told the ANSA news agency yesterday. “We hope that the recovery can be solid and permanent. We are optimistic.”

Italy’s most visited museum has been hit hard by the pandemic, with annual visitors falling to 1.2 million last year from 4.4 million the year before as successive lockdowns have forced repeated closures. Daily visitors averaged between 5,000 and 6,000 before the pandemic, reaching 12,000 on busy days, an Uffizi spokesman tells The Art Newspaper.

Last month, the government announced that museums, cinemas and theatres would be allowed to reopen in Italy’s least severely restricted “yellow zone” from 26 April. With most of Italy currently yellow, and 55% of Italy’s adult population due to be vaccinated by the end of June, museums across the nation are lifting their shutters perhaps for the last time.

The Uffizi clocked 100 visitors within half an hour of opening yesterday, reaching 2,197 visitors by the end of the day for the Uffizi Galleries and the Boboli Gardens combined. Locals outnumbered tourists but there was a sizeable contingent of non-Italians, many of whom may be based in Italy for study or work, according to the spokesman.

With locals making a strong return, Schmidt is looking forward to welcoming more foreign visitors. “We’re waiting for the return of the Americans. When the moment arrives, we will also be ready to welcome the European tourists,” Schmidt said. 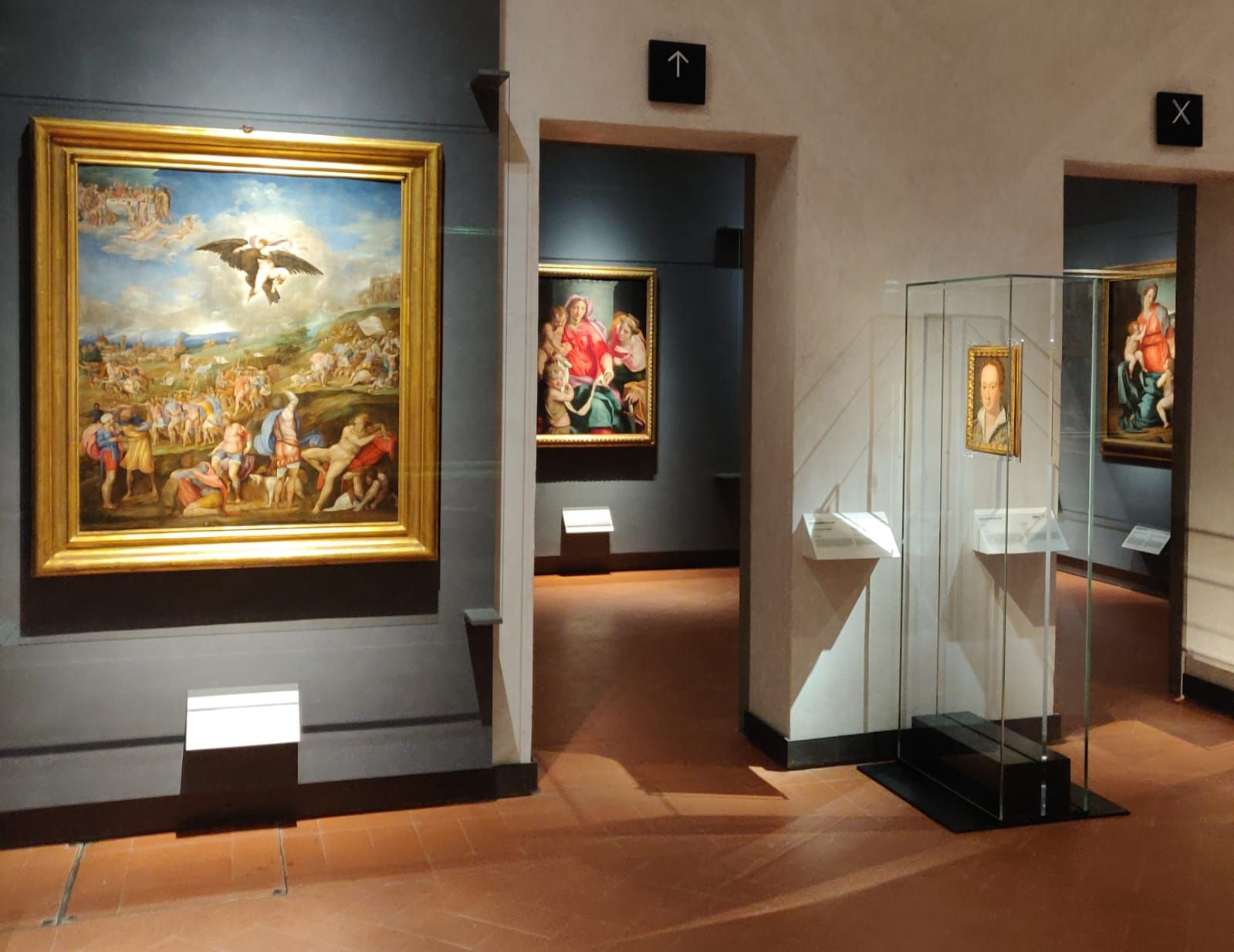 The expansion has allowed museum staff to raise the previous upper limit of 450 visitors at any one time to 600. Pre-bookings have helped workers regulate visitor flows, with 725 bookings for this week's opening and a current daily average of 1,000 ticket purchases for future visits in 2021.

During the closures, staff introduced a new entry system for slicker access and conducted a major renovation. Visitors now pick up tickets and deposit coats in the west wing, before crossing a courtyard to the east wing where the museum route now starts. Meanwhile, 22 new rooms have been opened on the ground floor and basement, as well as 13 new exhibition rooms on the first floor.

The exhibition spaces are dedicated to 16th-century high and late Renaissance artists from central and northern Italy. Highlights among the 129 works on display include San Giovannino (around 1520) by Rosso Fiorentino, which was recently donated to the Uffizi and Daniele da Volterra’s Sacra Famiglia con Santa Barbara e l’Elia nel Deserto, which the Uffizi acquired in 2018.

The works are protected with state-of-the-art non reflective glass, allowing visitors to get close without triggering alarms. 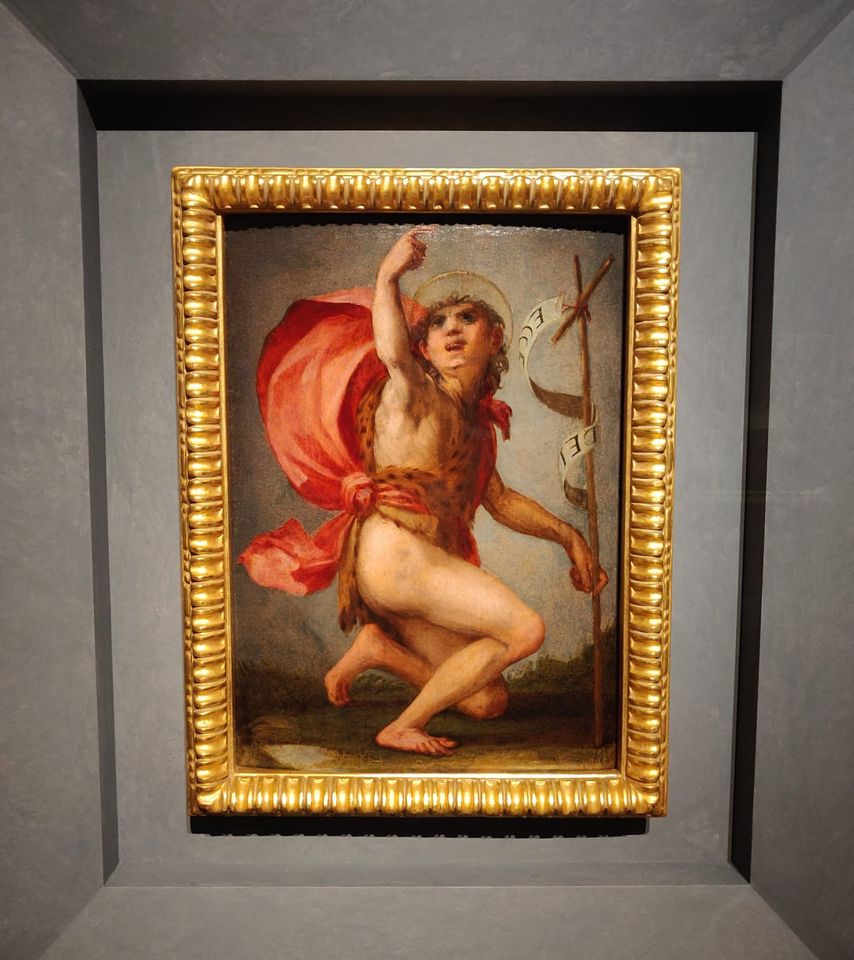 An additional 14th new room houses self-portraits by artists including Benini, Chagall and Guttuso. Over in the west wing, the walls are adorned with frescoes discovered during the recent renovation, including a 17th-century life-size depiction of Cosimo de’ Medici attributed to Bernardino Poccetti.

In a further development, the local Florentine edition of Corriere della Sera reported yesterday that the Uffizi will now ask anyone who wishes to post pictures of the works on display on social media for a monthly fee. The news emerged after museum tour guides leading visits to the museum on Tuesday found a sign within the museum stating that photos of works are only allowed for "personal and private use", the newspaper reported. Social media users have protested against the policy, with Sara Innocenti, a guide and blogger, describing it as "disorientating".

The decision is surprising, Innocenti says, because the Uffizi seems to have actively encouraged social media stars to use images of works housed in the museum. In July 2020, photos of Chiara Ferragni, the Italian social media influencer with over 23 million Instagram followers, taken in front of Botticelli's The Birth of Venus went viral. Visitor numbers rose by 27% the following weekend, with Italian dubbing the phenomenon the "Ferragni effect".

However, the Uffizi says the information published by Corriere Fiorentino was "unverified" and "incorrect". The museum says visitors to the Uffizi are not required to pay a "monthly fee" to be allowed to publish images from the museum on social media. But "only the commercial, for-profit use of the museum's space and/or images—including but not limited to social media—is subject to the payment of a fee, according to an Italian law that was introduced in 1993 and updated in 2004 and 2014, and which is valid for all Italian museums, not just the Uffizi," the museum explains.

UPDATE: This article was updated with a comment from the Uffizi that clarifies the museum's image policy, which contradicts the reports in Corriere Fiorentino.