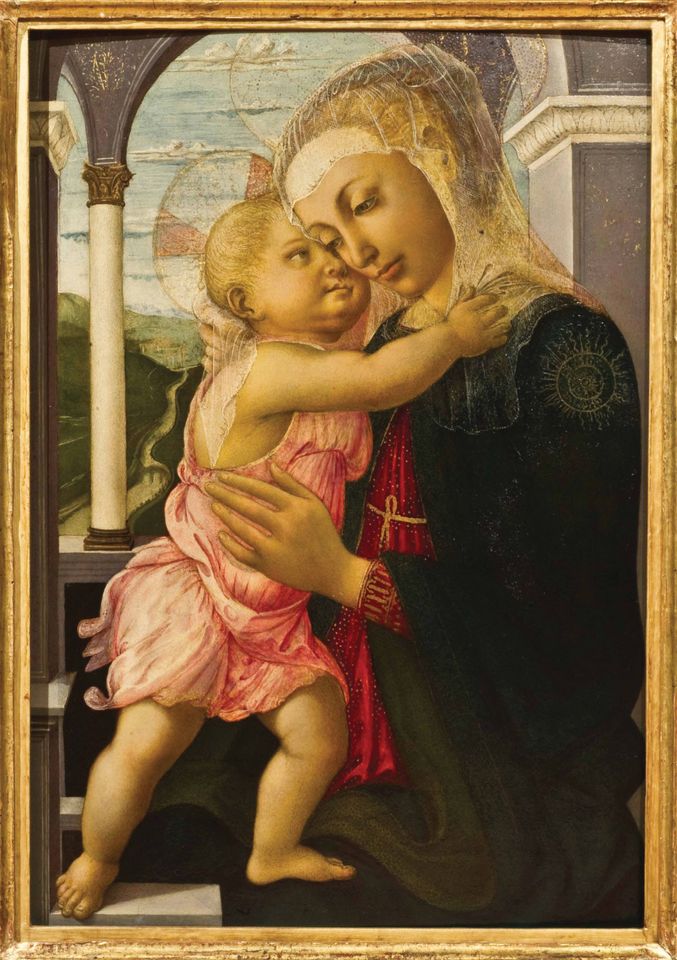 Could Sandro Botticelli’s Madonna della Loggia, which is currently on loan in Russia, be among the Uffizi works travelling to Hong Kong in 2020? Gallerie degli Uffizi

The Uffizi Galleries in Florence will stage the first museum exhibition on Botticelli in China next September, as part of an unprecedented five-year exchange with the Hong Kong government’s culture department.

The prestigious Italian institution will be “twinned” with the special administrative region’s Leisure and Cultural Services Department (LCSD), which operates 17 local museums, according to a memorandum of understanding signed today in Hong Kong by the Uffizi’s newly reappointed director, Eike Schmidt, and LCSD director Vincent Liu. Schmidt made a keynote speech this morning at the Museum Summit at the Hong Kong Convention and Exhibition Centre.

The agreement includes the first major exhibition in China on Sandro Botticelli and 15th-century Florentine painting, to be held at the Hong Kong Museum of Art from September 2020 to January 2021. The Uffizi owns more than 20 works by the master, of which under half may travel for the show, a spokesman says.

However, he confirms that the loans will be limited to small and medium-sized Botticelli paintings, as well as “dozens of works” by his artist contemporaries. The Uffizi's most emblematic Botticelli masterpieces, such as The Birth of Venus, Primavera and the Annunciation fresco, will “certainly” not be lent. One Botticelli recently permitted to travel is the Madonna della Loggia, which the Uffizi is currently lending to the State Hermitage Museum in St Petersburg after a stint at the National Primorye Gallery in Vladivostok.

The Uffizi plans to collaborate with LCSD on other exhibitions in Hong Kong, cultural exchanges for staff of the museums and a series of visits to Florence for “young art ambassadors” from Hong Kong. This is the “first time that the Uffizi has formed a long-term partnership with a foreign institution”, according to a press statement.

For its part, LCSD will “financially sustain the mission and strategic activities of the Uffizi”, the statement says, with the Hong Kong museum authority contributing €600,000 on the occasion of the Botticelli exhibition.

“Sharing the [Uffizi’s] expertise with the world is central to our mission, and we look forward to working with our colleagues in Hong Kong to bring some of the best of Italian art to Hong Kong and its visitors,” Schmidt commented.

The 2020 exhibition coincides with the Italy-China Year of Culture and Tourism, the 50th anniversary of diplomatic relations between the two countries. The former Italian culture minister Alberto Bonisoli announced a series of joint initiatives with his Chinese counterpart during Xi Jinping’s state visit to Rome in March, when Italy became the first western European country to endorse China’s controversial Belt and Road Initiative. These included twinning agreements between Unesco World Heritage sites in both countries and a pledge to crack down on the trafficking of antiquities.