Work on the 760m-long Renaissance passageway, which has been closed for safety since 2016, will be completed in May next year 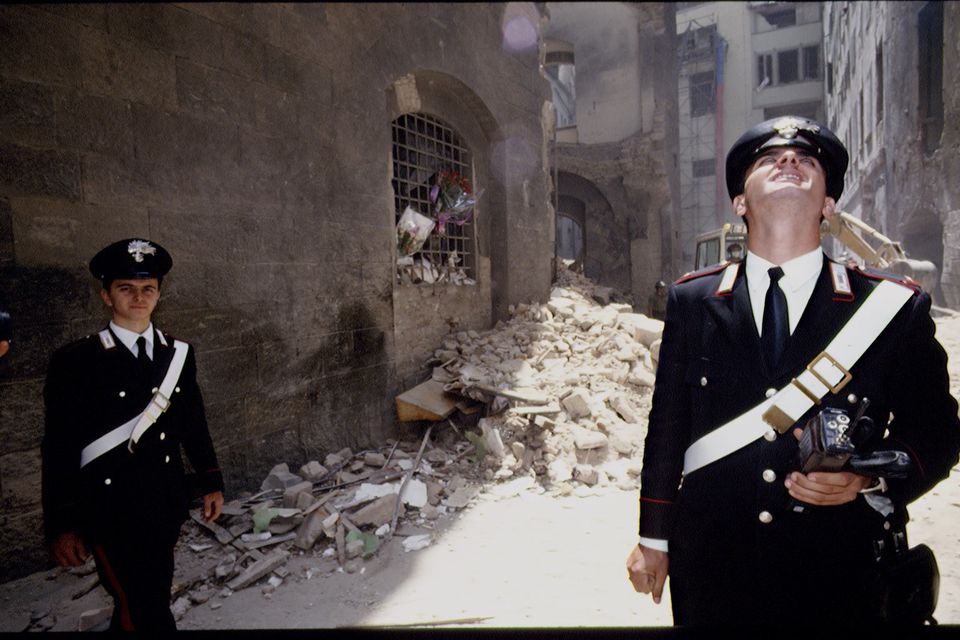 Two police officers in Florence after an attack in 1993 Photo: Alberto Pizzoli/Sygma/Sygma via Getty Images

The Gallerie degli Uffizi in Florence has begun a major renovation of a Renaissance passageway in a project that the museum’s director Eike Schmidt has dubbed “a warning against all forms of aggression against humanity and cultural heritage”.

The 760m-long Vasari Corridor was damaged in a bombing by the Mafia in 1993 that killed five people. During the ongoing renovation, the structure will be fitted with two memorials marking local acts of terror.

The suspended corridor was commissioned by Cosimo I de’ Medici and built by the Renaissance artist and biographer Giorgio Vasari in 1565, allowing the Grand Duke to pass unseen between the Palazzo Pitti and the Palazzo Vecchio—Cosimo’s residence and the government palace. From 1973, the Uffizi displayed self-portraits by artists including Rembrandt and De Chirico in the corridor, before closing the structure in 2016 due to safety concerns.

The renovation, which will cost €10m, began shortly after Easter, and is scheduled to be completed within 11 months. During that time, the corridor will be fitted with a heating and air-conditioning system, disabled access, lifts, LED lighting and new security exits. Instead of the earlier portraits, the corridor will house around 30 ancient sculptures and 16th-century frescoes.

Access will be ticketed, and visitors will be able to enjoy sweeping views of Florence along a route that passes over the Boboli Gardens and skirts the Ponte Vecchio before heading East along the bank of the Arno River.

Schimidt has earmarked 27 May 2022 for the inauguration. That date will mark the anniversary of the Mafia attack in 1993, when explosive packs hidden in Via dei Georgofili detonated, killing five people, including a baby and a nine-year-old child. Around a quarter of the paintings in the Vasari Corridor were damaged, with Gerard van Honthorst’s Adoration of the Shepherds (1620) among those most badly burned. 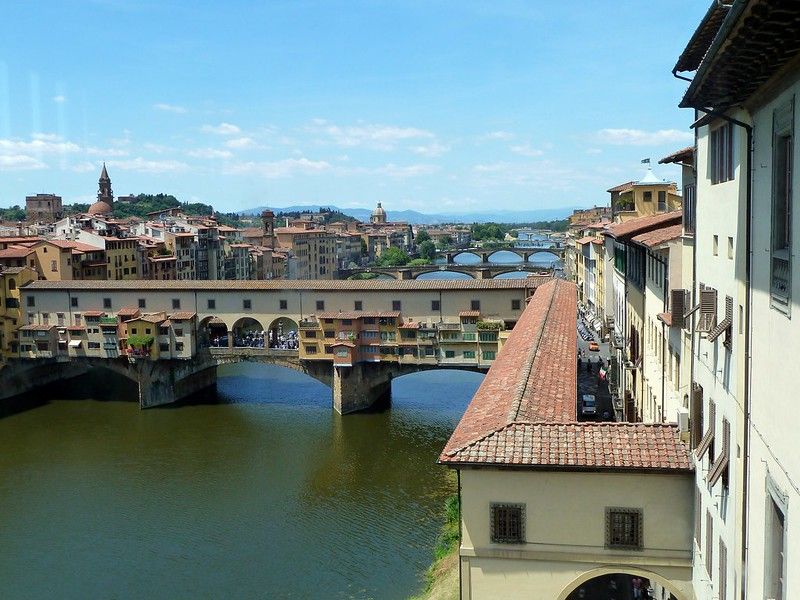 The Vasari Corridor connects the Uffizi to the Pitti Palace and is now set up as a small museum Photo: Dave & Margie Hill / Kleerup

“There is a strong correlation between violence against people and violence against cultural objects,” Schmidt tells The Art Newspaper. “The Uffizi was bombed because it is widely perceived as a shrine of Italian cultural heritage and a symbol of the Italian nation.” The two memorials will be positioned at the point where the corridor meets Via dei Georgofili and above the Ponte Vecchio. The first will contain enlarged photos of the paintings that were burned in the attack; the second will display enlarged images showing Florence reduced to rubble by the Nazis as they retreated from the occupied city in 1944, blowing up bridges in their wake.

The latter memorial promises to be especially poignant, given the Uffizi’s importance to Italy’s fascist regime. On a visit to Florence in 1938, Benito Mussolini accompanied Adolf Hitler along the Vasari Corridor before an official visit to the Uffizi. The Italian dictator had the structure’s windows replaced with larger ones for the occasion, to impress his German counterpart with a panoramic view of the Arno.

Appeared in The Art Newspaper, 334 May 2021
More NewsTopicsUffizi galleriesRenovationRestorationItalyMafiaDisasters & destruction