The committee had advised against moving Raphael’s portrait of Pope Leo X; the museum loaned it to Rome’s Scuderie del Quirinale regardless 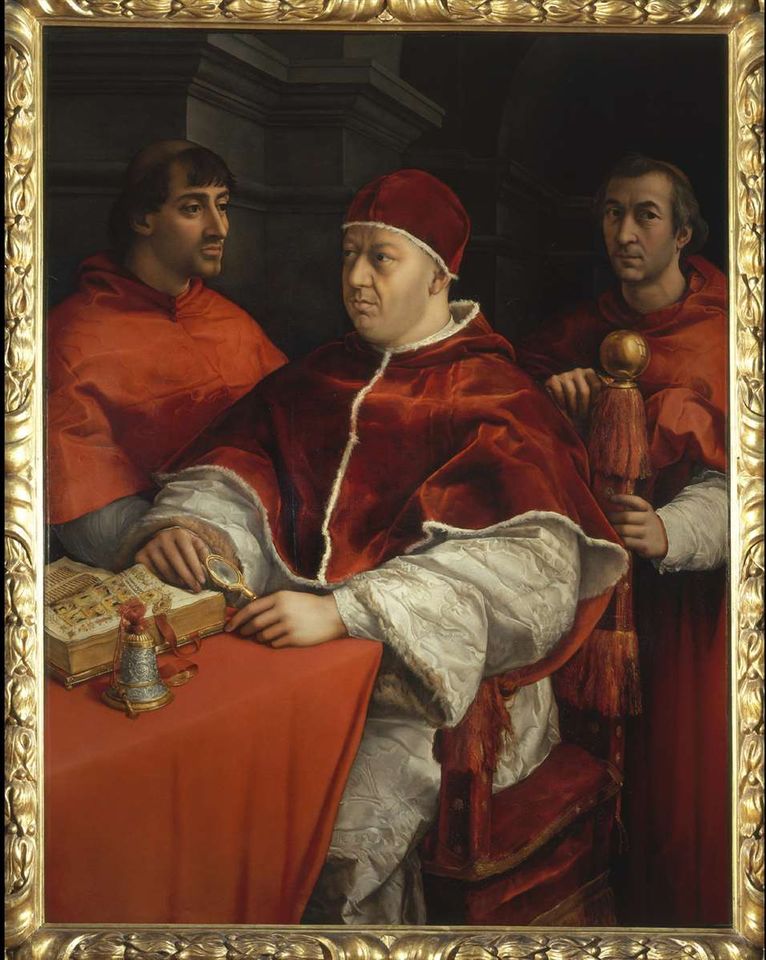 Raphael's Portrait of Pope Leo X with two Cardinals (around 1517)

The Scientific Committee of the Uffizi has resigned collectively in protest at a decision by the museum’s leadership to loan Raphael’s portrait of Pope Leo X to an exhibition in Rome despite its recommendation that the painting should not be moved.

The Scuderie del Quirinale in Rome is showing a major exhibition marking Raphael’s 500th birthday from 5 March to 2 June. The committee said in its resignation letter, quoted in Il Giornale dell’Arte, that contrary to its 9 December decision to label the Raphael portrait as immovable it had learned that “the painting was loaned and is already at the exhibition site in Rome.” The loan and the decision to ignore its advice “call into question the very existence of the committee,” the letter said. The committee consisted of the art historian Tomaso Montanari, the dealer Fabrizio Moretti and the scholars Donata Levi and Claudio Pizzorusso.

Eike Schmidt, the director of the Uffizi, said he “fully supports the patriotism of the decision” given that the Raphael exhibition is “a historic cultural event that will be a great source of Italian pride this year.” The painting, one of around 50 works the Uffizi has loaned to the Quirinale exhibition, is critical to the show’s success and has recently been restored by specialists at the Opificio delle Pietre Dure conservation institute in Florence, he said.

Marco Ciatti, the head of the Opificio delle Pietre Dure, said the portrait of Leo X “is in perfect condition, in an optimal state of conservation, and absolutely able to travel to the Scuderie del Quirinale without any risk to its ‘health’.”