“The old repair looked horrendous—as if a child had rolled up a piece of Plasticine” is how Deborah Howard from the history of art department at the University of Cambridge describes an earlier attempt to restore a late Medieval maiolica statuette of the Virgin and Child that had lost two of its limbs. At some point in the past century, a restorer decided to recreate the Virgin’s missing arm and the Child’s lost leg. Unfortunately, the result looked more comical than spiritual.

The sculpture, made in Orvieto in Italy some time between 1350 and 1450, underwent treatment ahead of the Fitzwilliam Museum’s Madonnas and Miracles exhibition, which examines how objects were used as part of everyday prayers and devotional rituals in Italian homes during the Renaissance. It is the result of a four-year, €2.33m European Union grant encouraging cross-disciplinary research. “We simply could not have done this without the European Research Council Synergy Grant,” Howard says, adding that the chances of receiving the same sum from a UK government body were slim. 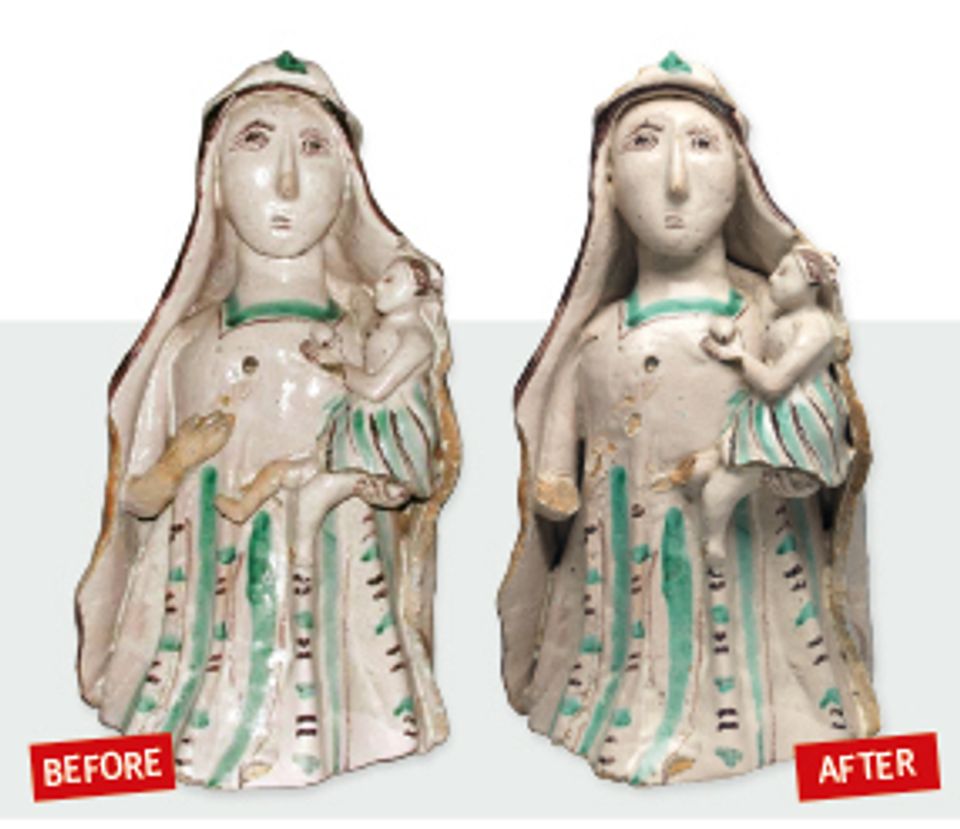 Before and after: Maiolica Standing Virgin and Child circa 1350-1450 © The Fitzwilliam Museum, Cambridge

The exhibition, co-organised by Howard, features a range of objects, from expensive panel paintings to humbler pieces such as bowls decorated with images of St Jerome. The statuette belongs to the more reasonably priced group of works coming out of the museum’s store for the show. Without any evidence of what its original arm and leg looked like, the decision was taken to remove the unsightly additions and leave the 600-year-old piece in a broken yet stable state. “Things in the house do get knocked around, so if it looks worn, that’s appropriate to the subject of the exhibition,” Howard says. Conservators also removed layers of dust to reveal the black-and-green stripes on the figures’ clothing.