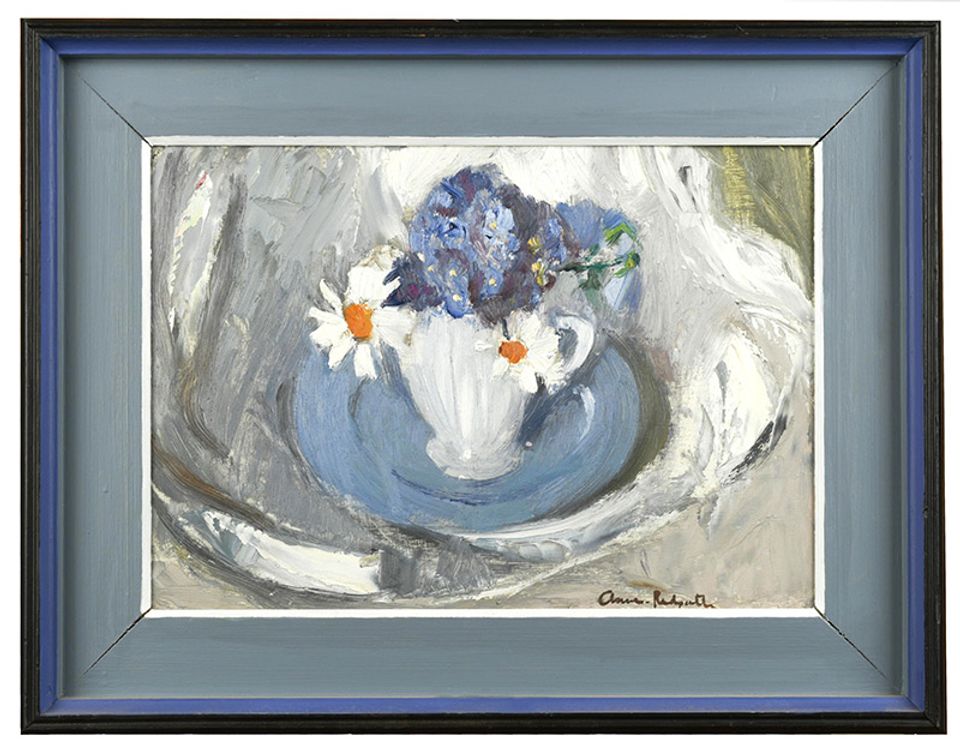 The decision by officials at Hertfordshire County Council to consign more than 150 works from its art collection to auction next month, and dispose of at least 90% of its works long-term, has raised concerns at the Art Fund charity. The council says though that the proposed disposal is the “sensible thing to do”, helping to keep costs down for its council tax payers.

The council began amassing works in the 1940s, building up the Hertfordshire Schools Art Loan Collection which enabled children across the region to access works of art. Hertfordshire County Council confirmed that the School Loan Art Collection consists of 1,496 works.

Works by artists such as Carel Weight, Julian Trevelyan, Keith Vaughan and John Minton are due to go under the hammer at Cheffins auction house in Cambridge on 21 March. “The highlight of the collection is a pastel work by the much loved Scottish artist, Joan Eardley, which has an estimate of £12,000 to £18,000,” the auction house says.

“The number of paintings now being sold at Cheffins on 21 March is 152 and a further number will be sold in auctions in April and May. To date, 112 works have already been accepted as gifts by Hertfordshire organisations and a further 1,074 works will be offered later this year,” a council spokesman says.

Stephen Deuchar, the director of Art Fund, wrote to David Williams, the council leader, last April to “highlight concerns about the proposed disposals”. He raised a number of issues, pointing to a review of the council art collection in 2016 by the Matassa Toffolo art collection management company. The review highlights that a small number of schools are still enthusiastic about the scheme, Deuchar says (the art education initiative was suspended in 2012).

He subsequently asks if other actions have been considered instead of shutting down the art collection, such as trying to secure revenue from external funding bodies to sustain the art programme.

Deuchar also states that a council report dated 7 November 2017 pledges to make any disposals in line with the UK Museums Association’s code of ethics on collection disposal. He subsequently asks for reassurances that most of the proceeds will go towards conserving the works retained by the council.

A spokeswoman for Art Fund says however that the council has not yet responded to Deuchar’s letter. She says: “Art Fund, the national charity for art, broadly supports Hertfordshire County Council in refining its collection but have advised that this should always be done in accordance with the Museums Association’s Code of Ethics. In this case, we are concerned with the council’s suggestion that only a proportion of the monies raised will be invested into the remaining collection, and there is a question mark over where the proceeds would go.” The council declined to comment further.

Meanwhile, a petition protesting against the disposal plan was launched last year by the businesswoman Armaiti Bedford; it garnered more than 2,000 signatures. The petition states that the works should be retained in Hertfordshire and placed in trust.

Terry Douris, council cabinet member for education, libraries and localism, defended the council’s actions, saying in a statement: “It is the sensible thing to do. With 60% of the art collection languishing in storage and not available to the public, the county council believes that the approach it is taking to the art collection balances its fiduciary duty to its council tax payers to use the full resources available to it to best advantage, whilst aiming to achieve much improved access and display of the retained collection for the public.” Works by artists such as Barbara Hepworth, Rory J Browne, Mary Hoad, and Henry Moore will be kept by the council.