The cost of the cuts: what now for UK museums as the Covid-19 crisis bites?

Museum directors in London and the regions are cutting jobs and slashing budgets, raising concerns for the post-pandemic future of the sector 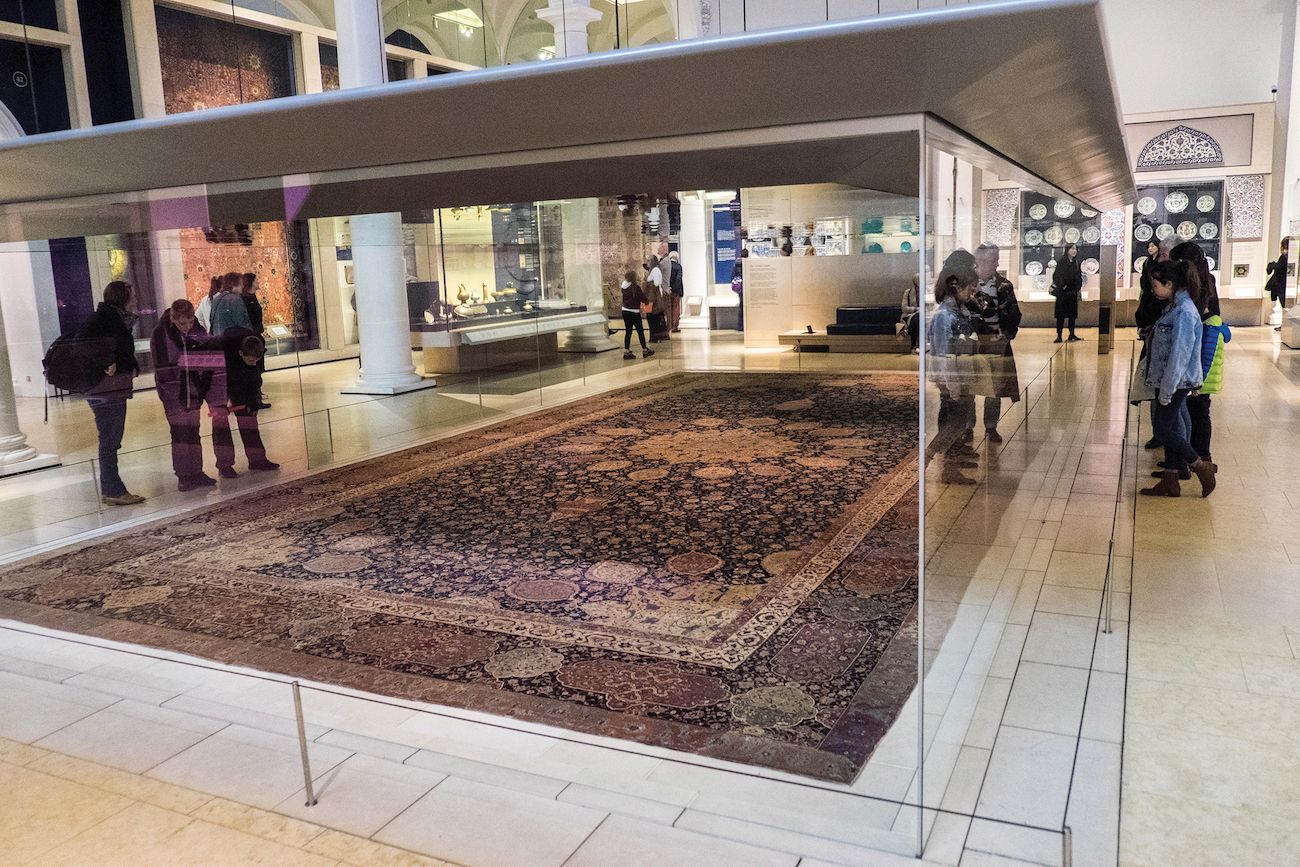 The Victoria & Albert Museum has proposed a major restructuring that would merge the Asian department, including the Islamic collection, with a new curatorial team dedicated to Africa Paul Quayle/Alamy

As museums across the UK struggle through a third coronavirus lockdown, their leaders find themselves at a crossroads: forced to make drastic spending cuts that could reshape the sector for years to come. The search is on for new funding models that are less reliant on blockbuster exhibitions and the thorny issue of decolonising collections looms large. But with workforces depleted by a wave of redundancies, just how fit for purpose will the post-pandemic museum be?

By 23 March, the UK Museums Association had recorded 4,089 job losses in the sector due to the financial pressures of Covid-19. Most prominently, 295 people (equivalent to 217 full-time roles) were made redundant last year across Tate Enterprises Ltd, the retail, catering and publishing arm of the four Tate galleries in London, Liverpool and St Ives. Tate is now undertaking a voluntary redundancy programme that aims to save £4.8m in salary costs. Around 16% of the gallery workforce are taking redundancy—equivalent to 140 full-time, part-time or reduced hours roles. “We predict that any compulsory redundancies will be very low in number,” a spokeswoman says.

A six-month consultation is also under way at the Victoria & Albert Museum (V&A) in London. Its director, Tristram Hunt, told The Art Newspaper in February that the curatorial staff was likely to face a 20% reduction—around 30 posts—with another 20%—110 posts—expected to be cut across other departments, including visitor experience and retail. The museum declined to confirm the figures while the consultation continues. Hunt has said the “devastating” financial impact of Covid-19 has forced the V&A to “find £10m sustainable savings per annum”.

The cost-cutting measures promise a radical shake-up of the museum’s curatorial structure. The V&A’s collections have traditionally been organised by material, such as metalwork and textiles. But the proposal is to convert the European and American collections into three new chronological and cross-disciplinary departments: medieval to late 18th century, 19th century to 1918, and Modern and contemporary. Another department will merge the current Islamic Middle East and Asia sections with a new team dedicated to sub-Saharan Africa and African diasporic art, design and performance.

Critics of the restructuring plan warn of a culling of expertise. The new curatorial arrangement would “privilege generalism, potentially jeopardising specialist collections care”, said Christina Faraday, a research fellow at the University of Cambridge, writing in the Daily Telegraph.

In a blog post last month, Hunt argued that the proposals “simplify our historic, complex structure by creating new departments built on interdisciplinary thinking and collaborative working”. No part of the collection will be left without specialist support, he said, adding that the shift “could enhance knowledge-sharing and the quality of programming in the future across all our spaces”. Curators will nevertheless “be more stretched”, Hunt admitted to The Art Newspaper in February.

An anonymous former V&A curator tells us they do not oppose the new chronological approach “so long as there continue to be enough curators to be expert in all the parts of the collection, which requires knowing them physically. It is this that makes a curator different from most academics. One way to make sure this happens would be for all curators-in-training to spend time working with the conservators, gaining a 'hands-on' experience of the objects."

But Maurice Davies, the former head of collections at the Royal Academy of Arts in London, is unconvinced by Hunt’s vision. “The fact that the V&A has put Europe and America in one set of departments, and the rest of the world in another department, is a tragedy,” he says. “It seems to treat Europe and America as somehow separate from everywhere else. But culture originating in, for example, Africa is an integral part of European and American culture today.”

Further concerns have been raised over the future of the Theatre & Performance collection, which was previously exhibited at the Theatre Museum in Covent Garden, and the National Art Library (NAL). Housed inside the V&A, the library holds around a million objects and is used by scholars, artists and curators worldwide. Initial restructuring plans placed 20 of the 30 NAL staff members at risk of redundancy and the library was scheduled to be closed for a year. But after more than 10,000 people signed a petition opposing the “deep and damaging cuts”, Hunt announced that all NAL staff and Theatre & Performance archivists will stay employed through the government’s furlough scheme until the end of September. The library closure will now last six months. The theatre collection will remain intact, a V&A spokeswoman says, although the department’s staff will move to work with each of the four new curatorial divisions.

More than 10,000 people signed a petition opposing “deep and damaging cuts” to the National Art Library at the V&A Photo: Falstaf

UK regional galleries are also being reconfigured on every front. “We’ve had to make savings across all areas but particularly across the learning and exhibitions teams. That’s where there have been big hits because there was really nowhere else to go,” says Alistair Hudson, the director of the Whitworth and Manchester Art Gallery.

Rachel Tranter, the director of the Group for Education in Museums, a membership organisation for museum educators, says she is “deeply concerned” that redundancies could disproportionately affect learning departments as the financial ravages of Covid-19 continue.

The Whitworth’s learning budget has been “halved” in the cuts, but “we’re hoping to get it back up to 75% of what it was”, Hudson says. The gallery’s exhibitions budget was slashed by 75% but could rise in 2021 to “50% of what we had”. Compulsory redundancies have so far been avoided, but Hudson acknowledges: “Once people are gone, you can’t build back.” 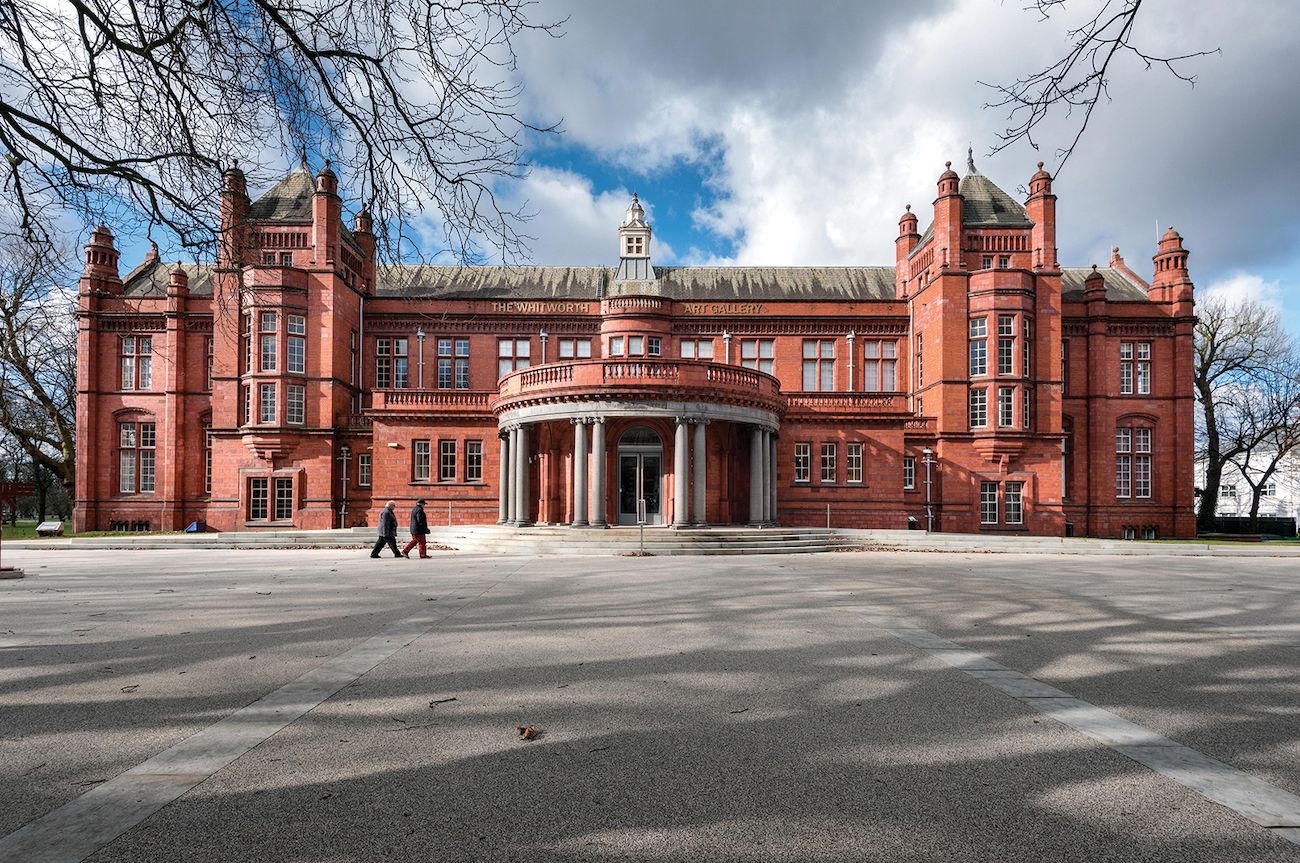 Another major university museum, the Ashmolean at Oxford University, is “reviewing its costs and putting measures in place to ensure its financial sustainability”, says the director, Xa Sturgis, who insists that no curatorial posts are at risk of redundancy.

The Ashmolean receives funding from numerous sources such as the university (£2.1m in 2020) along with an endowment established in 2014. This amounted to £26.7m by 2019 and, according to the museum’s most recent annual review, £900,000 was added in 2019-20. “The museum continues to draw on income from its endowment to support its operations but not the capital,” Sturgis adds.

“Once people are gone, you can’t build back.” Alistair Hudson, director of the Whitworth and Manchester Art Gallery

Meanwhile, Hudson is forging ahead with an alternative to the blockbuster exhibition model, describing “a holistic approach so you don’t really have separate exhibition and learning programmes”. Rather than focusing on special exhibitions that maximise visitor numbers, he suggests: “a more rounded programme makes for a much more dynamic institution and one that is valued more publicly”.

A testing ground for this vision will be a retrospective for the US artist Suzanne Lacy, planned at the Whitworth and Manchester Art Gallery later this year. “Whilst we’re showing a section of her work through the decades, we’re also working with her on live projects—using the exhibition as ‘a manual for social transformation’,” Hudson says. Lacy is developing an initiative with older women in Manchester around “intersectional issues of age, race, gender and work”.

Such community-based activity begs the question of whether museums have outgrown their traditional function as a repository of ancient objects and centre of scholarship. “The priorities of museums are changing towards a much less didactic and instructional approach, away from the past towards the present, away from teaching towards [life] experience,” says Charles Saumarez Smith, a prominent former museum director and author of a new book, The Art Museum in Modern Times.

The groundswell of anti-racism protests in 2020 is also pushing museum leaders to confront the issue of restitution and how to re-interpret collections formed during the age of empire through a post-colonial prism. Hudson concedes that some of the Whitworth’s collection is “problematic”, adding that the gallery’s acquisition policy and mission statement have recently been rewritten.

“For me, it’s more than decolonisation, it’s what I call demodernisation,” he says. “The whole art world is colonial in the way it’s constructed. Art in itself is complicit in [contributing to] the 200-year history of capitalisation, globalisation and industrialisation. I’m interested in unpicking that.”

UPDATE (1 April): This article previously stated that the V&A's consultation with staff and trade union representatives on a proposed curatorial restructuring was due to conclude on 31 March. It has been updated to reflect the museum's announcement on 31 March that: "As agreed with Trade Union colleagues, the internal consultation period will be extended to enable us to work together on the revised proposal, and to seek further feedback from staff. The final structure will be confirmed once the consultation has completed and all feedback has been reviewed."

CLARIFICATION (1 April): A V&A spokesperson confirmed that the museum has shelved its proposal to create new chronology-based collection departments. Although the curatorial teams will be restructured, they will continue to follow the traditional configuration based on materials. A modified media statement says: "As part of the ongoing consultation process with V&A staff and Trade Union representatives, we have shared an updated proposal that retains and reforms the V&A’s materials-led approach, creates three new curatorial departments by bringing existing departments together in addition to a department for Asia, delivers the agreed savings, and builds a structure and vision that will connect with the audiences of tomorrow. The V&A also remains committed to establishing a new, centralised research, National Art Library and archive function alongside increased resource on Africa and the diaspora."

about 13 hours ago
A departure, a side move, and a new appointment: Centre Pompidou in flux as leadership shuffle causes controversy