The French Tunisian performer is hoping to find a permanent home for her immersive installation, hidden in storage for nearly 15 years 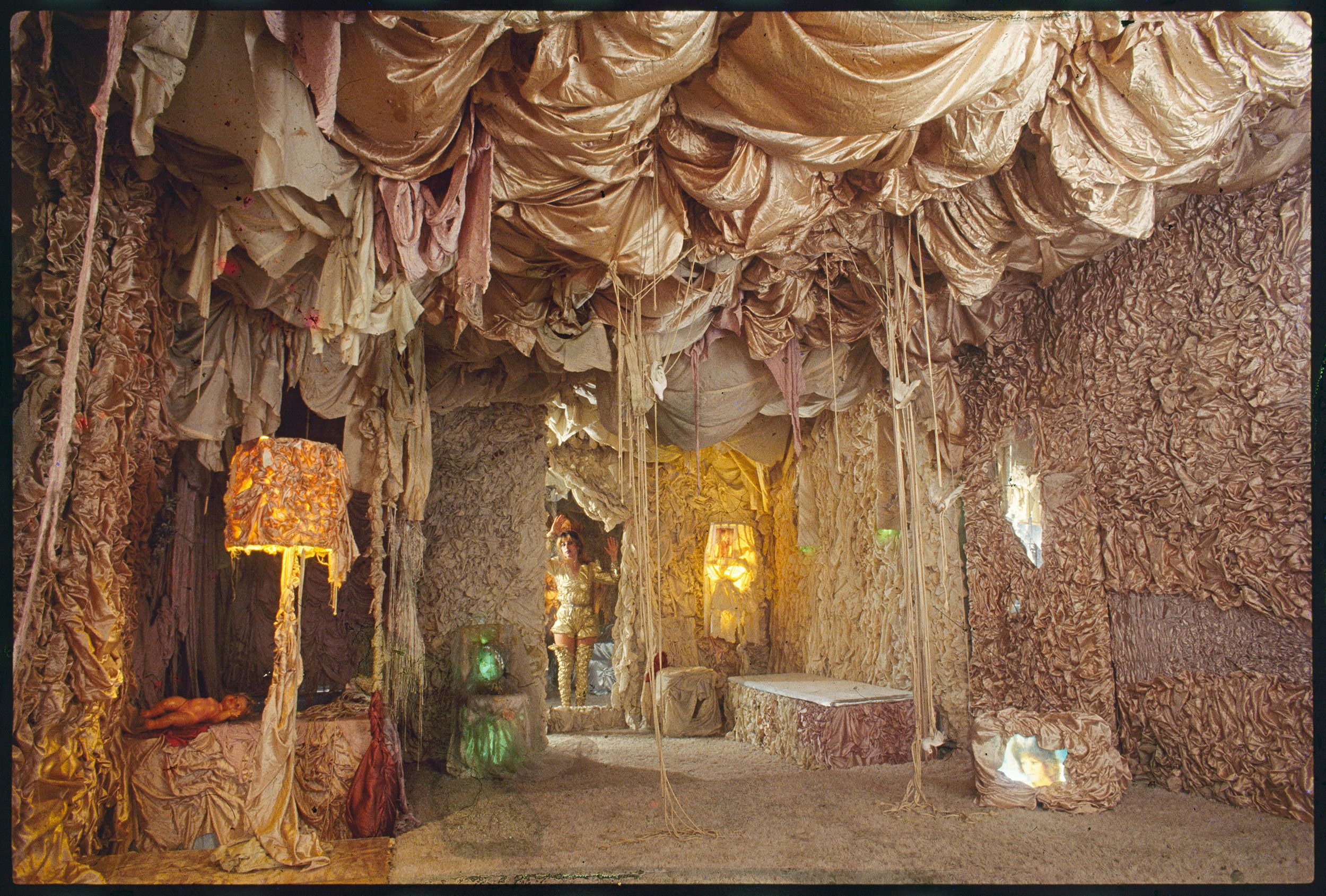 When New York performance and installation artist Colette was forced to leave her Pearl Street loft in lower Manhattan in 2007, after living and working there 30 years, a large swath of her artistic output was destroyed. Beginning in the 1970s, the French-Tunisian-born artist and performer had turned her home into an immersive work of art—known as her Living Environment—covering the walls and ceilings with white fabric. “I started with rags,” Colette says, including parachutes that she sourced at army and navy surplus stores. “It was very cheap and I bought tons of them.” Then she began using satin and devised a ruching and draping technique, obsessively covering every surface and creating outfits she would wear, turning herself into part of the art. “It was really another world.”

For the past five years, Colette lived and worked in Berlin, then returned to New York at the start of the coronavirus pandemic. Her peripatetic existence has made it difficult to store the Living Environment, currently disassembled and stashed in a few locations in the Bronx. Over the years, various plans for the installation to enter a permanent collection have fallen apart. Colette has exhibited in museums such as MoMA PS1 and received many grants and awards over the years, including a Guggenheim Fellowship in 2006, but she has never had stable gallery representation.

In early December, friends of Colette, led by the independent curator Kenta Murakami, created a Kickstarter campaign to help preserve the Living Environment, and quickly met and surpassed their goal of $15,000. The mission of the fundraiser is to secure storage for the Living Environment and undertake a condition report before possible restoration and finding it a permanent home, Murakami says.

To mark this next chapter of her artistic practice, Colette also announced during the crowdfunding campaign that she would no longer go by “Colette Lumiere” (the persona she adopted in 2002, after the 11 September attacks in New York) but “Colette de la Victoire”. Her new identity, she writes, is “a figure determined to triumph in a time of darkness, she once again finds herself in the midst of a new birth.”

“When I took down my environment, I had to face the real world,” Colette says. “I lived in an artwork and all of a sudden I was shedding that skin—it was traumatic but it was also liberating.”