Archaeologists have uncovered more than one million objects on the site 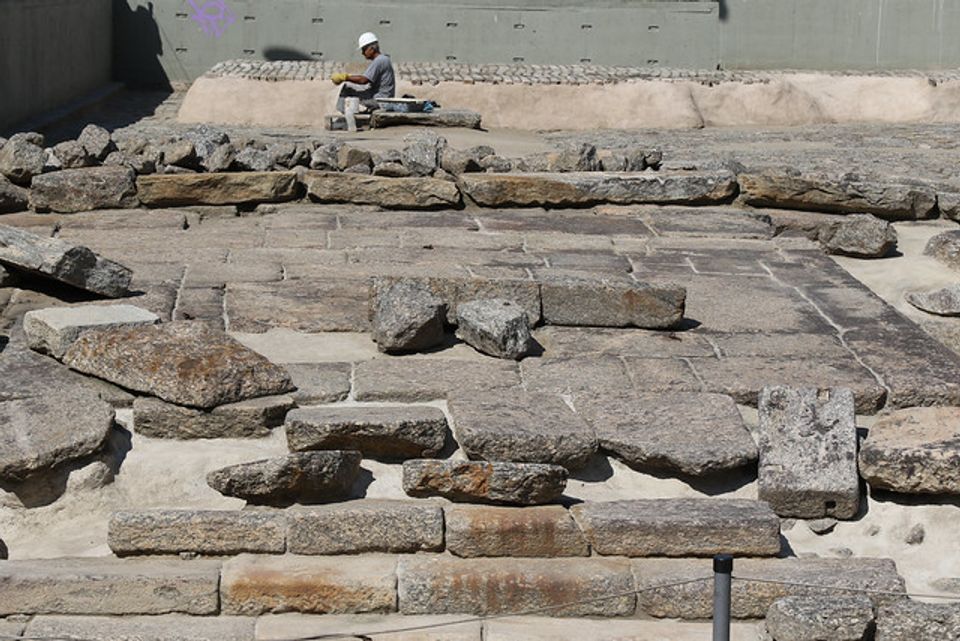 The Unesco-listed Valongo Wharf in Rio de Janeiro, where nearly one million captive Africans disembarked between 1811 and 1831, has received $1.9m (2.1m reais) from the Chinese investor State Grid Brazil Holding. The donation will be used to continue the revitalisation of the historical wharf and transform it into an open-air museum with lights, signage and surveillance cameras.

The wharf was uncovered in 2011 during preparations for the 2016 Olympics and became a Unesco World Heritage site in 2017. The first phase of the restoration project began in February after the receipt of a $500,000 (around 2m reais) grant from the US diplomatic mission in Brazil last November. Since then, archaeologists have discovered more than one million objects in the ruins, including beads, shells, amber, crystals, animal teeth, coins and metal rings. “Some pieces appear to have arrived through trade networks between Europe, Africa and the Americas, while others were appropriated or manufactured in Brazil,” according to archaeologists.

The unearthed artefacts are to be displayed in a forthcoming educational museum near the site. But the launch of the museum—tentatively called the Centro de Interpretação da Herança Africana (African Heritage Interpretation Center)—has been delayed due to an ongoing dispute over the building where the Rio de Janeiro prefecture intended to house it.

The federally owned building Docas Dom Pedro II, a site built in 1871 by André Rebouças, the first Afro-Brazilian engineer, has been occupied by Citizen Action, a non-profit helping impoverished Brazilians, since 2000. The organisation was given an eviction notice last year for misusing the property for filming and parties but contested it on the grounds that it has invested around $3.6m (15m reais) into the once-dilapidated building.

The debate is ongoing, but Rio de Janeiro’s prefecture says it will offer the non-profit organisation a separate location and that the museum should be able to break ground by December of this year.

Last year the Brazilian media speculated that the site could lose Unesco status if Rio de Janeiro’s prefecture and the National Institute of Historic and Artistic Heritage (Iphan), which manages the site, failed to build the museum by December 2018 as part of a contractual mandate set by Unesco. A Unesco spokesman denied that in a statement to The Art Newspaper in February. Despite delays, “delisting sites is very much like saying that we give up on it, and we don’t do that,” the spokesman said. “But management of the site is entirely the responsibility of national authorities, who have very different policies regarding heritage”.