Unesco's plan to ‘revive spirit’ of devastated Mosul gets under way 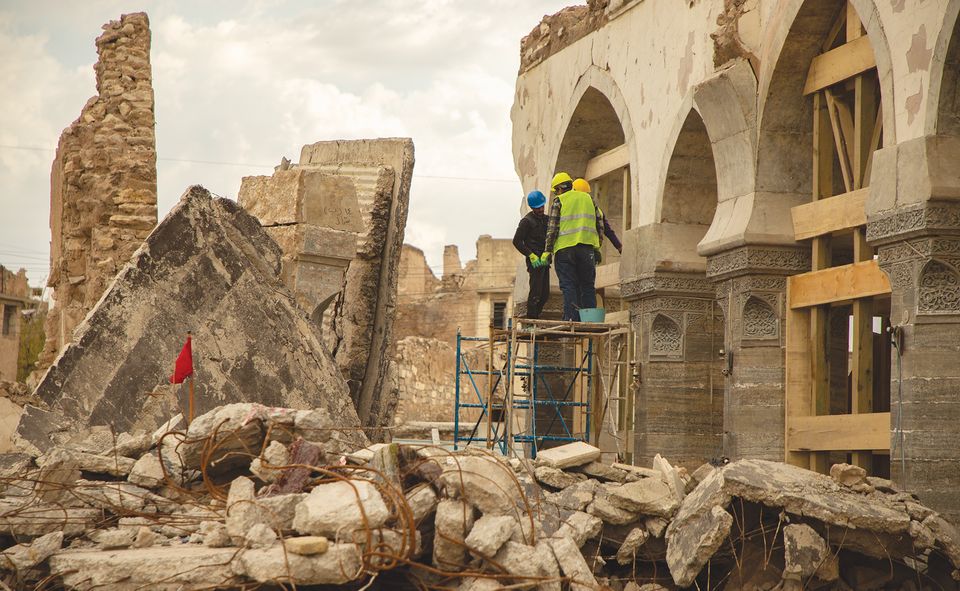 The Unesco-led projects include restoring Al-Nuri mosque, which was damaged when Islamic State was ousted from Mosul in 2017 Photo: © Unesco/Moamin Al-Obaidi

After a five-week lockdown, several conservation projects have begun in earnest in Mosul as part of a Unesco programme aimed at restoring the rich heritage of the war-ravaged Iraqi city’s old quarter. Restoration work funded by Germany has begun on the Al-Aghawat mosque, houses are being refurbished with the aid of the European Union, and the rehabilitation of the Dominican Al-Saa’a church is under way with funding from the United Arab Emirates.

Brendan Cassar, the head of Unesco’s culture unit in Iraq, says the projects grouped under its “Revive the Spirit of Mosul” initiative are “modest attempts” to rehabilitate the devastated city, whose full reconstruction would cost hundreds of billions of dollars. The overarching goal, he says, is restoring social cohesion and encouraging the return of those who were displaced amid the sectarian violence that followed the 2003 US invasion or who fled after Islamic State (IS) gained control of Mosul in 2014. IS was ousted by Iraqi government and US-led coalition forces in 2017.

Trust between communities cannot be recreated overnight, so it's a step-by-step process Brendan Cassar, Unesco Iraq

Traumatised communities have to want to return, Cassar contends. “Trust between communities cannot be recreated overnight, so it’s a step-by-step process,” he says.

A crucial part of Unesco’s effort involves employing local residents in the rebuilding of their neighbourhoods through the direct hiring of architects and engineers as well as training programmes in construction and specialised restoration techniques.

The late-19th-century Al-Saa’a, or Conventual Church of Our Lady of the Hour, was a “huge community resource,” says Maria Acetoso, the senior project manager for its restoration, in a city that “historically has always been a place where different religions and ethnic groups co-existed”. That changed drastically after the fall of Saddam Hussein in 2003 and the US-led occupation, which contributed to a rise in religious extremism.

“The Dominicans had a whole complex that included a school, a library with 30,000 books, vocational training, an art gallery and even a cinema,” notes Acetoso, who helped obtain permission for the rehabilitation project from both Mosul’s Christian waqf or council and the Dominican order. 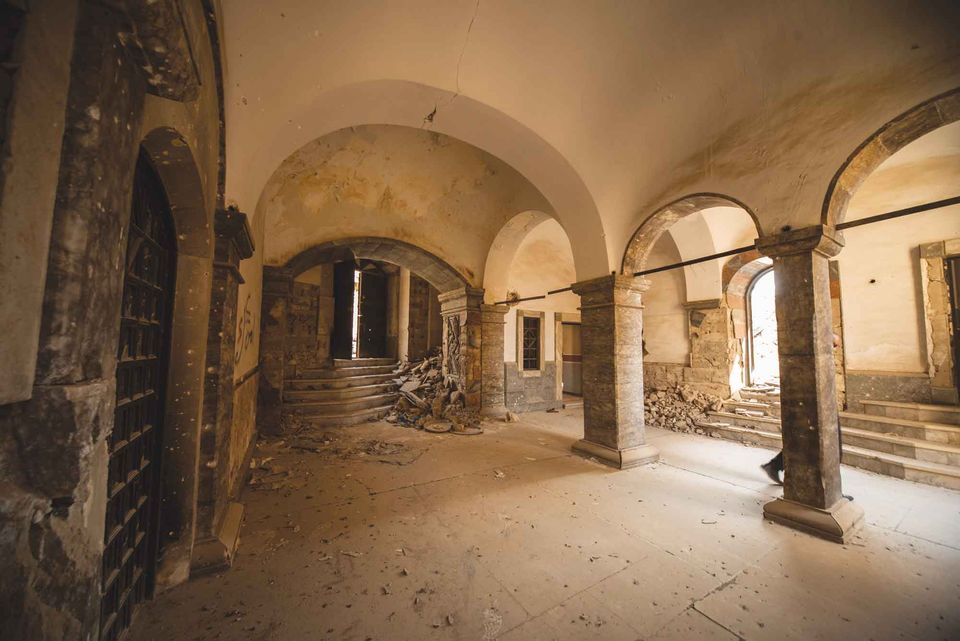 The Dominican Al-Saa'a church is being rehabilitated by young trainees with support from the United Arab Emirates Photo: © Unesco/Moamin Al-Obaidi

Bombed during the sectarian wars of 2006 and then used as a jail by IS, the church has retained its tower but its interior has been badly damaged, especially its adjoining monastery. This was the church where Father Najib Mikhael Moussa, appointed archbishop of Mosul last year, once kept an archive of thousands of ancient and rare manuscripts including Christian, Muslim and Yazidi texts as well as scientific documents. When IS invaded he saved over 800 manuscripts, many of which he gave to Christians fleeing the city, often on foot.

Now the church will be the site of a two-year vocational programme co-ordinated by the International Centre for the Study of the Preservation and Restoration of Cultural Property (Iccrom), which will train young professionals in stabilisation techniques in a workshop space inside the complex. A few hundred metres away, a new school will be built on the site of one that was destroyed in the conflict. Already, the area surrounding the church is slowly returning to life, with shops reopening and houses gradually being restored.

Meanwhile, on the banks of the Tigris river, the clearance of rubble and unexploded ordnance has begun at the early-18th-century Al-Aghawat mosque, commissioned by the al-Jalili family, who ruled the city for a century. Like the Al-Saa’a tower and the Al-Hadba minaret, the mosque’s distinctive white dome and minaret decorated with glazed turquoise tiles arranged in geometric patterns have always been part of the city’s visual identity. While the dome is still relatively intact, the minaret was blown in half during the liberation of Mosul by government forces. The mosque’s complex of buildings encompassing a madrassa, or religious school, is also included in restoration plans.

The clearance of unexploded ordnance and rubble is also a priority in the rehabilitation of old city houses on the north side of the Al-Nuri mosque. While the mosque site has been de-mined and its existing structures stabilised, the mainly Ottoman-era housing is still vulnerable. “We have to move slowly and carefully,” Cassar says. “Scattered everywhere—under every pile of rubble—is battlefield detritus including bullets and live mortar rounds.”

Choosing what to restore is a painstaking process, with a general rule of thumb that edifices that are 50% intact will be considered. For the first phase, 30 houses have been selected for rehabilitation. As Cassar notes of Mosul’s old city: “There are over 10,000 buildings destroyed in some 20 square kilometres, and every house has a story—but not every story can be told.”