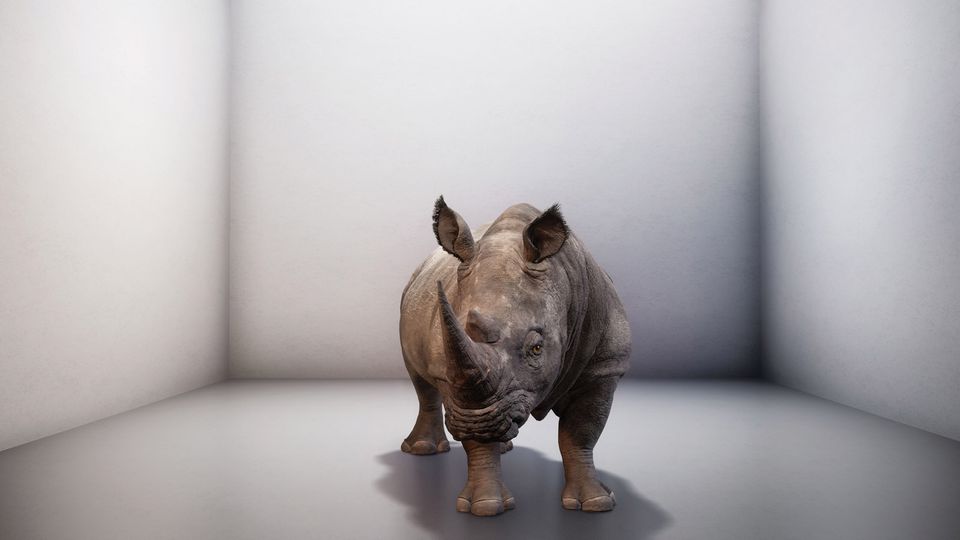 A still from Ginsberg’s video The Substitute, which examines the recreation of lost species © Cooper Hewitt

One million species of plants and animals face extinction due to climate change, according to a report released by the United Nations last month, and the implications for human survival will be devastating. Scientists have been raising the alarm about the impending environmental catastrophe for decades, but they are not alone, as many artists have made vanishing species the focus of their work.

Warhol famously created a series of screenprints of endangered animals in 1983, which raised public awareness for conservation efforts. The populations of some of the species Warhol depicted—including the giant panda, bighorn sheep and bald eagle—have improved enough that they have since been removed from the endangered list. But the Louisiana-based artist and biologist Brandon Ballengée has been documenting hundreds of others that have been lost. In his series Frameworks of Absence, begun in 2006, Ballengée cuts out the images of extinct animals from historical prints and illustrations, from the Dodo, which died out in the 17th-century, to the Pinta Island Tortoise, which became extinct when the last living individual, named Lonesome George, died in 2012. "We have lost over 40% of amphibians since I have been alive on this planet, and upwards of 98 percent of some monarch butterfly populations since the 1990s," the 45-year-old artist said. "In 2017, we had our first case of a type of bumblebee being placed on the endangered species list." 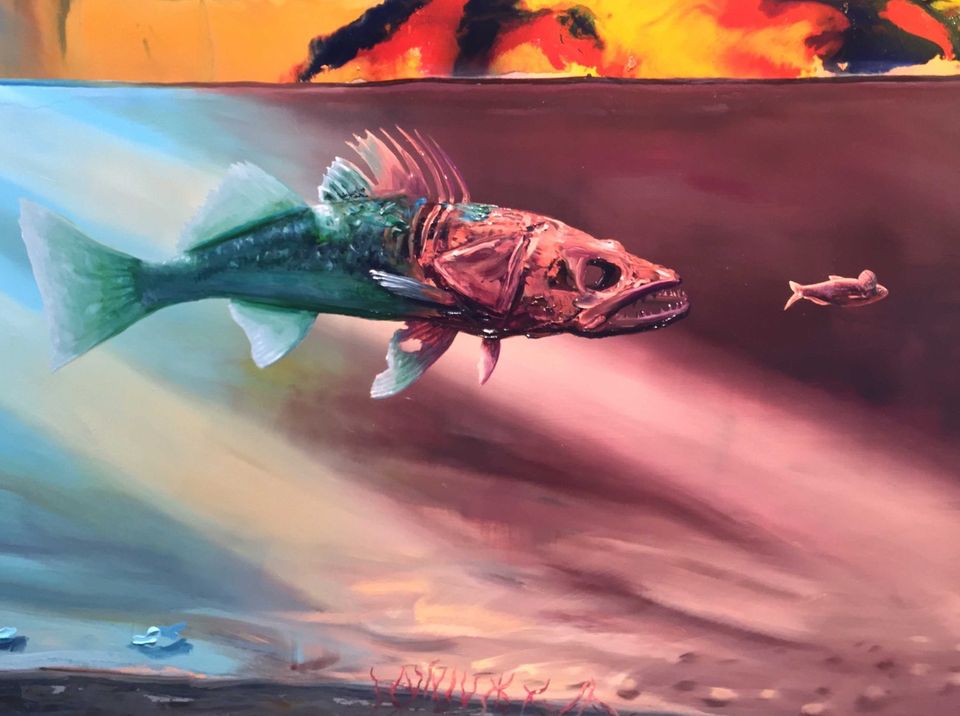 Alexis Rockman's murals for the Great Lakes Science Center in Cleveland shows a half-dead Blue Pike, a subspecies of wall-eye that was once endemic to the Great Lakes region but has not been seen there since 1983

Alexis Rockman has been including extinct species in his paintings since the 1980s, and his latest public commission, a 16ft-long mural for the Great Lakes Science Center in Cleveland, shows a half-dead Blue Pike, a subspecies of wall-eye that was once endemic to the Great Lakes region but has not been seen there since 1983. The skeletal fish is swimming in the Cuyahoga River, which has been so polluted by industrial and urban runoff that it has several times caught fire. A fire in 1969 helped spur the environmental movement in the US and led to the creation of the Clean Water Act and the Environmental Protection Agency—which US President Donald Trump has been seeking to weaken.

Alexandra Daisy Ginsberg has digitally recreated one lost animal, the last male northern white rhinoceros, Sudan, which died last year, bringing his subspecies to the brink of extinction. Since then, a series of controversial experimental biotechnologies have been proposed using Sudan’s genetic material. Her work The Substitute (2019), now on view in the Cooper Hewitt’s Design Triennial, aims to question what errors can occur when humans attempt to recreate life artificially and underlines the impossibility of resurrecting extinct species. Another project in the biennial, Resurrecting the Sublime, is an immersive installation that reconstructs the scent of lost flowers, like the Hawaiian wild hibiscus, using DNA from archival. "I want people to feel a visceral, bodily connection to the loss of these extinct flowers or the northern white rhino, reminding us of our role and complicity, however indirect, in their loss."

Ballengée has found an even more direct way to bring back lost habitats and species. Two years ago, he and his family bought a few acres of soy fields and turned them into their own miniature nature reserve and education centre, planting more than 1,000 native trees and re-establishing a small patch of the “Cajun” prairie land, with the help of hundreds of community members. As this project melds art, science and community activism, it is a homage to many artists and their works including Bonnie Ora Sherk’s “The Farm”, Mel Chin and Rufus Chaney’s “Revival Field”, Alan Sonfist’s “Time Lanscape”, Joseph Beuys “Aktions”, varied projects by Helen and Newton Harrison and others.

"The question I always ask myself is, 'Who can save biodiversity? Will it be artists? Will it be scientists? Will it be governments?' I would say it's every single one of us. If two artists from Brooklyn with no prior training can do this anyone can," Ballengée says. "As the extinction crisis rages, many of us will slow it down and even halt it as best we can through creative solutions. Life will persist if we let it."