US anti-money-laundering bill could reappear early next year

Critics say the proposed law, which stalled following the US mid-term elections, would place an unnecessary burden on dealers 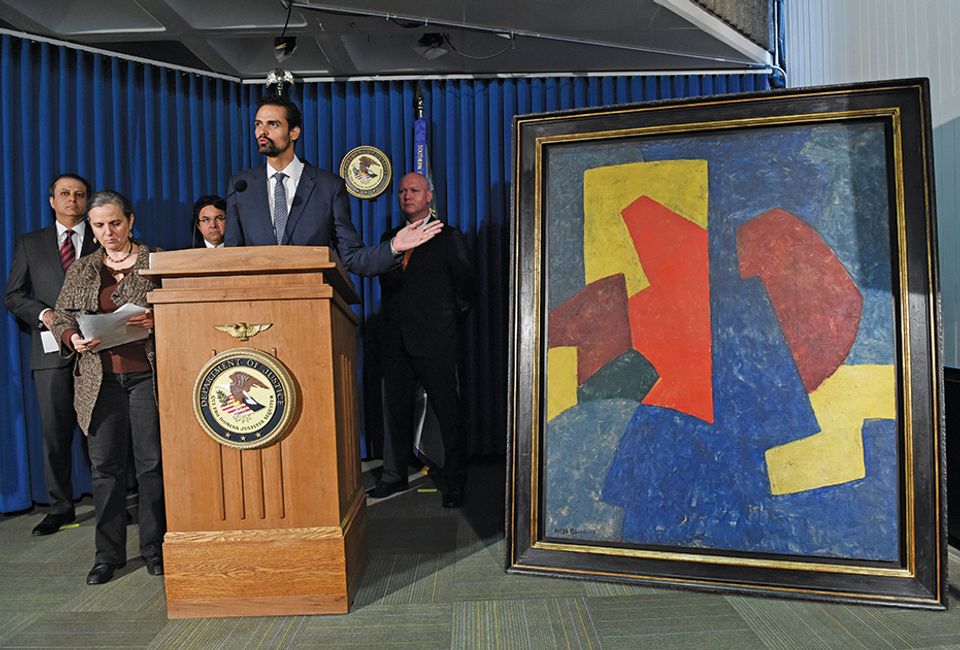 The Illicit Art and Antiquities Trafficking Prevention Act (HR 5886), proposed in the US Congress in May, is now in limbo after the November mid-term elections. However, it could be reintroduced to the new Congress in January 2019, amid a recent rise in anti-money-laundering initiatives worldwide.

In the last month alone, German police raided Deutsche Bank's headquarters in Frankfurt as part of an investigation into the lender's association with criminals laundering money through offshore tax havens, stemming from information in the Panama Papers and Offshore Leaks documents. Last week, the UK parliament suddenly suspended the tier 1 (investor) visa category for new applications due to corruption fears, effective immediately. Known as the “golden visa”, the scheme provided fast-tracked settlement for people willing to invest millions in the UK but was criticised for providing the super-rich with an easy way to launder stolen wealth. New rules to be announced in 2019 will require applicants to provide comprehensive audits of their financial interests.

The initial introduction of HR 5886 in the US came on the heels of the European Parliament’s fifth Anti-Money-Laundering directive, adopted earlier this year, which applies to all businesses selling works of art with transactions of €10,000 or more, irrespective of the payment method. Similarly, HR 5886 would apply the Bank Secrecy Act (BSA) to the art and antiquities market in order to quash money laundering. Dealers would be required to report transactions exceeding $10,000.

The bill would also force those who sell at least $50,000 worth of goods in a year to submit their financial records to the US government. But whether money laundering is prevalent enough within the industry to justify the regulatory burden it could place on dealers has become a point of contention, with some in the trade questioning who the legislation ultimately benefits.

The challenge with regulating the art business, says Andrew Schoelkopf, the president of the Art Dealers Association of America (ADAA), is that “those who seek to regulate it have a poor understanding of how the business actually functions”. He argues that money laundering is “simply not something that’s pervasive” in the art market.

The United Nations Office on Drugs and Crime (UNODC) estimates laundered funds to account for 2%-5% of the global GDP ($800bn-$2tr) annually, but there is no clear data illustrating the scope of money laundering within the art market. Like many high-value assets, art can ostensibly be used to “wash” dirty money—that is, profits gained illegally, often via the sale of drugs or weapons but also through such activities as embezzlement, insider trading and illegal gambling. These assets can then be traded or used as collateral, effectively scrubbing the criminal stain from the ill-gotten cash.

The art industry is an attractive marketplace for such activity for two main reasons. First, it is growing at a rapid rate; the US is the world’s largest art market, valued at $26.6bn and accounting for 42% of the global total of $63.7bn in 2017. A study recently conducted by Deloitte predicts that art and collectible wealth held by ultra-high-net-worth individuals will grow from an estimated $1.62tr in 2016 to $2.7tr in 2026.

Second, the art market is notoriously inscrutable—the price of a work of art is more subjective, and therefore volatile, than that of many other commodities. James McAndrew, a former specialist at US Customs and the Department of Homeland Security (DHS) and a forensic specialist in international art trade at the New York-based law firm GDLSK, says it is for that same reason that money laundering is less of an issue in reality than it is in theory—art is highly illiquid and difficult to sell. When it comes to high-priced works of art, especially those sold through legitimate dealers and auction houses, it is even harder to fudge the funds. “It’s like buying a house. You want a clear title,” McAndrew says. 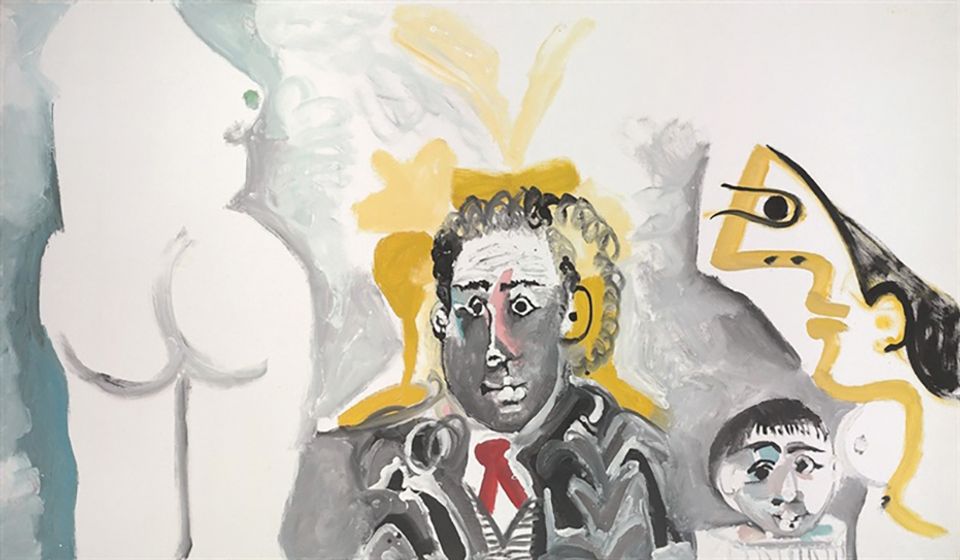 Within the last decade or more, there have only been a few instances in which works of art were used as an accessory to money laundering, including the high-profile case of Brazilian banker Edemar Cid Ferreira in 2005, who smuggled works of art out of the country to hide illegal profits. In March, as part of an FBI sting operation to bust a $50m international securities fraud and money laundering scheme, the London-based dealer Matthew Green was charged with being part of a plot to “clean-up” £6.7m through the sale of a Picasso. He is yet to plead.

The common trait of both cases is that money laundering through art was just a small part of a bigger criminal operation—there have been no convictions to date for pure money laundering in the art trade. “Increased AML [anti-money laundering] legislation for the art world just seems like an opportunistic measure for prosecutors in order to force guilty pleas for unrelated corruption-and-fraud type crimes,” says Peter Tompa, the director of the Global Heritage Alliance and of counsel at the Washington, DC-based law firm Bailey and Ehrenberg.

Yet when Congressman Luke Messer, a Republican from Indiana, introduced HR 5886 in the US House of Representatives in May, his chief stated aim was to counteract terrorist financing “and crack down on terrorist organisations like ISIS”. It represented the evolution of a bill that had died on the Senate floor in 2016—the Terrorism Art and Antiquity Revenue Prevention Act, which was specific to the sale of looted antiquities from countries such as Iraq and Syria.

“Money laundering is a very different issue for antiquities than it is for art at large,” Tompa says, adding that he agrees such legislation could help promote the repatriation of looted antiquities, though a recent US State Department-funded study found that the Islamic State (IS) probably made little more than $1m from the sale of such objects—a far cry from the previously stated estimate of anywhere from $4m to $7bn. There is little to no numeric evidence connecting US art sales with IS or other terrorist activities.

That has not dissuaded proponents of the bill. “It’s challenging to put a number to a trade that by its very nature is secretive,” says Deborah Lehr, the chairman and co-founder of the Antiquities Coalition, a private archaeological advocacy group with ties to Unesco, based in Washington, DC. For that reason alone, “this area clearly merits a closer evaluation by authorities”, she says. But opponents say it could put the art trade in a regulatory straitjacket; the ADAA’s Schoelkopf says: “Art dealers are unduly being swept up into the same ball of wax with a handful of sophisticated financial industry fraudsters who don’t abide by regulations like these anyway.”

Furthermore, the majority of US art purchases are by cheque, credit card or wire transfer, all of which pass through financial institutions already subject to the US Treasury’s Financial Crimes Enforcement Network’s (FinCEN) tracking and reporting requirements. “If you make the dealers take this kind of reporting on individually, they’re all going to make their own version of it. It’s not going to be consistent and that will cause more problems,” McAndrew says.

But John Byrne, the vice chairman of AML Rightsource, a professional services firm specialising in AML and BSA compliance, says the art world’s arguments against regulation “are neither compelling nor new”. He adds that, if the bill were enacted, dealers would have “ample opportunity to comment on any regulation so they could make the case on how different they are from traditional banks, so requirements could be tailored”.

Messer lost his bid for a Senate seat this year, so HR 5886 requires a new sponsor and, as such, will lapse at the end of December. But Tompa says the bill is likely to be re-introduced to the new Congress when it is back in session since it appears to still have some support from “certain AML contractors who presumably want to expand their compliance business”.