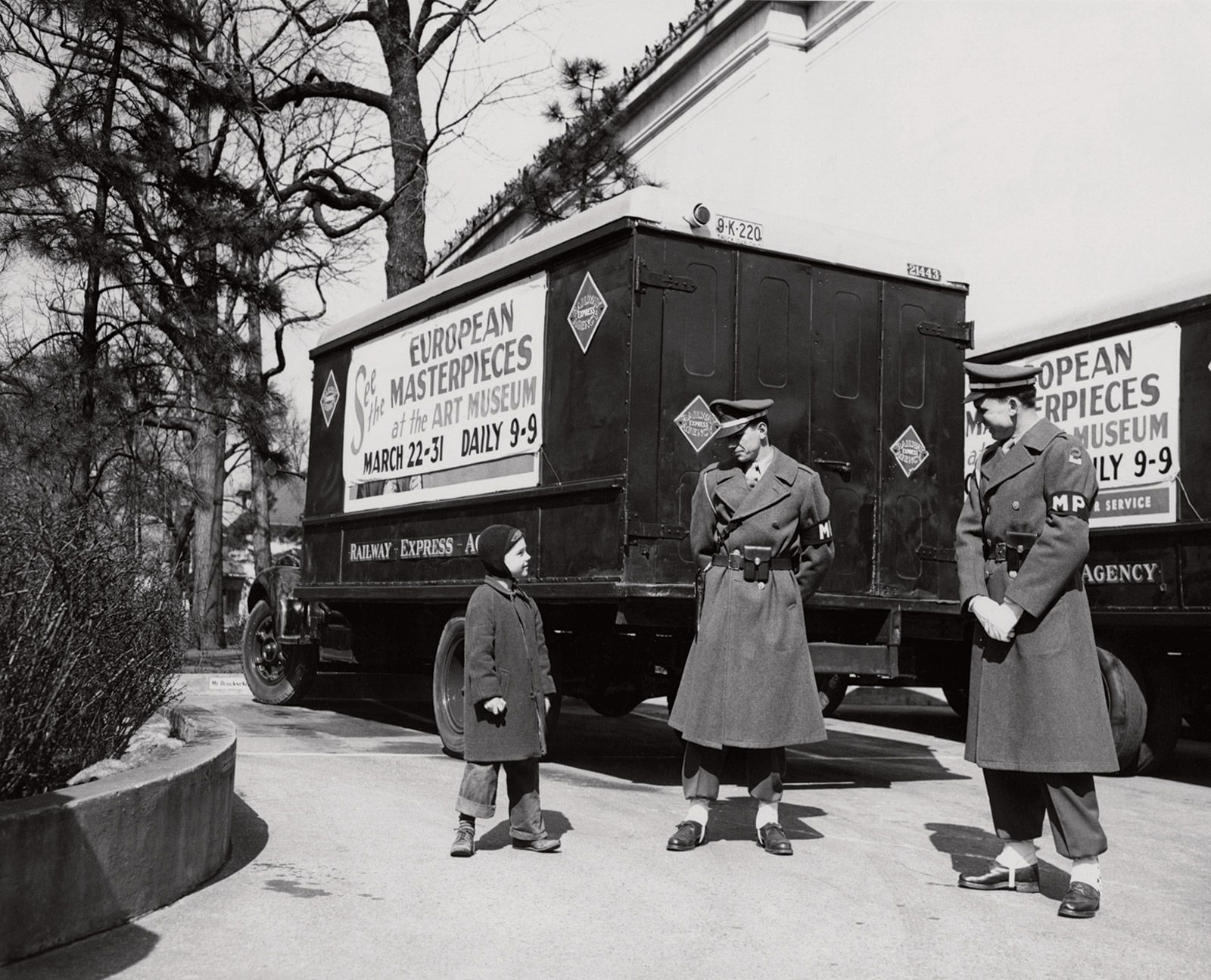 Trucks guarded by the US military brought the Berlin Old Masters to Toledo, Ohio in 1949 Courtesy of Cincinnati Art Museum

A highly controversial operation in which the US Army was accused of “plundering” some of Germany’s greatest treasures is to be examined in an exhibition at the Cincinnati Art Museum next month. Paintings, Politics and the Monuments Men: the Berlin Masterpieces in America (9 July-3 October) reveals how 14 major US museums found themselves caught up in what Cincinnati curator Peter Jonathan Bell describes as a “morally dubious” ­government venture after the Second World War.

In 1945, American members of the Monuments Men—the group of Allied army officers charged with the responsibility of recovering important works of art—risked a court martial by protesting against General Dwight D. Eisenhower’s decision to bring 202 Old Masters paintings from Berlin’s state museums to the US, allegedly for safekeeping. Their advice was ignored, and what became known as the “Berlin 202” pictures were shipped for storage to the National Gallery of Art in Washington, DC.

The pictures were eventually returned to Germany in 1949, but first they were exhibited in DC and then sent on a tour, starting with New York’s Metropolitan Museum of Art and moving on to the major art museums in Philadelphia, Chicago, Boston, Detroit, Cleveland, Minneapolis, Portland, San Francisco, Los Angeles, St Louis, Pittsburgh and Toledo. 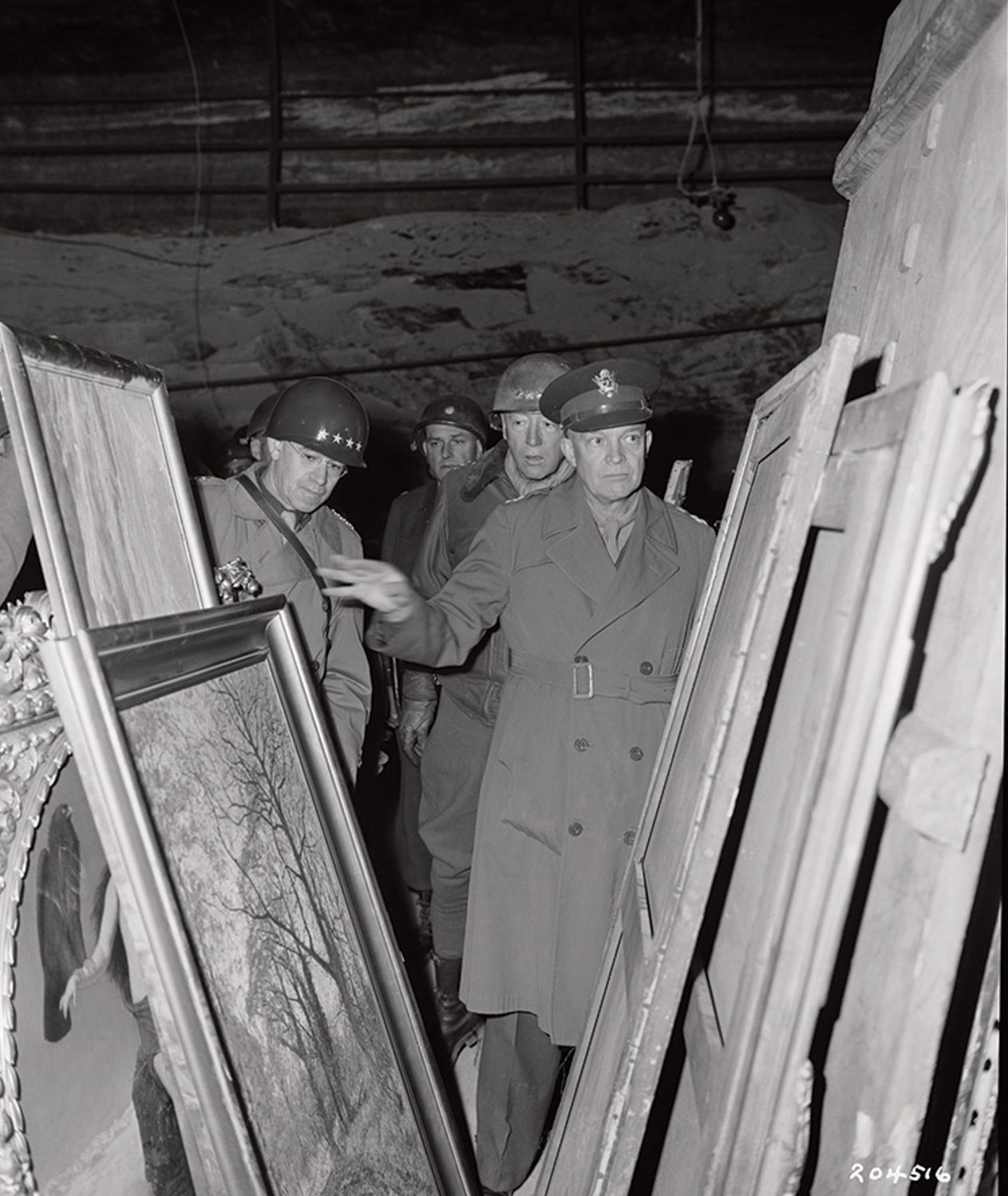 The story began in April 1945, when US soldiers discovered a treasure trove of art in the salt mines near Merkers, in central Germany, hidden by the Nazi regime to protect them from bombing raids. The Monuments Men brought them to a central collecting point in Wiesbaden (near Frankfurt) for temporary storage until they could be returned to their owners. The operation was largely successful for a huge number of works, but Berlin’s finest Old Masters had a different fate.

The US Army decided that the 202 paintings belonging to Berlin museums should be temporarily taken to America, ostensibly for safekeeping, on the grounds that “expert personnel [was] not available to assure their safety” in Germany, according to a White House statement at the time. Dating from the 16th to 19th centuries, they included paintings by Fra Angelico, Bellini, Bruegel, Caravaggio, Chardin, Cranach, Dürer, Van Eyck, Holbein, Manet, Poussin, Raphael, Rembrandt, Rubens, Tiepolo, Tintoretto, Titian, Velázquez and Vermeer, among others.

Walter Farmer (1911-97), the head of the Wiesbaden collecting point (and a Cincinnati citizen after the war), was shocked by the military decision. He feared that this would damage the reputation of the Monuments Men and endanger the condition of the paintings, later describing it as “plunder”. 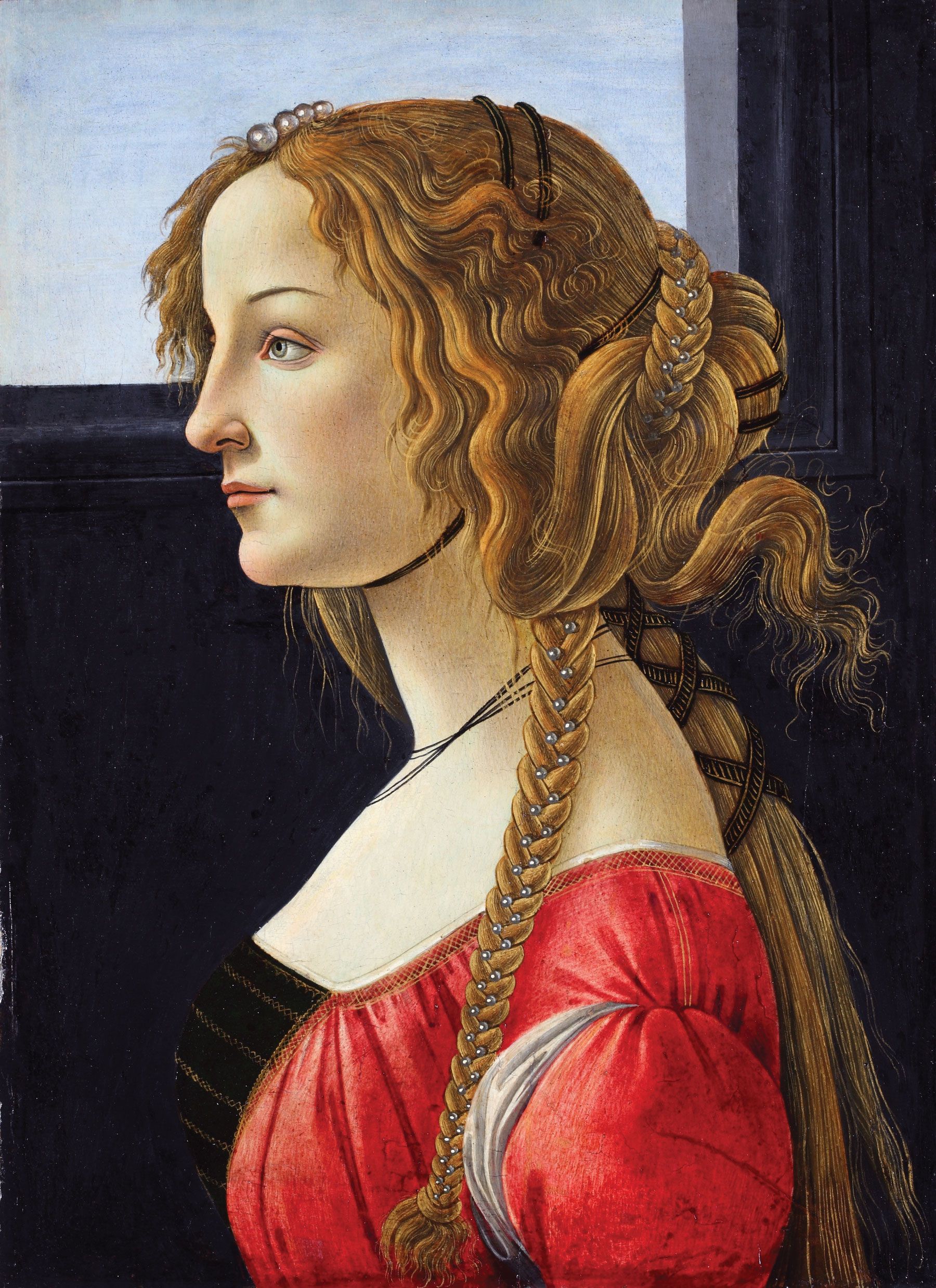 Sandro Botticelli, Ideal Portrait of a Lady (“Simonetta Vespucci”), 1475-80, is among the works that went on tour Staatliche Museen zu Berlin, Gemäldegalerie, 106 A. Courtesy of The Cincinnati Art Museum

In November 1945, Farmer and his fellow Monuments Men signed a letter of protest to their superiors. Later dubbed the Wiesbaden Manifesto, their concerns were ignored within the army—although the leaked document caused concern in art circles. The paintings were sent by sea to America, reaching the storerooms of the National Gallery of Art the following month. A little more than two years later, the US Army decided to return the Berlin 202, but first the pictures were to be exhibited in a tour across American art museums. While officials at the time professed the works were only brought to the US “to protect them until they could be safely returned to their owners,” Bell says, “many would see it as a stretch to say that touring them around is keeping them safer than sitting tight in a museum building in Germany or DC”. Altogether, the exhibitions were seen by almost 2.5 million people. The paintings were eventually shipped back to Germany in groups, all arriving in Wiesbaden by May 1949.

The works’ history does not end with their return to Wiesbaden, because of Germany’s post-war divisions. The paintings later went on display in Wiesbaden’s museum, where they remained until 1956, when they were sent to a museum building in Dahlem, a western suburb of Berlin in the American zone. It was not until 1998, eight years after reunification, that the pictures finally returned to central Berlin, where most now hang in the Gemäldegalerie.

The Cincinnati Art Museum exhibition will include four of the 202 works, which the Gemäldegalerie is temporarily sending on loan: paintings by Konrad Witz (attributed), Philips Koninck, Antoine Watteau and, most importantly, Sandro Botticelli’s Ideal Portrait of a Lady (1475-80). All the Berlin 202 are illustrated in the catalogue, providing a valuable documentary record.