US election casts a shadow over art market

To what extent could national unease affect the autumn auctions?

The US is bracing itself for the political fallout from its presidential election tomorrow, but the art world may already be feeling its economic effects. Along with the plummeting value of the British pound following the country’s Brexit decision, financial uncertainties have spurred auction houses to take precautionary measures for their flagship autumn sales in New York.

Although they are prohibited from collaborating on dates, Christie’s, Sotheby’s and Phillips have all scheduled their major auctions to begin safely after the 8 November vote, pushing Impressionist and Modern art into the third week of the month. For the past two presidential cycles, auctions were held just days after the election—or even, in the case of the 2008 Impressionist and Modern evening sale at Sotheby’s, the day before.

All eyes on America 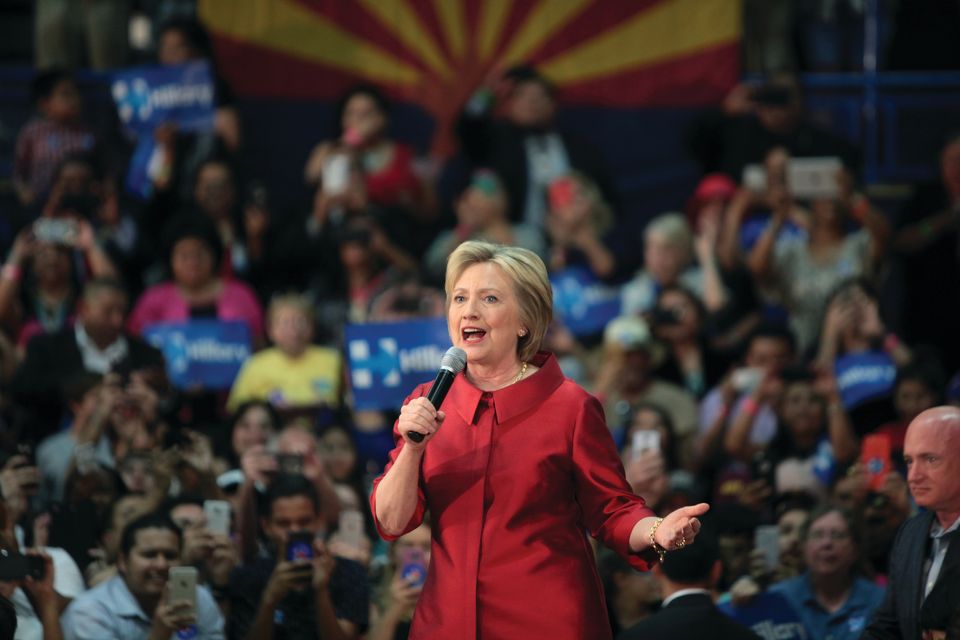 Hillary Clinton at a rally in January 2016. Photo: Gage Skidmore

“The biggest difference compared with previous elections is that it’s not only the focus of America, but of the world,” said Grégoire Billault, the head of contemporary art at Sotheby’s New York, of the company’s decision in late May to hold the sales after the “disruption” of the election. In addition, between October and November, Sotheby’s raised the ceiling on bottom-bracket commissions—on which it takes its largest rate, 25% of the hammer price—from $200,000 to $250,000.

Economists who study the art market agree that, although art is unique, it generally follows the same trends as other assets. A 2009 paper by William Goetzmann, Luc Renneboog and Christophe Spaenjers showed art prices tracking closely with equities performance since at least 1830. Although the art market’s global nature usually insulates it from national events, election jitters tend to engender a scaling back of investments.

Opinion is divided over whether or not an election’s impact on the art trade can be quantified, but Stephen Suttmeier, a technical research analyst at BofA Merrill Lynch Global Research, has concluded that since 1928, the S&P 500 index has dropped 2.8% on average during election years without an incumbent president seeking re-election.

A paradoxical asset The fact that art is a hard asset can make it more valuable in times of extreme uncertainty, says Goetzmann, a professor at the Yale School of Management. During the Second World War, for instance, “you could take a $20m painting and roll it up in a tube and leave the country”, he says.

The art adviser Stephane Connery, formerly of the Impressionist and Modern department at Sotheby’s, recalled that the 2000 election, which was ultimately decided weeks later by the Supreme Court, drove down sales, even in a season of strong estates. “It was very lukewarm, as a consequence, I am convinced, of the uncertainty about that election,” he says. “It does affect business, which creates an opportunity for buyers, if not for sellers. People take their foot off the gas.”

Darius Spieth, an art economist at Louisiana State University, endorses the idea of moving the auctions on a consumer behaviour rationale. “There’s often an element of mood,” he says. “You need to be in the right kind of mood because, after all, it’s bidding and people make decisions in a split second, so they need to feel a certain sense of ease. It’s a psychological phenomenon.”