Federal attorneys file a civil complaint, but museum says repatriation was already in the works 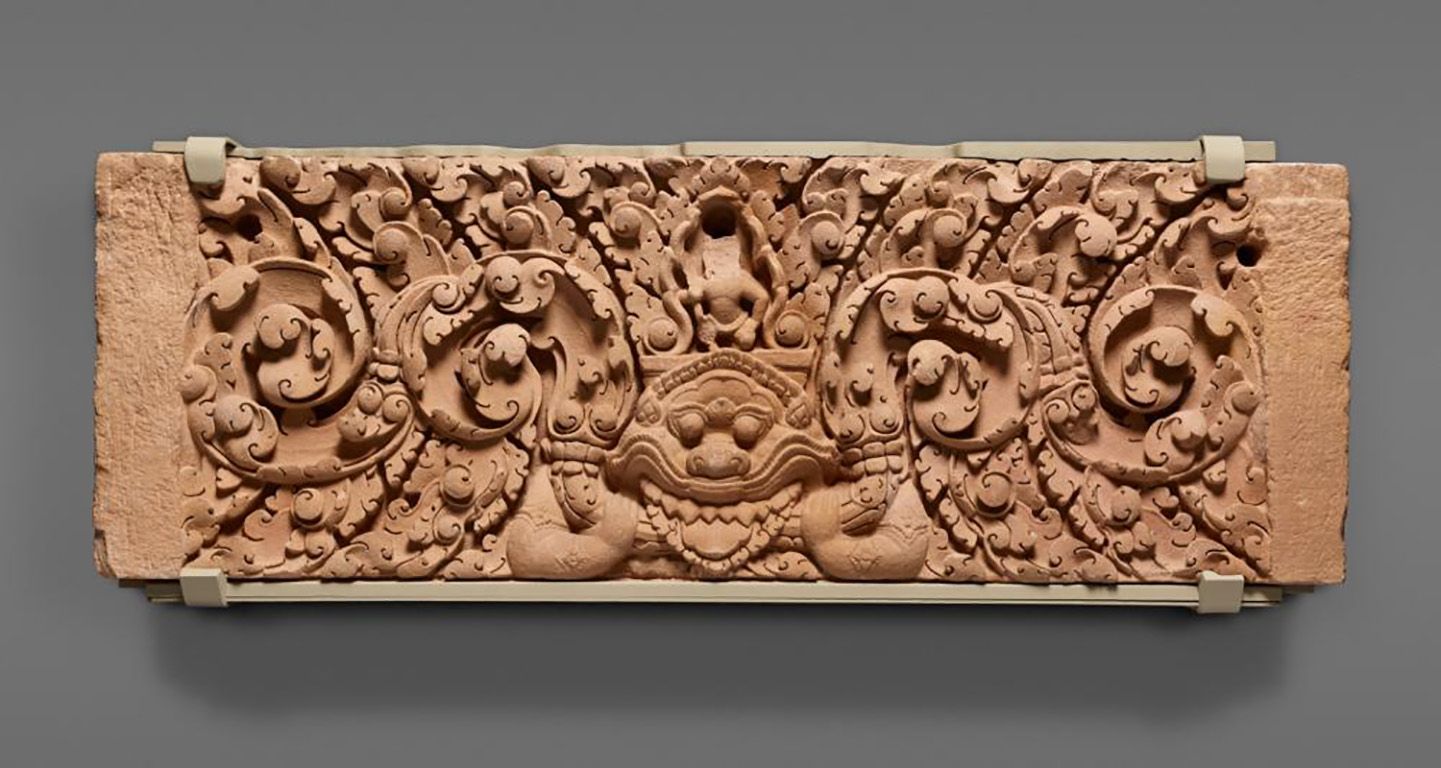 US federal attorneys have filed a civil complaint seeking the return to Thailand of two ornately carved sandstone lintels in the collection of the Asian Art Museum (AAM) of San Francisco. The museum contends that the process for repatriating the objects, which originated in ancient temples, was already underway and that the filing is therefore puzzling.

The two 1,500-pound architectural treasures have been in dispute since 2016, when the Thai consul general in Los Angeles saw them on display at the museum.  According to the civil complaint, filed on 26 October by the US attorney’s office in the Northern District of California, he told a curator there then that the pieces should be returned to his country.

However, it wasn’t until 2017 that the Thai minister of culture met with US Embassy officials in Bangkok and presented information indicating that the two pieces were from Prasat Nong Hong and Prasat Khao Lon in northeastern Thailand,  sites protected under Thai laws since 1935.  Their return was requested, and after the museum was notified, it promptly removed the lintels from public view.

Up to now, says Robert Mintz, AAM’s deputy director for art and programs, there has been no proof that the objects were wrongfully obtained by the museum.  One lintel is from a vast donation from the industrialist Avery Brundage, which helped found the museum in 1966, and the other was purchased in 1968 from a Paris dealer with the advice of Brundage, an avid collector of Asian art and supporter of the Olympic Games.

Then in January, Mintz says, the US. attorney's office sent a list of national archaeology sites that were appended to Thailand’s 1935 law, among them the two sites from which these lintels came.  Since the museum could not find supporting documents authorising the export of the objects, it decided that returning the artefacts was the right thing to do.

The museum’s collection belongs to the city of San Francisco, so deaccessioning requires the approval of San Francisco’s Asian Art Commission. That took place on 22 September, and the museum released a statement about the lintel's imminent repatriation. “Deaccessioning requires two votes, separated by six months’ time,” said Mintz, “so the next meeting is scheduled for March. It’s in our own collections management policy, to prevent rash judgment.”

Then came the filing of the civil complaint on 26 October seeking the forfeiture of the lintels. “US law requires US museums to respect the rights of other countries to their own historical artifacts,” the US attorney, David L. Anderson, said in a news release after the filing. “For years we have tried to get the Asian Art Museum to return this stolen artwork to Thailand. With this federal filing, we call on the museum’s board of directors to do the right thing.”

The timing of the complaint is perplexing, says Mintz, given that the process for returning the lintels was underway and the museum has been in amicable contact with the Thai Consulate in Los Angeles and, through a former curator, with the Fine Arts Department of the Ministry of Culture in Bangkok.  The museum takes provenance issues very seriously, he emphasises.  Jay Xu, the institution’s director and chief executive, “has said that each curator should devote some of their time to looking at the provenance of objects in their collection, especially the ones obtained earlier”, he adds.

The US attorney’s office was contacted to clarify its position but declined to comment beyond the news release it issued about the filing. The Asian Art Museum must now deal with the issue through its lawyers at the San Francisco city attorney’s office.

Today Brundage’s legacy is under a cloud because of questions regarding the provenance of some objects as well as the collector's overt prejudices.  In September  the museum saw fit to remove his bust from its vestibule and put it in storage.  "We took down the bust because Brundage’s racist, sexist and anti-Semitic words, and actions, simply don’t reflect our values as a public museum that welcomes everyone,” Xu writes. “As this moment has shown us all, values matter.”