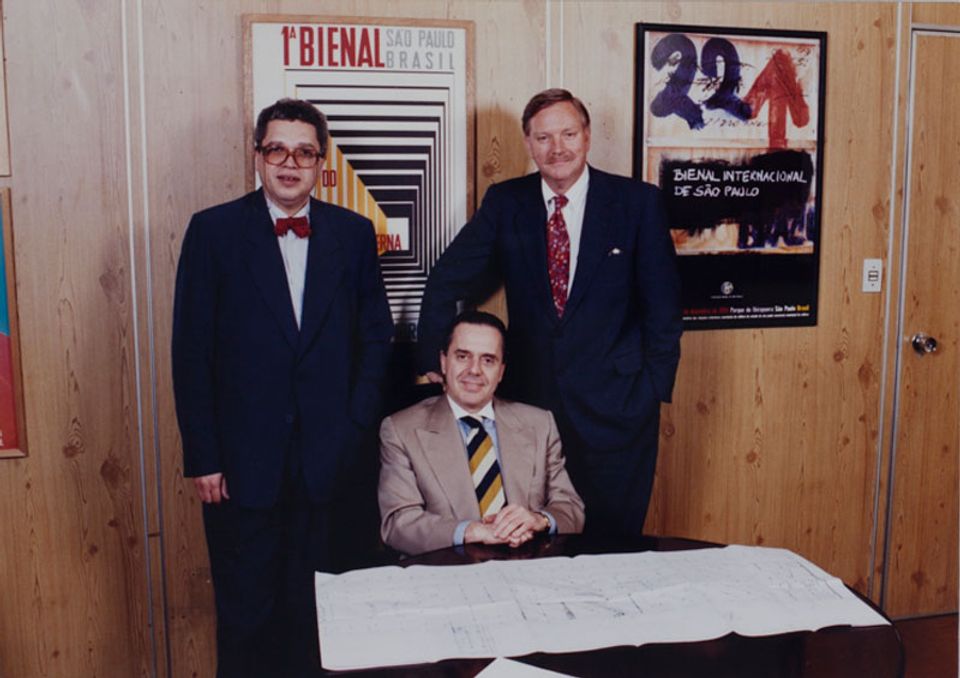 A fresh cache of art previously owned by the money laundering Brazilian banker Edemar Cid Ferreira could be hitting the auction block in the near future. US authorities have announced that they are formally returning 95 works of art to Brazil that were smuggled out of the country by Ferreira, the former president of Banco Santos, and confiscated over the past decade. The repossessed art includes Woman, a sculpture by Henry Moore; photographs by Julia Margaret Cameron, Man Ray, and Nan Goldin; prints by Louise Bourgeois; paintings by Rufino Tamayo, Francis Picabia and Helen Frankenthaler; and contemporary works by Anish Kapoor, Vic Muniz, Patricia Piccinini and Tracey Moffatt.

“Our office is proud of our role in returning these treasured works of art,” said Joon Kim, the acting district attorney for the southern district of New York, in a brief statement. “These works were used to mask an audacious criminal scheme by Edemar Cid Ferreira.”

Following revelations that it defrauded creditors of roughly one billion dollars, Ferreira’s Banco Santos collapsed in 2005, and Ferreira was sentenced to 21 years in prison for money laundering and crimes against Brazil’s financial system the following year. His art-filled mansion in São Paulo's Morumbi neighbourhood was compared to a private museum, but when the banker’s assets were seized by the court, Brazilian officials found that a chunk of his unlawfully funded art collection, reportedly valued in the tens of millions of dollars, was missing. They subsequently enlisted the help of Interpol and the US to recover the objects.

The US Attorney’s Office and Homeland Security Investigations have found and repatriated several valuable pieces in recent years, some of which have later popped up at auction to pay off Banco Santo’s creditors. In October 2016, a year after officials returned Jean-Michel Basquiat’s Hannibal (1982) to Brazil, the work showed up in a contemporary art sale at Sotheby’s London, where it fetched £10,565,000. In November 2015, five years after they reclaimed Roy Lichtenstein’s Modern Painting with Yellow Interweave (1967), it sold at Sotheby’s New York for $3.4 million.

They located the latest stockpile of art from sources in France, the United Kingdom, and the Netherlands. In the US, third parties voluntarily turned over two of the works. Together they are headed to the Judicial Administrator in Brazil so that they “may be disposed of and distributed as part of the Banco Santos bankruptcy estate,” according to the US Attorney Office’s stipulation and order.