USC Seven artists get their ‘graduate’ shows in Los Angeles

The seven students who dropped out of the University of Southern California’s Roski School of Art and Design last year to protest changes to the administration and curriculum never had the chance to present their thesis exhibitions, a rite of passage for art students. Now, they have the opportunity to show their work to a potentially much larger audience. A new artist-run space in Los Angeles will present a series of solo exhibitions of new work by the so-called USC Seven (Sid M. Dueñas, Lauren Davis Fisher, Lee Relvas, Edie Fake, George Egerton-Warburton, Julie Beaufils and Ellen Schafer) for eight weeks from 9 June.

The project is characteristic of the founders’ lofty vision for PSSST, a 5,000-sq-ft exhibition and residency space due to open in Los Angeles’s Boyle Heights neighbourhood in May. The non-profit space, founded by the artist and composer Jules Gimbrone and the artist Barnett Cohen, aspires to be a kind of artistic utopia: a place where underrepresented artists—women, people of colour and those who identify as LGBTQ—can show interdisciplinary work in a nurturing environment without the pressure to sell or satisfy curators, dealers or collectors. “I feel like artists are in crisis in this moment,” Cohen says.

When the USC Seven—the school’s entire 2016 class, who now call themselves MFA No MFA—dropped out en masse, “there was kind of a collective nodding of heads among my peers and people who are still in grad school”, Cohen says. He and Gimbrone wrote that the decision “exposed the failings of the institution, the fallacies of what an MFA can honestly provide and the unsustainably of graduate-level art education as it is currently structured. We founded PSSST on the principle of artists supporting artists and we therefore felt compelled to open our space in solidarity.”

The space, a former Thai food distribution plant, will house four artist studios (two for Cohen and Gimbrone and two for rotating artists-in-residence) as well as a flexible space with a sprung floor and theatrical lighting for dance and theatre performances. The founders will take cues from venues like the Kitchen and Issue Project Room in New York, which seek to show art that does not fit comfortably within any one genre or discipline. “There isn’t really a space like this in Los Angeles,” Cohen says. 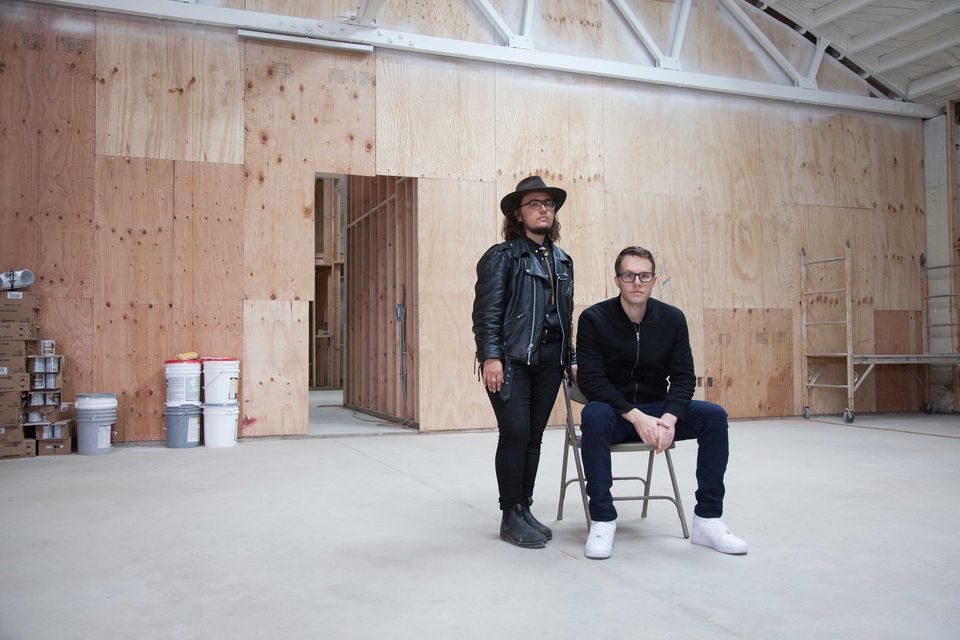 The warehouse was purchased and retrofitted by a “philosophically aligned donor” who prefers to remain anonymous. (Some Boyle Heights residents have protested the influx of galleries to the area and the gentrification that follows; Cohen told the New York Times that the donor was not a real-estate developer.) PSSST will rely on private donations and grants for the majority of its operating expenses. It will also take a 30% commission on any sales of works of art.

The organisation’s advisory board includes leading lights of the Los Angeles art world, such as A.L. Steiner, who stepped down as director of the USC MFA programme last year, Jamillah James, an assistant curator at the Hammer Museum, and Michael Ned Holte, a professor at the California Institute of the Arts.

One of the two studios will be reserved for an LA-based artist who could not otherwise afford studio space in the city, Cohen says. The first local artist-in-residence, Guadalupe Rosales, will spend the 11-month term developing an archive of 1990s LA Chicano party crew memorabilia collected from the surrounding neighbourhood. A solo exhibition of Rosales’s work is due to open at PSSST in January 2017.

Moving forward, Cohen and Gimbrone—New York transplants who met as students at CalArts—hope to look beyond their own networks and outside the MFA industrial complex for their residency and exhibition programmes. “It’s not necessarily to provide a person like myself, a white man who has a certain amount of privilege and is coming out of an MFA programme, with studio space just because I can’t afford one,” Cohen says. “Our aim is to look at the institutional models that exist within the art school framework and try to explode them.”