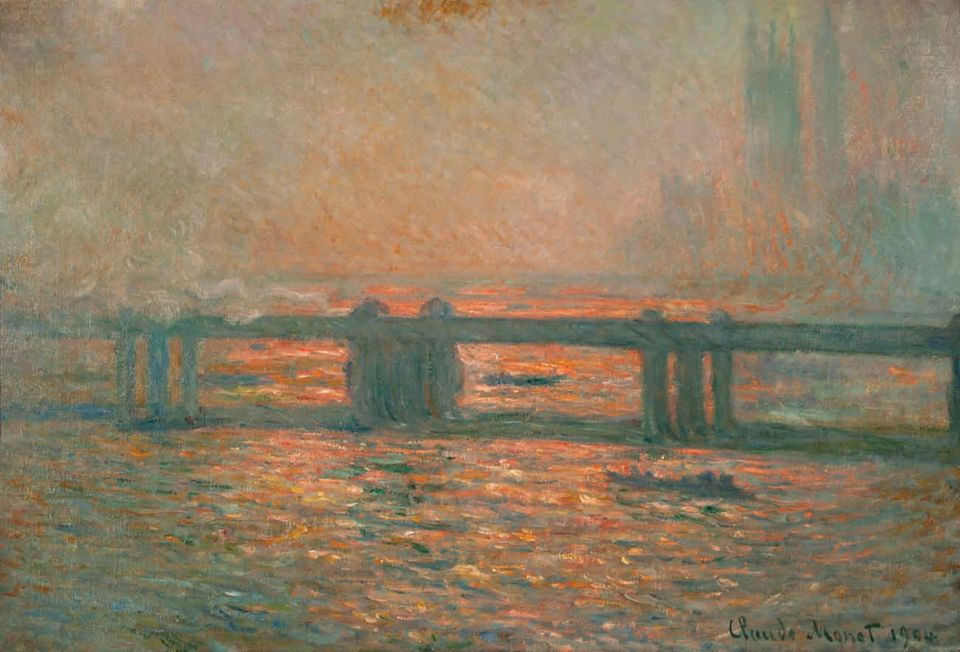 A Monet painting of London’s Charing Cross Bridge has been sold privately for $63m. Although owned by a British collector for nearly 70 years, it has just been granted an export licence and has gone abroad. Monet started the painting on his visit to London in 1901 and reworked it in Giverny, completing it three years later. In 1932, it was bought at Christie’s for £210 by the 9th Duke of Marlborough, who lived in Blenheim Palace in Oxfordshire. Monet painted nearly a hundred London pictures, only a few have ever been owned by British collectors.

The 9th duke sold Charing Cross Bridge just eight days before his death in 1934 and in 1950 it was bought by Alexander Margulies, the owner of a London-based watch and jewellery company. After Margulies’s death in 1992 there was a dispute over his estate, but the High Court ruled that the Monet and other items should be shared among his three children. Monet’s Charing Cross Bridge remained with his descendants and was exhibited in Tate Britain’s Impressionists in London exhibition last year.

The anonymous foreign buyer of the Margulies painting applied for an export licence to take it out of the UK. The Export Reviewing Committee’s expert advised that a licence should be deferred, to enable a UK buyer to match the price, on the grounds of its importance. Their advice was not accepted by the committee, which decided that the Monet did not fall under the so-called Waverley Criteria, and an export licence was granted. The fact that the price was in dollars suggests that the painting has not gone to Europe, and perhaps more likely went to an American or Asian buyer.