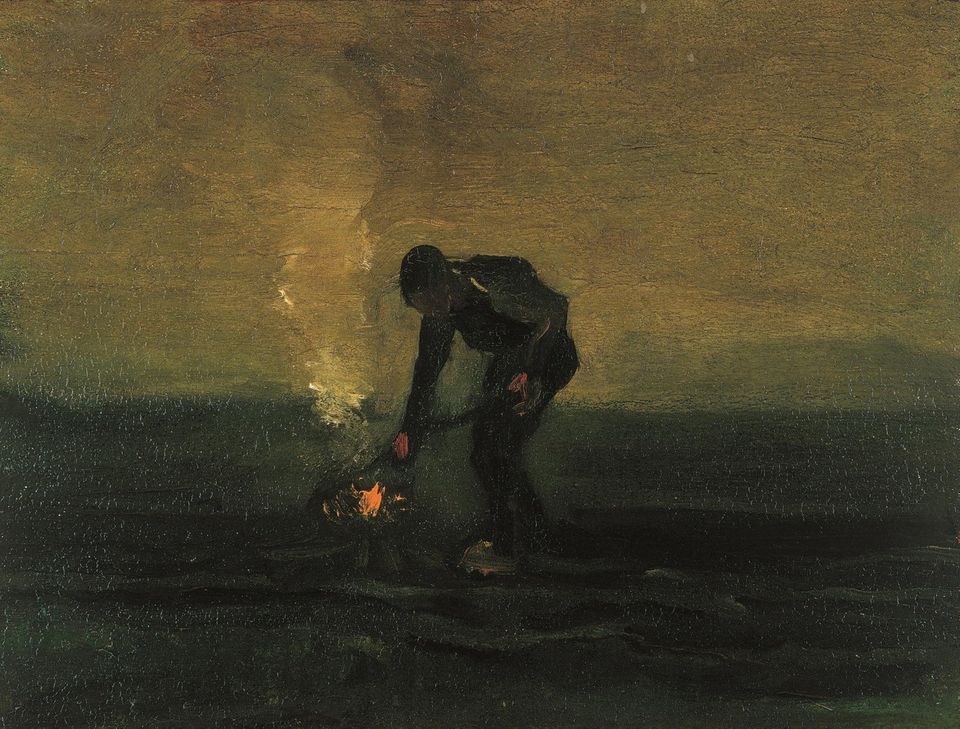 Van Gogh painted Peasant burning Weeds when he visited Drenthe in the north of the Netherlands Courtesy of Drents Museum, Assen and the Van Gogh Museum, Amsterdam

A painting by Vincent van Gogh from the artist’s Drenthe period has been bought by two Dutch museums, the Van Gogh Museum in Amsterdam and the Drents Museum in Assen. Acquired yesterday at Sotheby’s, New York, they paid $3,140,000 for Peasant burning Weeds, over five times the low estimate ($600,000-$800,000).

Very few of Van Gogh’s oil paintings survive from his Drenthe visit, so it extremely unusual for one to come onto the market. They are painted in dark, moody tones, predating the exuberant colouring of his later French pictures that now attract the really high prices. This explains the relatively low Sotheby’s estimate and the fact that the two Dutch museums were prepared to bid so much higher.

Van Gogh went to Drenthe, a remote province in the north of the Netherlands, to escape from the pressures of living in The Hague—and to break off his difficult relationship with Sien Hoornik, the former prostitute with whom he was living. He worked in the villages of Hoogeveen and Nieuw-Amsterdam from September to December 1883.

Peasant burning Weeds can be dated from one of Vincent’s letters, which included a small sketch of the picture. On 22 October 1883 he wrote to his brother Theo: “I’m still working on that weed burner, whom I’ve caught better than before in a painted study as far as the tone is concerned, so that it conveys more of the vastness of the plain and the gathering dusk, and the small fire with the wisp of smoke is the only point of light.” At this stage he had only been painting in oils for just under two years.

The painting Peasant burning Weeds has been bought jointly by the two Dutch museums, partly with grants from the BankGiro Loterij, the Mondriaan Fund and the Vereniging Rembrandt. The work will be exhibited alternatively at the Drents Museum and the Van Gogh Museum, starting at the museum in Drenthe.

The artist mentions 18 oil paintings in his Drenthe letters, but a Van Gogh Museum statement says that “only five paintings” survive, all now in Dutch museums—three at the Amsterdam museum, one at the Drents Museum and the newly acquired, jointly owned work. This suggests that two other Drenthe pictures in the catalogues raisonées, Farms between Trees and Landscape at Nightfall, were either painted elsewhere or are not authentic. A Van Gogh Museums spokeswoman says that its curators have been unable to study these two pictures and "further research is needed".

UPDATE: It was later announced that Paysan brûlant de mauvaises herbes had been acquired jointly by the Van Gogh Museum in Amsterdam and the Drents Museum in Assen.

• For more on Van Gogh, follow our weekly blog by Martin Bailey, Adventures with Van Gogh