A late landscape painted by Vincent Van Gogh in Arles the year before he died, and one of the last great Suprematist paintings by Kazimir Malevich in private hands will headline Sotheby’s Impressionist and Modern art sales in New York on 5 November.

The auction house, which has led rival Christie’s in the past eight of ten sale seasons in this field, will be selling a group of ten works from a collection assembled in the 1940s and 50s by the Belgian collectors Louis and Evelyn Franck. “This is one of those fantastic post-war time-capsule collections that there are now so few of,” says Simon Shaw, the co-head of Sotheby’s worldwide Impressionist and Modern art department.

The paintings, which have been hanging on the walls of the Fondation Gianadda in Martigny, Switzerland since 1997, include Van Gogh’s Paysage sous un ciel mouvementé (1889), a view across the pretty prairies of Arles, France, set underneath a turbulent expressionist sky. Van Gogh painted some of his best known works during this period in Arles, including Starry Night (1889), Sunflowers (1888) and Night Café (1888).

Sotheby’s has set the estimate on the landscape between $50m to $70m, but bidding may well exceed those amounts given the high prices the house has recently realized for works painted during Van Gogh’s final years. Since 2014, Sotheby’s has sold three works from this period, including L’Allee des Alyscamps (1888) in May last year for $66.3m to a private Asian collector. It marked the highest price paid for a work by Van Gogh since the $82.5m paid in 1998 for Portrait du Dr Gachet (1890) at Christie’s New York.

Other works in the Franck collection include a Blue Period pastel by Picasso—Nu au jambs croisées (1903), estimated between $8m to $12m, as well as works by Cézanne, Toulouse-Lautrec, Van Dongen and James Ensor. 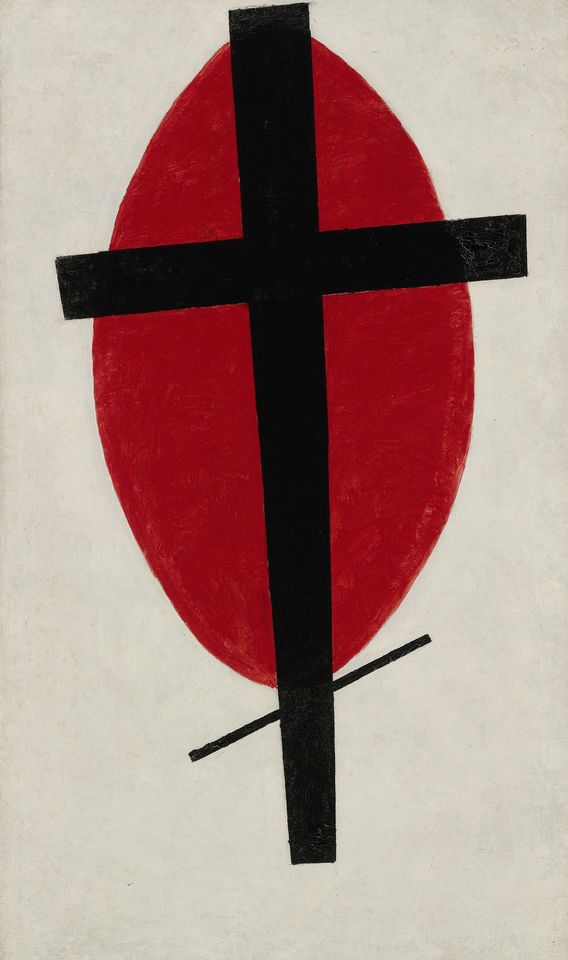 Sotheby’s is also offering Mystic Suprematism (Black Cross on Red Oval) (1920-22) by the Russian avant-garde artist Kazimir Malevich. This is the final work of five that were restituted to the artist’s heirs by the Stedelijk Museum in 2008 as part of a settlement agreement. “This is the most radical and economical of the five where Malevich has pared the work down to this really simple and powerful form,” Shaw says. Two of the restituted works were sold privately, including one to the Art Institute of Chicago, while Sotheby’s set a public record for the artist with another, Suprematist composition (1916), which sold for $60m in 2008.

The estimate for this work is $35m to $45m, though, given the success of a smaller work from the group, Suprematism, 18th construction (1915) which Sotheby’s sold for $33.6m last June, “we’re expecting significant upwards momentum”, Shaw says. “It’s very difficult to put a price on this work when it’s a last chance saloon.”