The etched portrait of Dr Gachet, who tended to the artist after he shot himself, was donated by the doctor's son 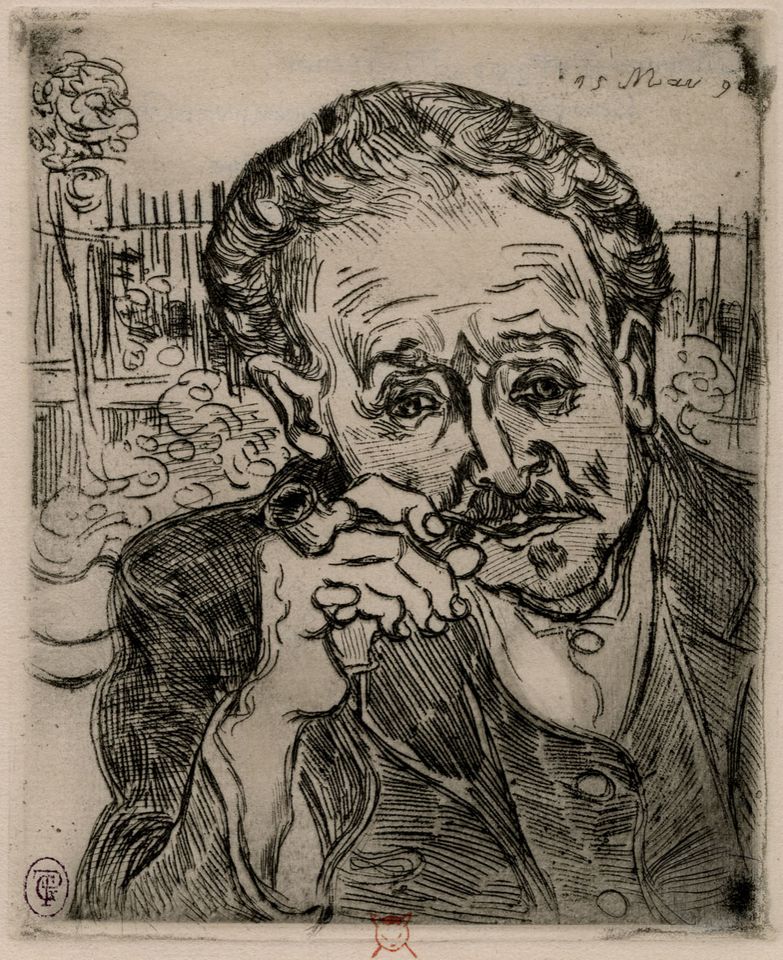 Astonishingly, the British Museum is displaying its only Van Gogh portrait for the first time—in an exhibition entitled French Impressions. The etched portrait of Dr Paul Gachet, who tended the artist after he shot himself, was donated to the museum by his son in 1923.

The etching, the only one Van Gogh ever made, was drawn in Dr Gachet’s garden in Auvers-sur-Oise after lunch on 15 June 1890 (the inscribed month “mai” is incorrect). Posed deep in thought, with a melancholic air, the doctor smokes his pipe. 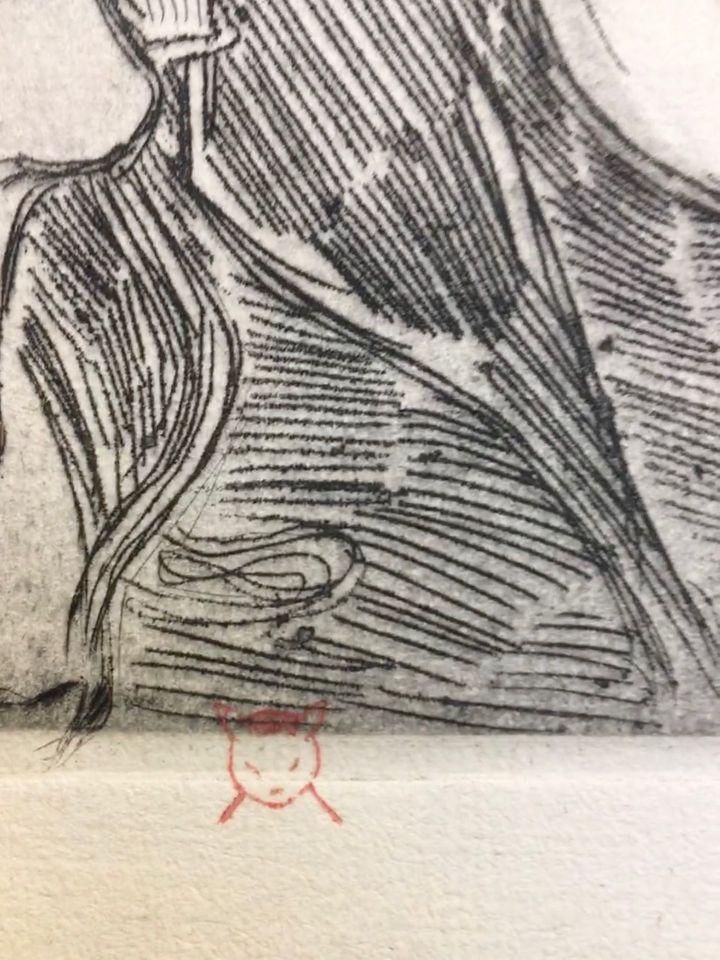 Dr Gachet’s stamp of a cat’s head © The trustees of the British Museum, London

The British Museum’s example has Dr Gachet’s stamp on the bottom margin: a cat’s head with erect ears, in red. The motif reflects the doctor’s love of animals. When Vincent, his brother Theo, sister-in-law Jo and four-month-old nephew visited for lunch a week before the etching was done, they met some of his menagerie. Vincent later recalled how his “little namesake [his nephew] had pretty much his first encounter with the animal kingdom, since there are 8 cats, 3 dogs, as well as hens, rabbits, ducks, pigeons &c. in great numbers around the place”.

The museum’s example of the etching has only been displayed twice in outside exhibitions: in a show on British collectors of Van Gogh at Compton Verney and the National Gallery of Scotland in 2006 and one on Bedlam at London’s Wellcome Collection in 2016-17. (Declaration of interest: I curated the 2006 exhibition.) 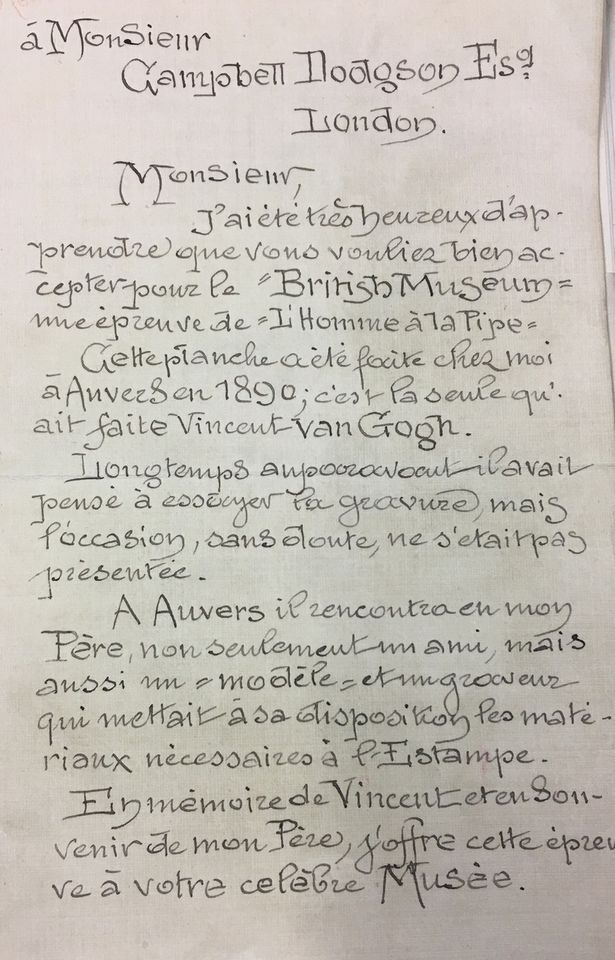 In a previously unpublished 1923 letter to the British Museum’s keeper, Campbell Dodgson, Gachet’s son wrote in his elegant handwriting that he was donating a copy of “L’Homme à la Pipe”. As Gachet Jr recalled about the artist: “At Auvers he met my father, not only a friend, but also a ‘model’ and printer, who put at his disposition the necessary material for the print”. The etching was printed on Gachet’s press.

Gachet Jr ended his letter: “In memory of Vincent and remembering my father I offer this print to your celebrated museum”. The doctor’s son, who died in 1962, would have been delighted that the print has been well preserved, although perhaps disappointed that it took nearly a century for the museum to put the work on display. But that day has finally arrived.

Jennifer Ramkalawon, the British Museum’s exhibition curator, points out that the etching has been available in its study room and has been lent for two shows, “but there has not been an opportune moment to display it at the museum until now”. For an artist who spent years working in France, this exhibition “seems a perfect occasion to present it at the museum for the first time, alongside other radical French art from the same period”.

CORRECTION: We mistakenly stated that L’Homme à la Pipe is the only Van Gogh in the British Museum's collection. However, there is also a Van Gogh lithograph and drawing in its collection.

about 9 hours ago
Can Netflix help solve the Isabella Stewart Gardner art heist?