A mockup of Jessica Angel's Voxel Bridge, which will be installed underneath the Cambie Bridge in Vancouver Courtesy of the artist/Vancouver Biennale

Vancouver commuters headed South on the Cambie Street Bridge next week will find themselves driving into an immersive art world, billed as the biggest blockchain-based augmented reality experience of its kind. Part of the Vancouver Biennale, Voxel Bridge, by Colombian artist Jessica Angel, will transform the underside of the venerable city artery—whose first piled timber trestle incarnation opened in 1891—into an 18,000sq.ft transformative installation.

Exploring how “how public space can be constructed and utilised in both digital and physical realities”, the work will be both a physical work of art and a digital one. A vinyl overlay installed directly on the underside of the bridge deck, extending around the columns and down to the ground, will make the structure look like a slightly skewed circuit board. A kind of optical illusion, viewers may feel as if they are floating off the sidewalk or are literally part of the city grid. The work’s title is based on the name for a single point in three-dimensional computer graphics, similar to how a two-dimensional point is called a pixel.

The augmented reality part of the work will be accessed via the Vancouver Biennale app available for free on Mac and Android devices. Angel developed the online element in collaboration with Spheroid Universe supported by blockchain technology on the multichain network Kusama, aimed at developers building decentralised applications. 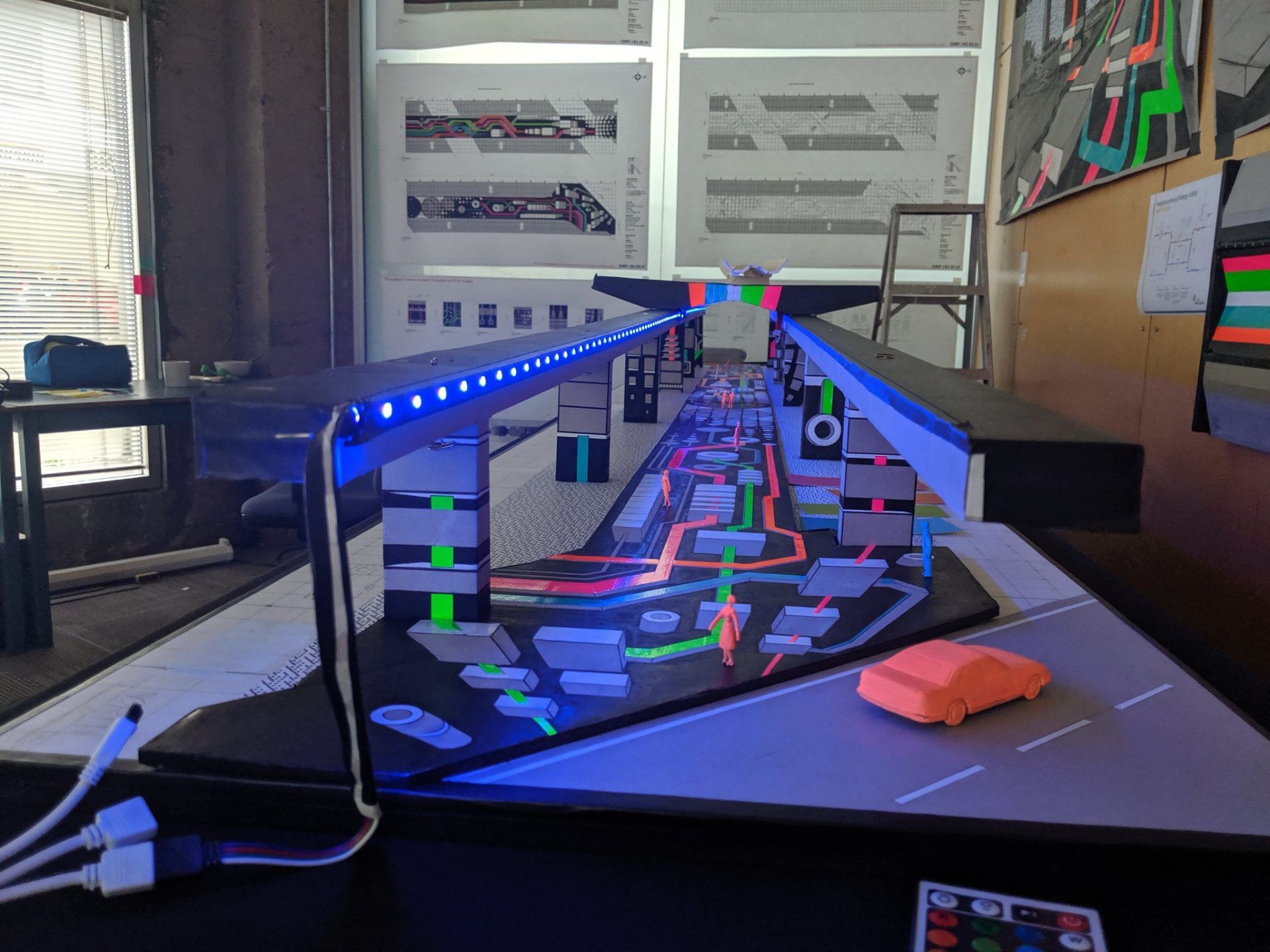 Armed with a mobile device, visitors can walk “through” the mural — thanks to QR code-like markers embedded in the vinyl, which will allow viewers to “interact” with digital objects that contain messages, videos, and visualisations of live data in real time.

Viewers can see, touch, and hear the history of the Kusama Network via twenty different interactive animations, each one a unique NFT (non-fungible token) that exists on the blockchain. These pieces of digital art will in turn be sold on the Kusama art market place RMRK, with the proceeds helping to offset the cost of producing the project, which was $300,000, well over its initial budget, according to the Vancouver Sun.

“Now that the very definition of public has evolved to mean virtual, it was a logical evolution for us,” say the Vancouver Biennale’s president and artistic director Barrie Mowatt.