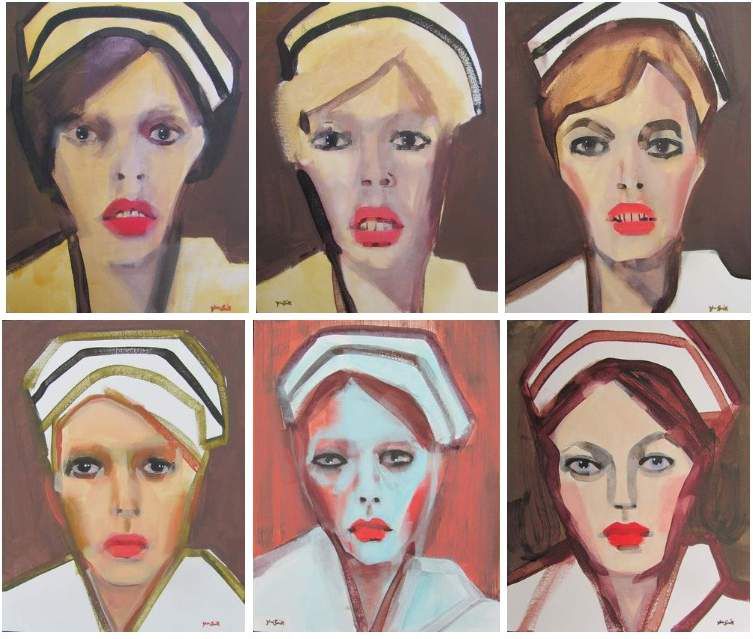 Once an inspiration to a generation of would-be Riot Grrls, the Vancouver-based painter Jean Smith is now carrying a torch for every artist who dreamt of quitting their day job and making a difference through their work.

Since 2016, Smith has been creating a series of enigmatic portraits that are selling like hotcakes on her Facebook page. So far she has sold more than 1,500 canvas works that get snapped up within minutes.

The haunting portraits of women with angular faces, expressive dark eyes and plump red lips—differentiated by their accessories—are selling fast thanks to their US$100 price point. The artist—half of the seminal 1980s punk rock duo Mecca Normal and precursor to the underground feminist movement known as Riot Grrrls—was inspired by the tradition of bands like the DIY style, anti-establishment Fugazi, who performed $5 gigs to increase accessibility. Her success has allowed Smith—who is also a novelist—to quit her day job at a Vancouver garden centre and work full time as an artist.

Smith has now raised more than $150,000 for her pet project, the Free Artist Residency for Progressive Social Change. She plans to purchase a suitable property for the residency, which will house her as well as visiting international artists. With Vancouver real-estate prices some of the highest in North America, edging out the city’s creative class, Smith is looking beyond the metropolitan area, although she says she is “open to sponsorship, partnership, collaboration and philanthropy” in order to secure a more centrally located property. 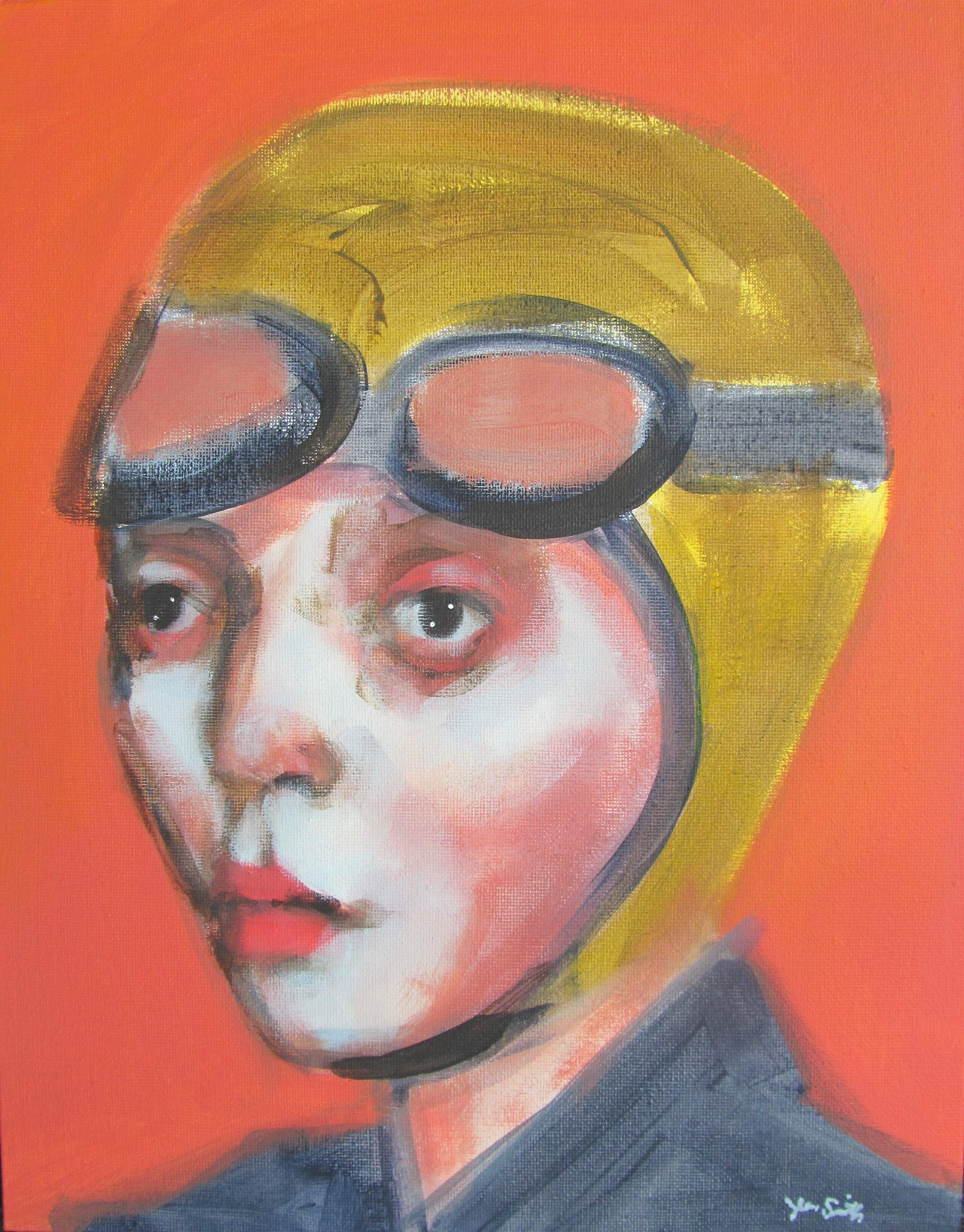 Pioneer of Aviation #27 by Jean Smith

Inspired by photographs, Smith’s paintings (larger works are available at US$650) bear a certain resemblance to the artist. Divided into themes that include Pioneer of Aviation (one work offers a bemused fusion of Smith and Amelia Earhart) Skier, Nurse, Hat and No Hat, the works play with both female stereotypes and aspirations—such as the Affirmative series of mainly black women astronauts—in a way that is fittingly performative.

“There is an intention for emotions and injustices surrounding these images to be visible and understood,” says Smith.