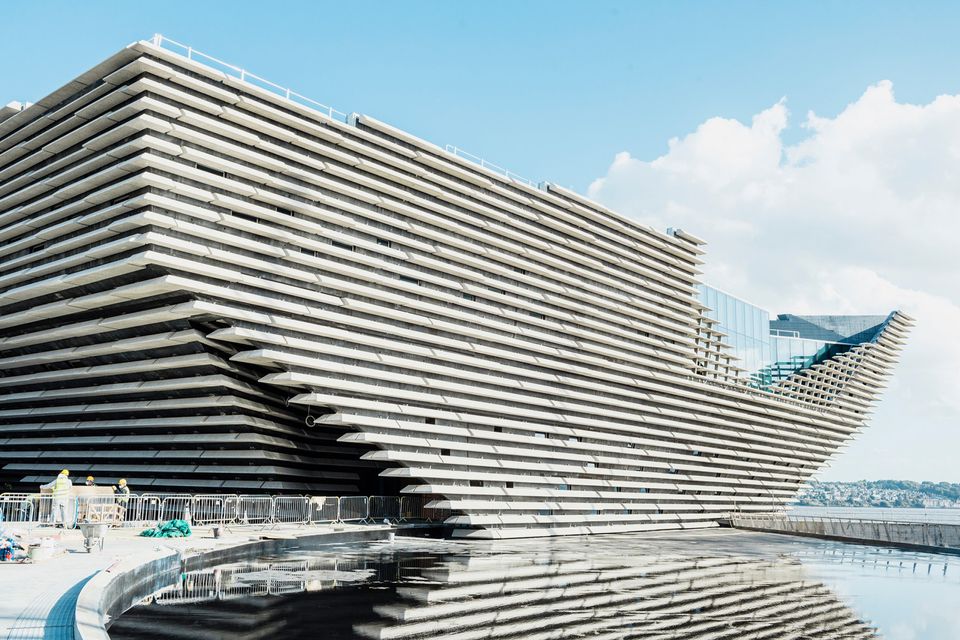 Kengo Kuma, the Japanese architect of the V&A Museum of Design Dundee, visited the project today (18 October), shortly after the temporary cofferdam for the building work had been dismantled from the River Tay, on the east coast of Scotland. The form of the museum is now revealed, with its complex exterior walls, comprising 2,500 panels that curve both vertically and horizontally. These cast-stone panels are up to 4m long, weighing 2 tonnes. The form of the building has been likened to a beached ship.

Kuma hopes the Dundee museum will become a “living room”, for residents to use as an everyday part of their lives. He wants them to find “a harmonious relationship between the museum, the riverside, the city and themselves”. 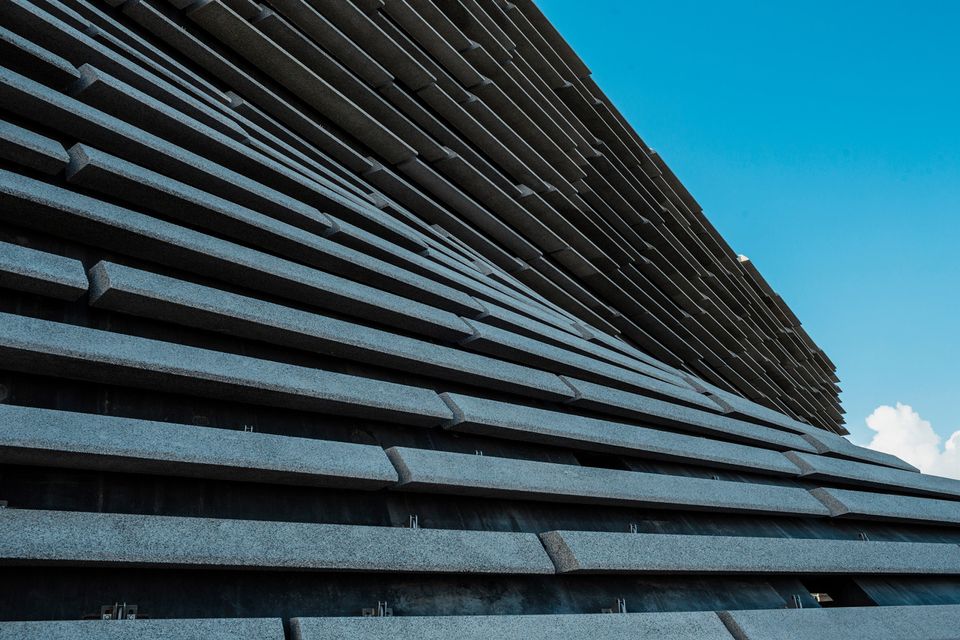 Close-up of one of V&A Dundee’s exterior walls, which comprise of 2,500 panels Ross Fraser McLean

V&A Dundee will have two display areas. One large gallery will tell the story of design in Scotland from the 15th century to today, with two thirds of the objects being lent by the Victoria and Albert Museum (V&A) in London. The other display space will be for temporary exhibitions, many also coming from the V&A. Although the V&A is allowing its name to be used, it will be a partnership, with control of the museum lying with Dundee, under the directorship of Philip Long.

The Dundee museum is due to open in 2018. The city hopes the project will boost its chances of winning the UK title for the 2023 European Capital of Culture.