The panel painting housed in the Museo dell’Opera di Santa Croce was submerged in polluted water for 12 hours when the Arno River burst its banks on 4 November 1966. The big reveal at the refectory of the Basilica di Santa Croce was timed to coincide with the 50th anniversary of the flood, which sent a torrent of mud and debris through the historic city, killing dozens of Florentines and damaging thousands of the city’s art treasures.

Florence’s renowned Opificio delle Pietre Dure e Laboratori di Restauro (OPD) undertook the restoration and conservation of the five-panel, 8ft by 12ft painting. In a 2010 interview with The Art Newspaper, Marco Ciatti, then the head of the OPD’s panel paintings department and now the organisation's soprintendente, described the extent of damage to the Last Supper as “terrible”, calling it “one of the worst cases in conservation history”. Today, he praised and thanked all those involved in the picture’s remarkable resurrection. 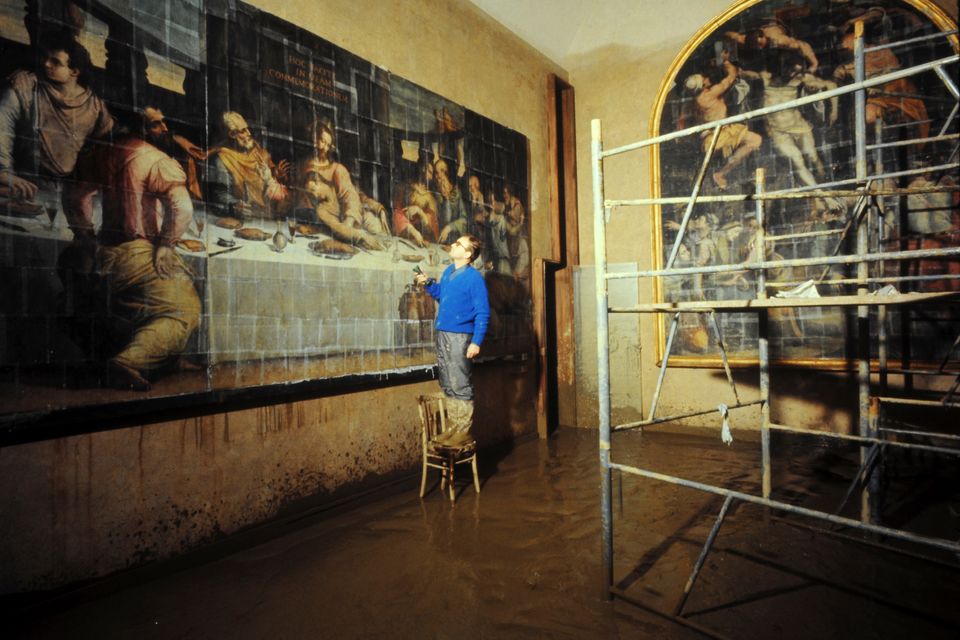 The painting, which can now be raised by hand in the event of a flood warning by means of an elaborate system of counterweights, was commissioned in Florence by the Cloistered Nuns of the Murate in 1546—four years before the publication of Vasari’s book The Lives of the Artists. At the time of the commission, Vasari had already received other prestigious jobs within the city, including creating paintings for the Sala di Cosimo I of the Palazzo Vecchio.

The restoration and conservation project was supported by the Italian fashion house Prada, Italy’s National Civil Protection unit and the Getty Foundation. The Getty took on the project as part of its Panel Painting Initiative, launched in conjunction with the J. Paul Getty Museum and the Getty Conservation Institute, in 2009. The programme seeks to train a new generation of panel-painting specialists to replace leading experts who will retire within the next decade; 20 conservators have undergone training to date. Speaking at today’s event, Antoine Wilmering, a senior programme officer at the Getty Foundation, referred to the conservators responsible for treating The Last Supper not as “mud angels”, but as “guiding angels”.