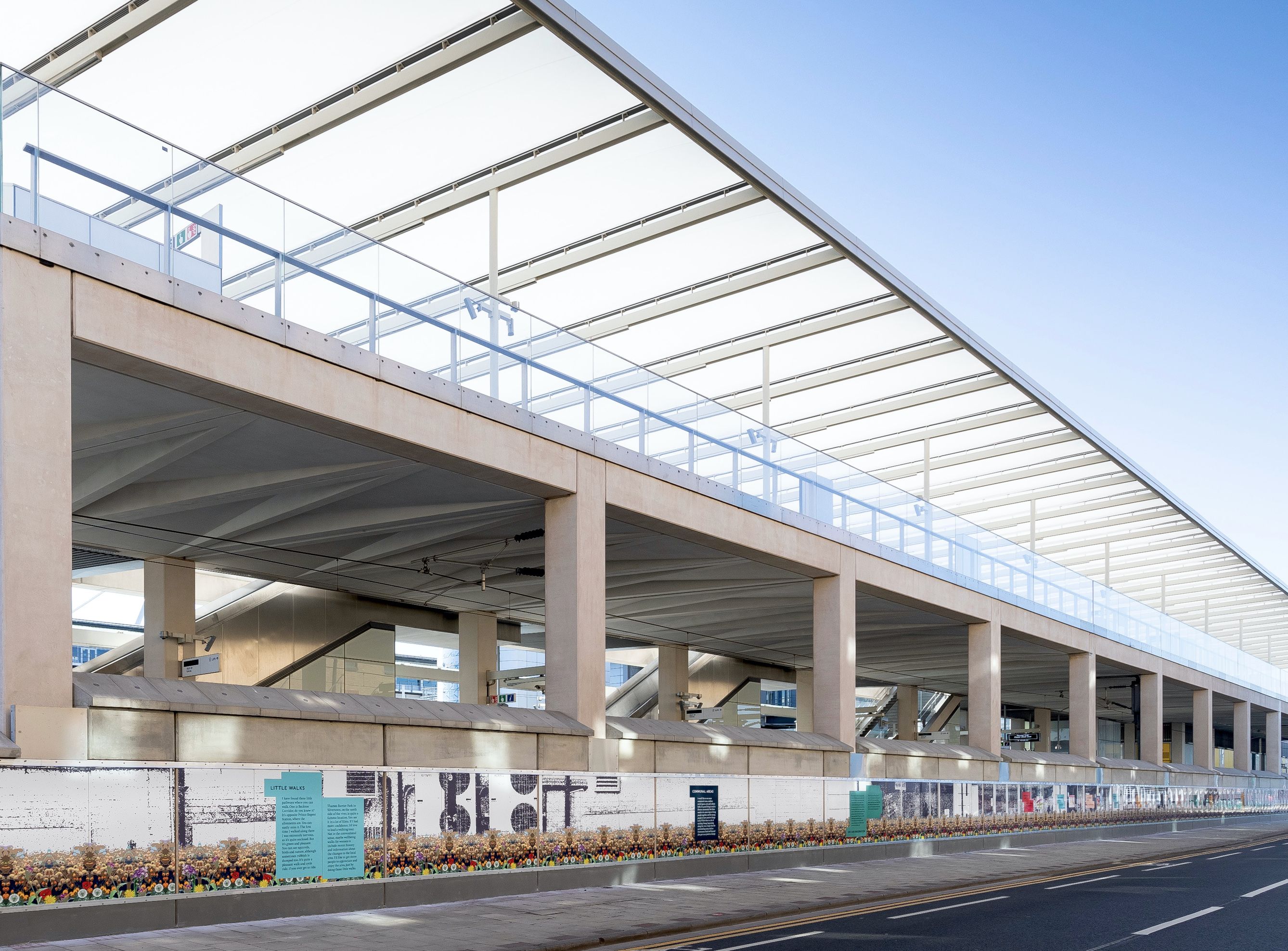 Artist Sonia Boyce has close links with the area, growing up in Newham from the age of ten Commissioned by Crossrail. Curated by UP Projects. Engineered by Atkins. Photo: Benedict Johnson

The UK artist Sonia Boyce’s Newham Trackside Wall piece—the longest public work in Europe covering almost 2km—is due to be launched in July in London’s East End (subject to Covid-19 restrictions). The artist, who has been selected to represent Great Britain at the 2022 Venice Biennale, has worked with local communities to produce a mural for the wall running through Custom House, Silvertown and North Woolwich as part of the Crossrail transport project, flanking the new Elizabeth train line.

Boyce has close links with the area, growing up in Newham from the age of ten. From 2017 to 2018, she conducted one-to-one interviews, events, workshops and drop-in sessions at community centres in collaboration with UP projects, the contemporary public art organisation that is overseeing the piece.

Photographs capturing the changing landscape are printed onto 1,500 unique panels, reflecting 170 stories contributed by local people. “As you walk along, you’ll encounter the stories, some of them are factual, some are anecdotal memories; they’re all significant points that the different residents wanted to make about the area,” says Emma Underhill, the founder of UP Projects. 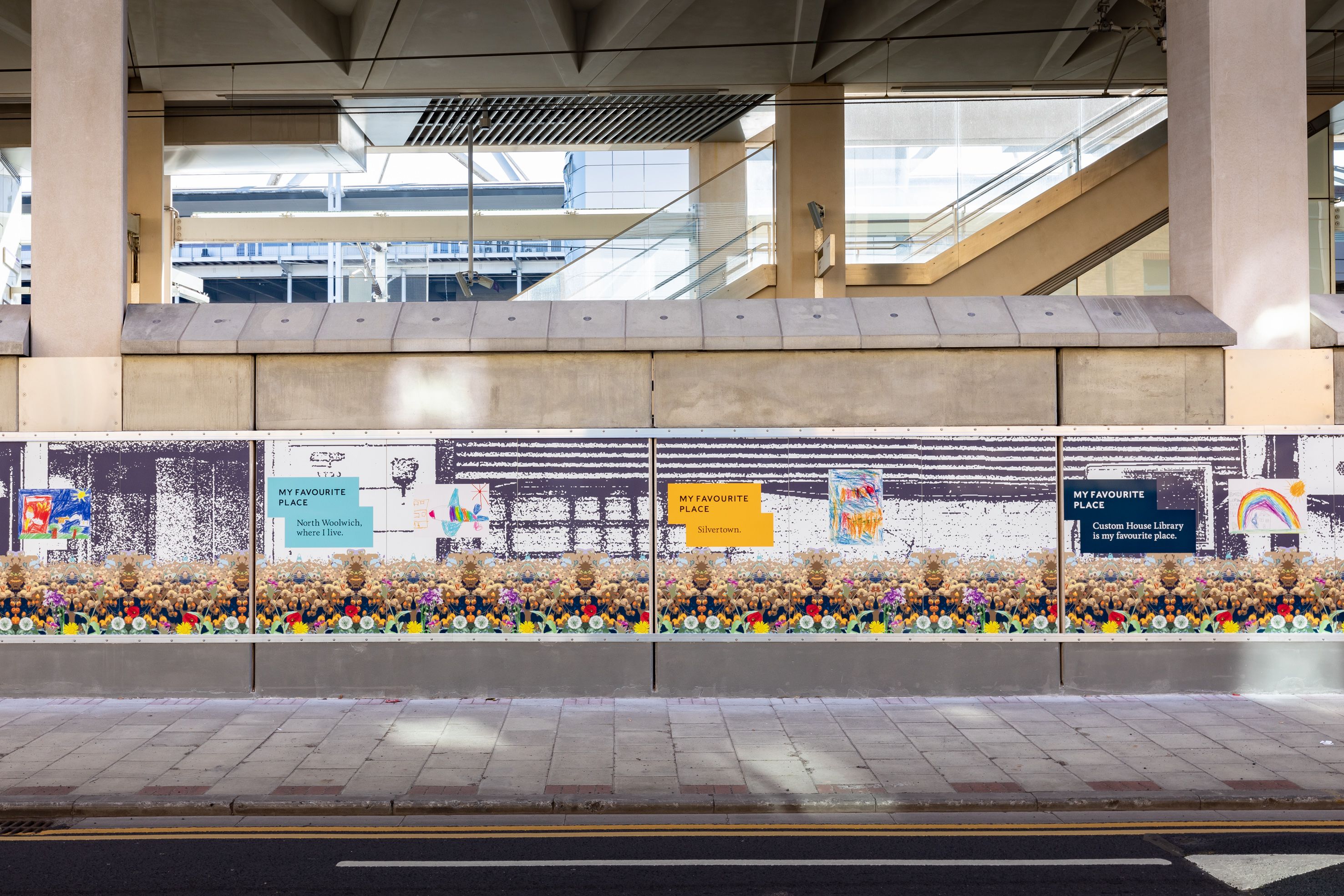 She adds that the commission “has had community engagement embedded in it from the beginning. The celebration in early July is also about inviting the amazing people from the community who have been involved in the project, marking the completion of a piece that’s been almost five years in the making. Sonia wanted to encapsulate what the area is like at this particular point in time, in the middle of a significant transformational change during this regeneration process.

A floral pattern runs along the entire mural, like connective wallpaper, drawing on the natural ecology of the area. A project statement says: “The work embodies and mirrors the different neighbourhoods and ecology opposite the trackside wall, depicting buildings, homes, street scenes, flora and fauna, animals and insects of the area.” Boyce meanwhile told Frieze magazine in 2018: “I’ve learned so much about the area. For example, there’s a hybrid Bombardier beetle that is only found in the docks; it’s most likely that it once arrived on a ship and, over the years, has adapted to the local terrain.”

Boyce came to prominence as part of the Black Arts Movement in the 1980s, tackling and upturning notions of race in her work, encompassing performance, drawing, print, photography, and audio-visual elements. In a video produced for Crossrail, Boyce describes her practice, saying that she “started off as a kind of painter... I kind of stopped painting and I started using some of the material that I’d used to make the drawings and paintings from”. This led her to work “in a kind of multimedia way”.

In 2007, she was awarded an MBE for services to art, and in 2016 she became a Royal Academician (Royal Academy of Arts). She is the professor of Black Art and Design at University of the Arts London and former professor of Fine Arts at Middlesex University, London.