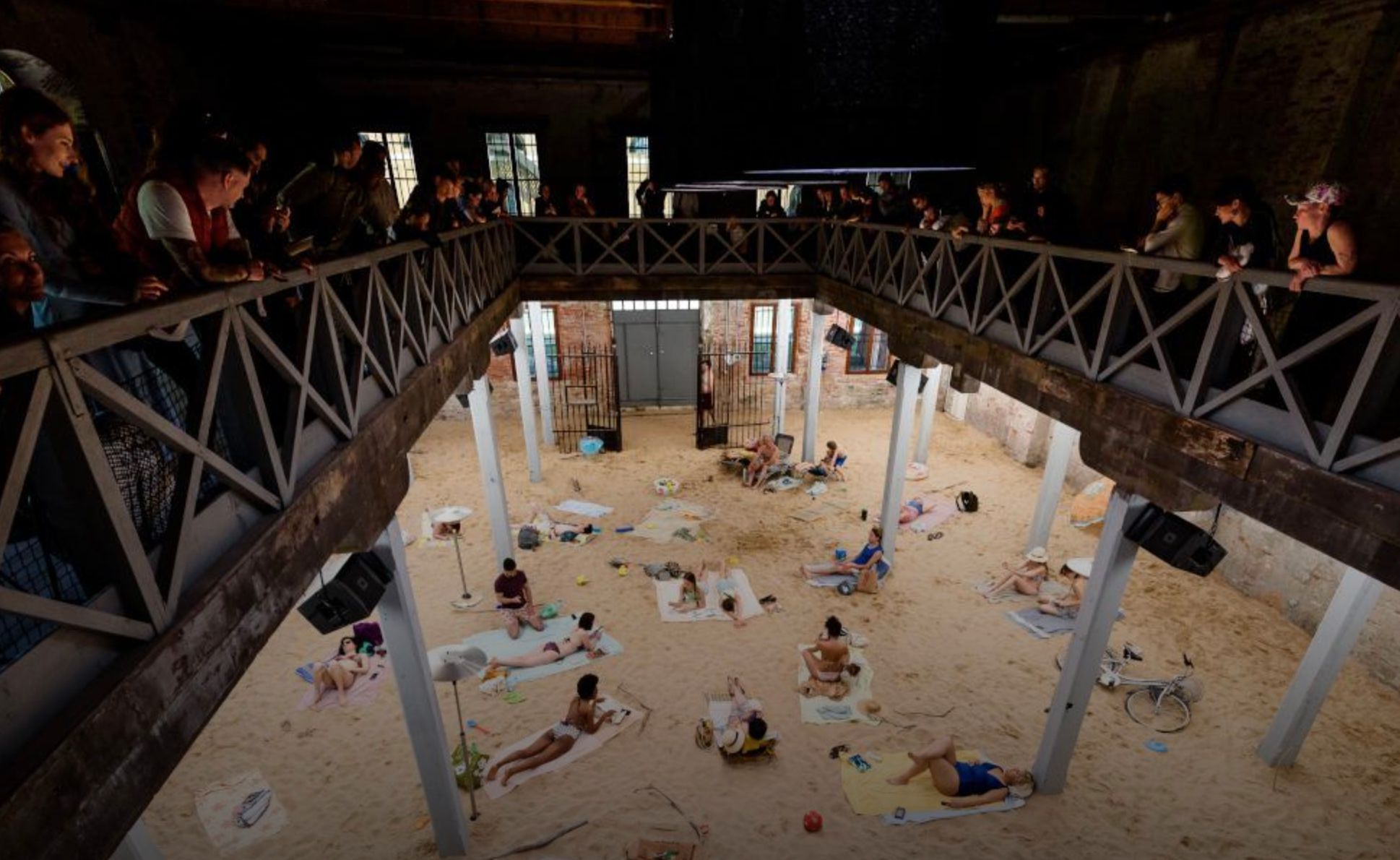 The must-see piece at the 2019 Venice Biennale—an indoor beach filled with carefree holidaymakers performing arias warning of ecological disaster—will be shown next spring in an abandoned Bauhaus swimming pool outside Berlin.

The work, Sun & Sea (Marina), will be staged from 1 May 2021 at E-Werk Luckenwalde, a former coal power station 65 kilometres south of the capital which relaunched as an environmentally-friendly contemporary arts centre last year. The pool, built in 1928, is located next door.

Lithuania won the Golden Lion prize at the 58th Venice Biennale in 2019 for Sun & Sea (Marina), which proved popular with curators, collectors and critics.

The work consists of an “opera-performance” performed by day-trippers sprawled across a beach; the piece seems frothy but becomes darker with a barbed message for humanity, warning of the consequences of climate change. In Venice, audience members became voyeurs, gazing down from balconies at the sandy stage set in the Arsenale, where performers dressed in bathing suits and surrounded by seaside paraphernalia (lunch boxes, Sudoku, colouring books) casually sprawled on their towels and sun loungers.

The curator Lucia Pietroiusti, who organised the Venice installation, tells The Art Newspaper: “The Luckenwalde presentation will be essentially the same work as Venice, except for the qualities that the venue brings to the piece when experiencing it—an empty swimming pool comes with a whole different kind of underlying catastrophe, at least for me.”

She adds: “The piece is still in some way speaking around climate change. But, to me, after the virus [Covid-19 pandemic] one of the things that occurred to me that hadn't before is this idea of the ‘outside’ being manifested "inside"—the beach in a building, so the outside in a box—and all the emotional experiences of that after many months in and out of lockdown.”

Sun & Sea (Marina) forms part of an annual programme at E-Werk called “Power Night” which will be organised by Pietroiusti, the curator of General Ecology at the Serpentine Galleries in London. The artists Isabel Lewis, Himali Singh Soin and Tabita Rezaire will also present new commissions (a selection of works will remain on show until 18 July).