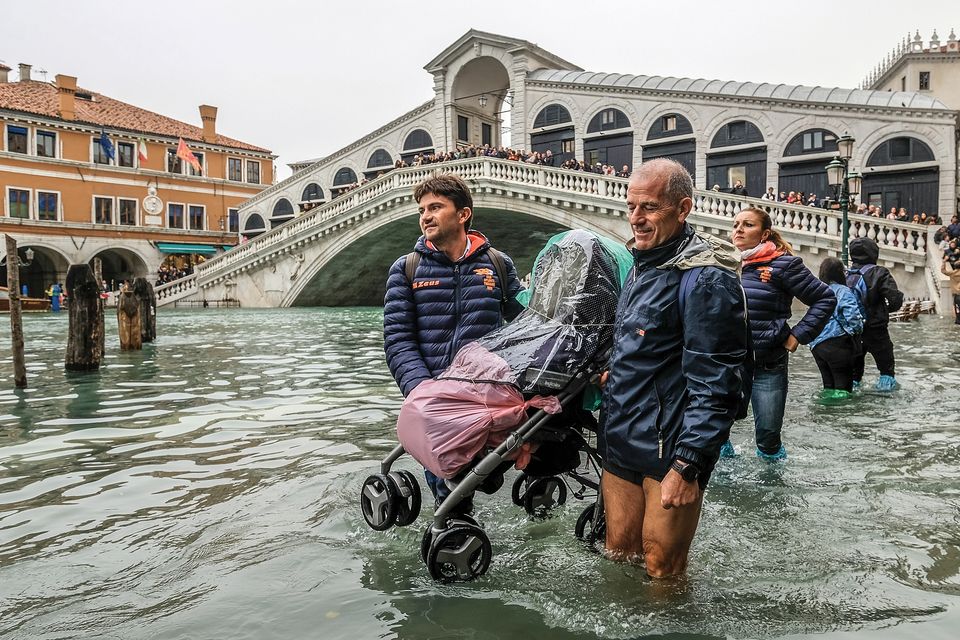 Venice’s museums have reopened after floods hit 75% of the city following an exceptional high tide ("acqua alta") which caused the water level to rise 156cm or more than five feet, sparking the worst flooding in a decade.

A spokeswoman for The Peggy Guggenheim Foundation says that “the museum closed at 12 noon [on 29 October], but the high tide did not affect the interior of the museum”. Meanwhile, the Prada Foundation, which is showing Machines à Penser (until 25 November) at its Ca’Corner della Regina palazzo, was closed for a few hours yesterday due to the adverse weather conditions. The Architecture Biennale was closed yesterday but the venues were not affected with 3,000 visitors turning up today.

Meanwhile, the Fondazione Musei Civici Veneziani, the foundation established by the Comune di Venezia city authority, declined to say if any of its institutions, Museo Correr and the Doge’s Palace among them, were forced to close. Special walkways were erected outside Doge’s Palace in St Mark’s Square on 30 October enabling visitors to enter the 15th-century structure (large pools of water were seen forming again today at the entrance as the tide swelled again).

The deluge has again brought into sharp focus whether progress has been made on the barrier, known as the Mose Venezia project, designed to protect the city from high tides. Anna Somers Cocks, the chairman of The Art Newspaper and former chairman of the Venice in Peril Fund, tweeted that “the damage the water does is huge. The mobile barriers are five years late, if not more, and there is no estimated date for their completion.” According to La Stampa newspaper, the system of retractable gates in the lagoon that will shield Venice is due to be completed in 2022.