Veterans and artists draw creative profit out of war 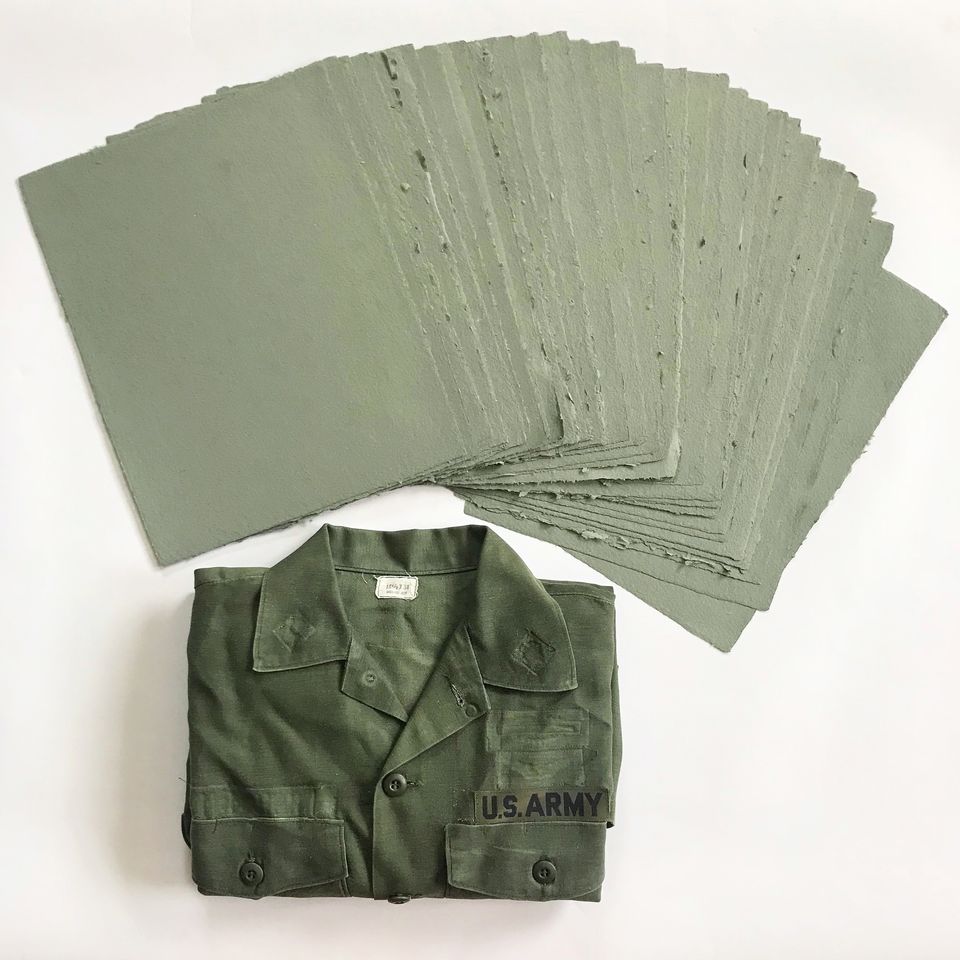 A new work by the Iraqi-American artist Wafaa Bilal, now on view at the Chicago Cultural Center, aims to draw a cultural benefit from war, by connecting visitors in Chicago with printmaking students at Baghdad’s College of Fine Arts. The project Conflict Exchange was created in collaboration with artists and military veterans, and is part of the inaugural National Veterans Art Museum Triennial, which opened in Chicago this weekend. The veteran community is “highly invested in what Wafaa is doing”, says the triennial’s lead curator, Aaron Hughes. “It’s helping veterans to take a step toward some level of accountability, reparation and reconciliation.”

The installation is based around Bilal’s 168:01, a Library Rising from the Ashes—a conceptual work shown last year at the Aga Khan Museum in Toronto, Canada. In addition to Bilal’s ghostly white bookshelves, filled with blank white books that visitors are invited to swap for art books which will be donated to the Baghdad college, is a round table made of American maple by the woodworker and veteran Alicia Dietz. Here visitors have the opportunity to view the work of Combat Paper, a veteran-artisan collective led by Drew Cameron, who transform donated military fatigues into paper for art making.

The paper will then be transformed into portfolio books—and other “conflict byproducts”, Bilal says—which can be purchased at a store designed by Cameron, staffed by an attendant who will answer questions about the project. The books will be sent on to Baghdad, where print-making students fill them with their work, and then some will be returned to American patrons.

“Most conflicts end up with the abandonment of the people on the ground,” Bilal says, “while everyone else monetarily benefits from conflict—including artists.” Conflict Exchange, which he conceived with the curator Ian Alden Russell, he says, is an attempt to subvert that process and create one-on-one creative dialogue, “but also concrete action on the ground”. Bilal is using the mode of a commercial business like a gallery, Russell says, to explore the idea of “equity in conflict” by “creating a framework for transactional activity to try to reclaim some of that equity”.