The painter, sculpture and graphic designer helped define the Modern style for a generation

Vicente Rojo at an exhibition of his work at the Museo del Estanquillo in 2014 Photo: Abril Cabrera A./SECRETARIA DE CULTURA

Vicente Rojo, the painter, sculptor, graphic designer and publisher who was a key figure at the nexus of cultural and intellectual life in Mexico, has died of heart complications aged 89.

Revered throughout the country as one of the Rupture generation—alongside Manuel Felguérez, Brian Nissen, and Lilia Carrillo—Rojo was known both for his leading role in the abstractionist movement, for his public sculpture, including perhaps his best known installation, Volcanes (2003), located outside Mexico City’s Museum of Memory and Tolerance, and as the founding art director of the publisher, Ediciones Era.

In the 1960s, his work was seen by millions when his cover design for the first edition of Gabriel Garcia Marquez’s seminal work of fiction, One Hundred Years of Solitude was published, and the world discovered “magical realism”. 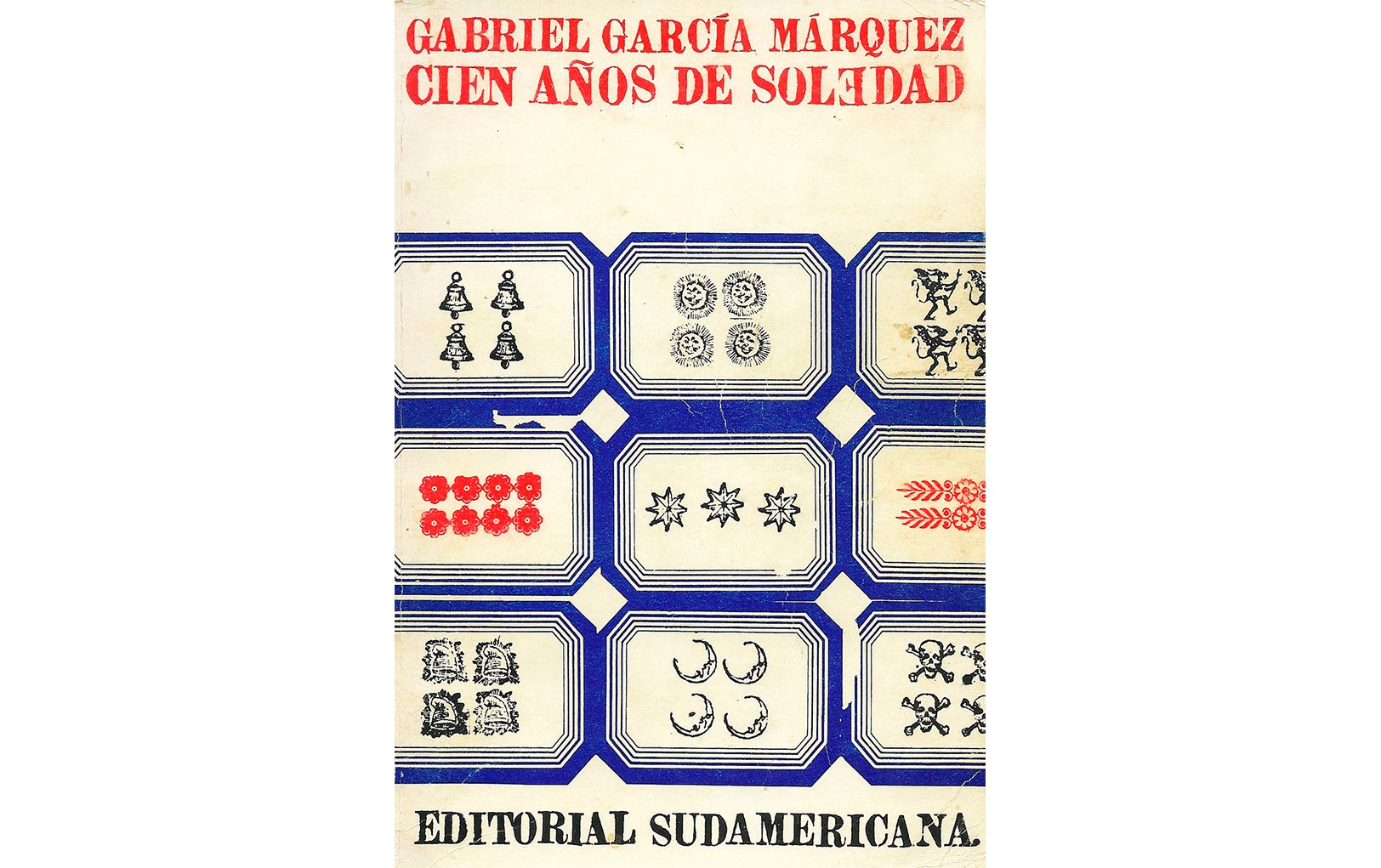 Rojo's work was seen by millions when his cover design for the first edition of Gabriel Garcia Marquez’s seminal work of fiction, One Hundred Years of Solitude was published

Rojo’s own life was no less convoluted than that of the fictional Buendía family, the protagonists of Marquez’s novel. Born in Spain, Rojo’s family was closely related to General Vicente Rojo Lluch, the master tactician of the Spanish Republican army, and Vicente was just seven years old when, in 1939, his father Francisco fled the country during the Civil War for exile in Mexico. The family was not reunited until they all moved to Mexico ten years later, when Rojo had already begun some formal training in painting and ceramics, after having decided to be an artist at the age of four.

My interest was in painting, not being a painter Vicente Rojo

Rojo was soon after accepted into one of the country’s most prestigious art schools, the Esmeralda, where Diego Rivera, Frida Kahlo and some of the most politically engaged artists of the day were on the faculty. But eschewing their leftist politics, Rojo devoted himself to intense study under another Spanish expat, the painter Miguel Prieto.

When Prieto left, Rojo abandoned full-time study and followed him to the world of publishing, where his talent for graphic design got him work on the country’s most prestigious newspapers and cultural supplements including UnoMasUno and La Jornada.

After his first exhibition in 1958, he refined his work into five main themes : Signals, Memories, Denials, Scenes and the notable Mexico In The Rain, which influenced generations of artists to follow. He also experimented with large-scale glass work and garden design but returned to painting and sculpting in his later years. “My interest was in painting, not being a painter,” the artist said.

“If modern culture in Mexico could be distilled into a single style, it would be the style of Vicente Rojo,” says Cuauhtémoc Medina, the chief curator at Mexico City’s Museo Universitario de Arte Contemporáneo (MUAC), who worked closely with the artist in the run up to a 2015 show of his work there.

Rojo’s first wife, Alma Cama, died in 2003. He then formed a relationship with the poet and writer Barbara Jacobs who survives him along with a son, Vicente, from his first marriage. A daughter predeceased him.

A forthcoming exhibition of Rojo’s work at the Museo de Arte Moderno (dates to be confirmed) will now go ahead as an homage to the painter.