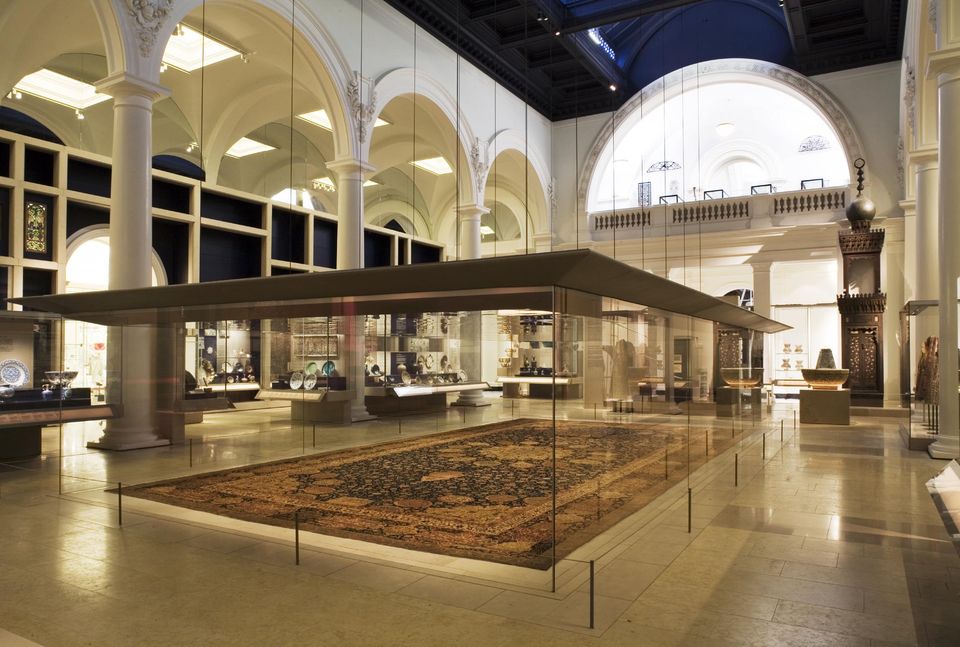 The Jameel gallery at the V&A Victoria and Albert Museum, London

An undisclosed contribution from the Saudi Arabia-based, non-profit foundation Art Jameel has enabled the Victoria and Albert Museum (V&A) in London to hit its target for a new endowment fund. Crucially, the move has allowed the museum to unlock a grant from the Heritage Lottery Fund (HLF) as part of the Catalyst: Endowment scheme, a match-funding initiative backed by the UK government’s department for Digital, Culture, Media and Sport.

“The V&A’s target for the Catalyst: Endowment scheme was £15m. The target was achieved thanks to Art Jameel, with significant support from the [London-based] Porter Foundation and two individual donors who wish to remain anonymous, amongst others,” a V&A spokeswoman says. The scheme is one part of the V&A’s planned endowment fundraising activity over the next 15 to 20 years, she adds.

Nicholas Coleridge, the chairman of the V&A, says in a statement: “Alongside the museum’s large-scale capital and revenue fundraising priorities, the creation of a sustainable endowment fund is crucial for a museum of our size.” The endowment fund has so far been used to secure five curatorial posts in the museum’s jewellery and Middle Eastern departments.

In the light of budget cuts, UK museums are wising up to the benefits of endowment funds. But endowments depend mainly on the largesse of private donors, which could prove challenging for national and regional UK museums. In 2014, the Ashmolean Museum at the University of Oxford set up the Ashmolean Fund to raise a £50m endowment; a private benefactor pledged to match donations up to £5m, while an HLF Catalyst grant provided £1m in matched funding.

“At the time, we set ourselves a target of raising our endowment to £25m by 2020 with a long-term target of £50m; and the total currently stands at £23.6m,” says Xa Sturgis, the director of the Ashmolean.

Meanwhile, Art Jameel, which organises the prestigious Jameel Prize for contemporary art and design in partnership with the V&A, has announced an ambitious three-year commissions programme, focusing on sculpture for the first edition (2017-18). The deadline for proposals—specifically for works using light technologies—is 21 November (the winning artist will be announced in February).

The commissioned piece will go on show at the Jameel Arts Centre, scheduled to open in Dubai Creek late next year. Designed by Serie Architects from the UK, the multi-disciplinary space will house an open-access research centre, library, and events space, along with an outdoor sculpture area.