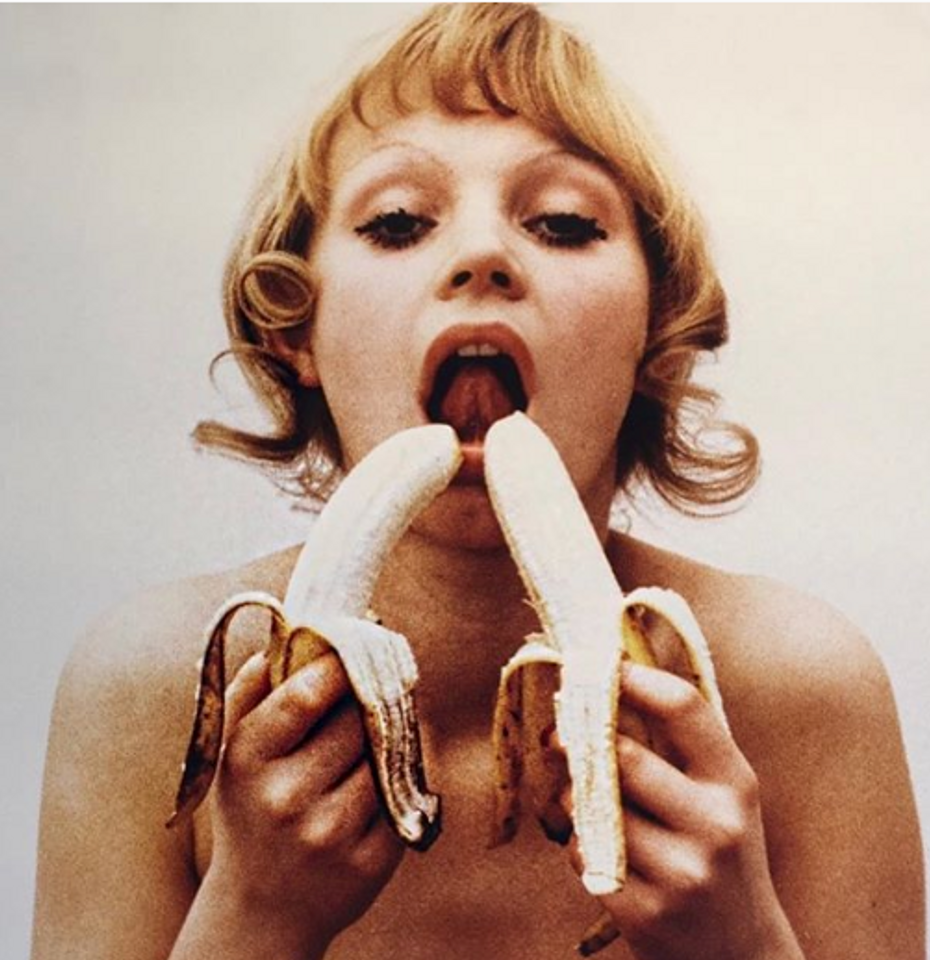 A 1973 video of the Polish artist Natalia LL suggestively eating a banana has gone back on show at the National Museum in Warsaw–but only until next week when its 20th- and 21st-century art galleries are due to be rehung. The video installation will then go into storage.

The removal last week of the work, titled Consumer Art, along with another video from 2005 by Katarzyna Kozyra, showing a woman walking two men dressed as dogs on a lead, had sparked protest over claims of censorship by the museum and the Polish ministry of culture.

Almost 1,000 people attended a demonstration at the museum on Monday evening, many of them eating bananas. Artists and curators including Katrin Plavcak and Martha Kirszenbaum have also taken to Instagram in defiance, posting selfies of themselves dining on the phallic yellow fruit.

It’s 2019 and the Polish Ministry of culture demanded to remove the works by Natalia LL from the permanent display of the National Museum in Warsaw judged too obscene ... the works depict a woman, young and pretty, eating a banana. It is sexual. But dear Minister of culture, the banana is also a representation of the consumerist culture. Widely used by Warhol and others in the 70s and 80s. Natalia LL also explained clearly that this work was also a protest again Communism and how people had to queue for food! The sexually attractive girl was a way, easy, to catch the attention and start the conversation. @natalialachlachowicz @zwfound #nataliall @romanroad_

In a statement, board members of the ZW Foundation, which manages Natalia LL’s archive, said they were “outraged by the open censorship” and that the museum “should not be afraid of exhibiting thought-provoking works of an existential nature”.

They add: “Through her art, Natalia LL was never afraid of asking difficult questions, and we certainly should not be afraid to answer them. We would like to express our opposition and indignation towards the policy of the National Museum in Warsaw and the Ministry of Culture.”

The board’s statement referred to a report in the Gazeta Wyborcza newspaper that quoted the museum’s director Jerzy Miziolek as saying “some subject matters, such as gender, should not be explicitly shown” at the National Museum, and the videos in question “have a distracting influence on young people”. It was also suggested Miziolek had been summoned to the ministry of culture because parents had complained about the “scandalous” works.

But, in a statement published yesterday, Miziolek denied the government had called on him to make the changes to the galleries.

Miziolek, who was appointed by Poland's right-wing PiS government last November, said the rehang is about implementing “the commitments undertaken and the new, more dynamic vision of the functioning of the institution, not the depreciation of the collections or their ‘censoring’”.

Critics have noted that Natalia LL’s work is not only a comment on feminism but is also a symbol of freedom, given that bananas were scarce in 1970s Poland under communist rule. “The work is more about the lack of consumption as opposed to the consumerist world,” says Marisa Bellani, the founder and director of Roman Road, which represents the artist in London. “It is about the lack of supplies in a repressed country and the impossibility for people to consume the food that should be essential. It is an analogy of the impossibility for women to consume their own desire and have full access to their sexuality.”