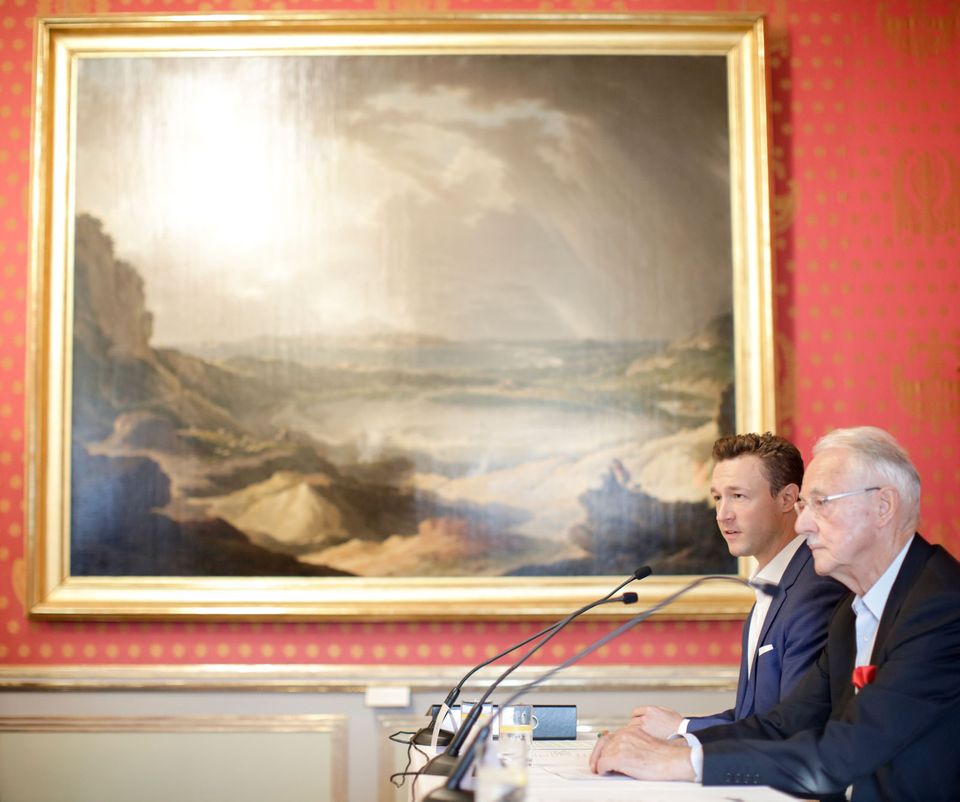 Karlheinz Essl, founder of the Baumax chain of DIY shops, and Austria's culture minister Gernot Blümel at the press conference at the Albertina BKA/ Andy Wenzel

Vienna’s Albertina museum has received a gift of 1,323 works valued at about €90m, including pieces by Cindy Sherman, Tony Cragg, Karel Appel, Georg Baselitz, Alex Katz and Neo Rauch, which it plans to house in a new home for contemporary art opening next year.

The Essl Collection was assembled by Karlheinz Essl, the founder of the Baumax chain of DIY shops, and his wife Agnes. They started out focussing on postwar Austrian artists including Maria Lassnig and Hermann Nitsch when they began buying art in the 1950s. From the 1990s, they expanded their scope to acquire international art and in 1999, set up their own museum in Klosterneuburg near Vienna.

When Baumax ran into financial difficulties in 2014, the Essls sold a 60% share of the collection to the industrialist Hans Peter Haselsteiner. They closed their museum in 2016. The Essls and their son Martin have now agreed to donate their 40% share to the Albertina, which plans to display it at its new location in the Künstlerhaus (artists’ house) in the centre of Vienna from next year.

“It has always been our desire to show our collection to as broad a public as possible in Austria’s capital city,” Karlheinz Essl said in a statement. “I hope that this collection, which extends far beyond Austrian art, will enrich a large number of people intellectually, visually and emotionally to the same extent that it has provided us with joy over the past several decades.”

Haselsteiner has agreed to loan his share to the Albertina for the next 27 years. His family foundation, Haselsteiner Familien Privatstiftung, will pay the €40m costs of renovating the Künstlerhaus to meet the Albertina’s requirements. The Austrian state will provide €800,000 this year and €850,000 next for preservation and research work on the Essl Collection.