The Brazilian artist Vik Muniz is creating exact replicas of the back of five paintings—including Vermeer’s Girl with a Pearl Earring, Carel Fabritius’s The Goldfinch and Rembrandt’s The Anatomy Lesson of Dr Nicolaes Tulp—in the collection of the Mauritshuis in the Hague. Part of his ongoing Verso series, which includes the back of the Mona Lisa, Muniz’s new Dutch Old Masters will be shown in the Dutch gallery this summer (9 June-4 September).

He says that some of the Louvre's staff even thought that his copy, which replicates the sensors that will alert conservators by text message if the wood panel upon which Da Vinci painted should warp, was the real one. “He shows the stretchers, the labels—all the hardware,” says Emilie Gordenker, the director of the Mauritshuis and the curator of the “off-beat” exhibition, the first in the gallery to feature contemporary art only.

Muniz says the idea for the series can be traced back to his visits to Masp, São Paulo’s museum of art, as a boy, when he saw the backs of paintings thanks to its Lina Bo Bardi-designed free-standing glass plinths. The show will include a nod to the Brazilian links of the gallery’s founder, Johan Maurits, who was the governor-general of Dutch Brazil in the 1640s—a lucrative appointment, as the colony included many sugar plantations. Muniz is creating a back of a Brazilian landscape in the collection, painted in 1667 by the artist Frans Post. The artist tells us that he plans to create more Versos and hopes the show will travel. 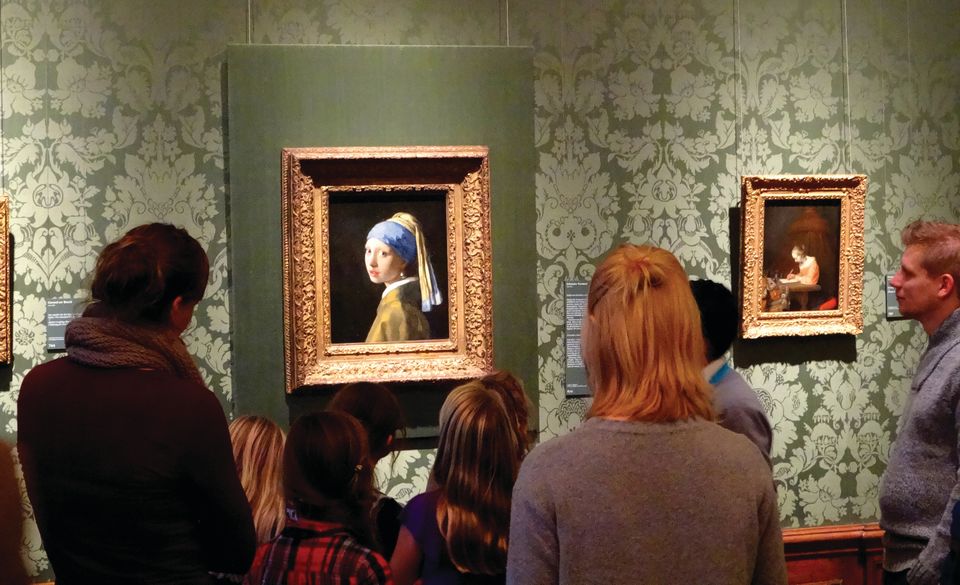