His lectures at Yale University inspired generations to think about “the humanity within architecture”, says former student Maya Lin 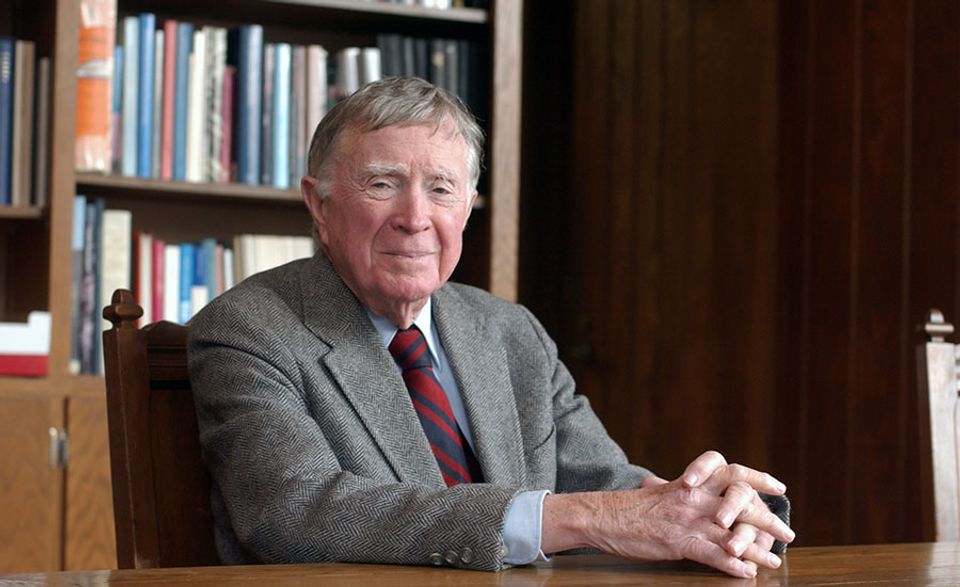 Vincent Scully, the American art historian and professor who transformed the study of architecture by exalting mankind’s experience of it, died on 30 November at age 97 in Lynchburg, Virginia. In his lectures at Yale University, he fused the histories of art and architecture—and inspired generations of students who would go on to work in both fields. Scully was “one of my most influential professors,” Maya Lin, the artist who designed the US Vietnam Veterans Memorial in Washington, DC, told The Art Newspaper. “He inspired us to think about the humanity within architecture—and how the built environment influences who we are, both as an individual and as a society.” He believed “that architecture can elevate the spirit,” and “inspire us to help shape our world for the better. He made you feel architecture was a living and breathing presence.”

Scully’s near-religious gravity in his lessons would often leave students floored by the world’s artistic accomplishments, from the ancient Greeks to Giotto, Michelangelo, Le Corbusier and the bold daring of Louis Kahn. At once solemn and animated, he dramatised the “vertical thrust” of the Gothic cathedral and the “horizontal sweep” of a Frank Lloyd Wright house by brandishing a long wooden pole, which in one lecture got stuck in a hole in the projector screen.

Scully’s love of the local persisted when he taught at the University of Miami after retiring from Yale, and he became fascinated with “the Florida that many of us don’t notice,” says Andrés Duany, the Miami-based architect. “He became enamored of the ranch houses of the 1950s, built by Mackle in Key Biscayne and Ft Lauderdale.” The architect Elizabeth Plater-Zyberk, Duany’s partner and co-founder of the firm DPZ, echoes that Scully impelled architecture faculty and students “to seek a regional identity. He loved the diversity of Miami culture, its affinity with the Caribbean, and he encouraged us to emphasise these as a distinction.”

Scully was an early opponent of 1960s urban renewal in the US, “which demolished established neighbourhoods in favor of a top-down, city design formula that favored highways and high-rise buildings” and lacked a human or family scale, says Brian Allen, the former director of the Addison Gallery of American Art in Andover, Massachusetts, and a head of Scully’s teaching assistants at Yale. Scully argued against high-density urban housing for the poor and advocated for traditional neighbourhoods and planning. “His belief was strongly influenced by his knowledge of how human nature fits into architecture,” which he gained growing up in New Haven, Allen said, and by the destruction in 1963 of New York’s old Penn Station, which Scully saw as a loss of a priceless public space.

Scully’s numerous awards for scholarship and teaching included a National Medal of Arts in 2004, the highest American honor for artists and arts patrons. His major publications included The Earth, the Temple, and the Gods: Greek Sacred Architecture (1962); American Architecture and Urbanism (1969); The Shingle Style: Architectural Theory and Design from Richardson to the Origins of Wright (1955); and books about Palladio, Frank Lloyd Wright, Louis I. Kahn and modern architecture.

Scully’s final Yale lecture, on Michelangelo, given on 3 December 2008, can be seen here: