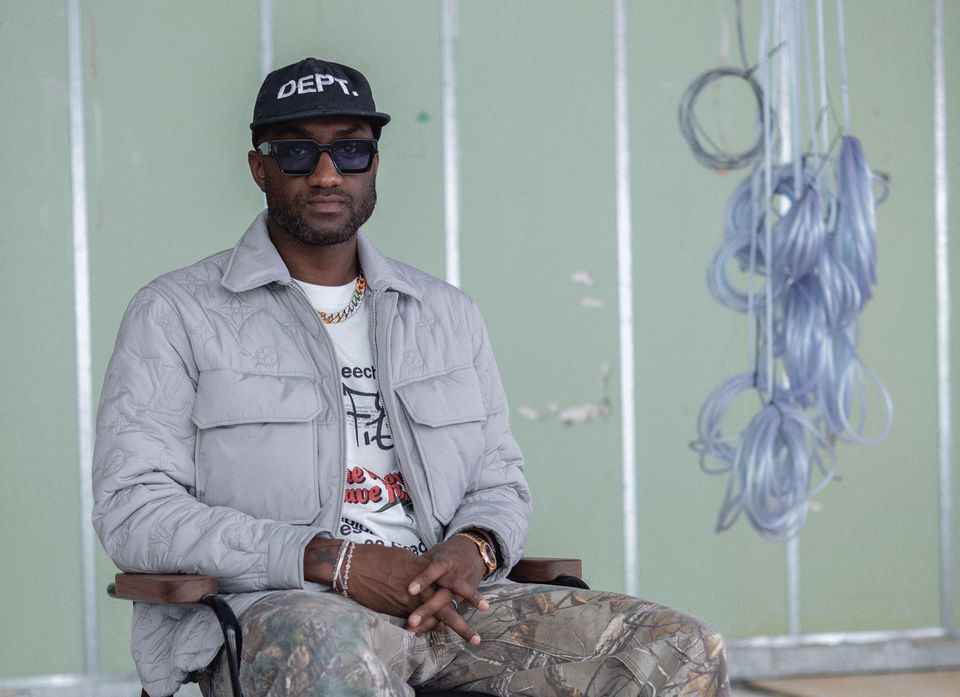 The US fashion designer, architect, artist and all-round all-rounder, Virgil Abloh, has delved into the archives of the Vitra Design Museum in Weil am Rhein and added a few of his signature twists to some of the museum’s classic designs for the display, Twentythirtyfive. The show, which opens on 13 June (until 31 July), imagines how a living environment will change between now and 2035. “One of my design signatures has always been commenting on the past as a means of introducing it to its future,” Abloh says.

There are also three new elements of the display that have been produced by Abloh to be sold as limited editions: his adaptations of two classics—the Potence lamp (Petite Potence, €1,489) and the Antony chair (€2,489)—as well as a ceramic block (€149), a creation of his own design that can be used for storage.

In addition to being the artistic director for menswear at the luxury fashion label Louis Vuitton, Abloh also runs his own Off-White streetwear label and is the subject of a retrospective at the Museum of Contemporary Art in Chicago, which opened on Monday (until 22 September). How does he do it all? “I think it’s all about keeping your focus and compartmentalising everything that is going on,” he says. “That’s not to say that each individual process doesn’t overlap with another, or that they don’t influence each other.”

Here, Abloh talks us through five of the classic design objects which he has picked from the museum’s archive for his display. 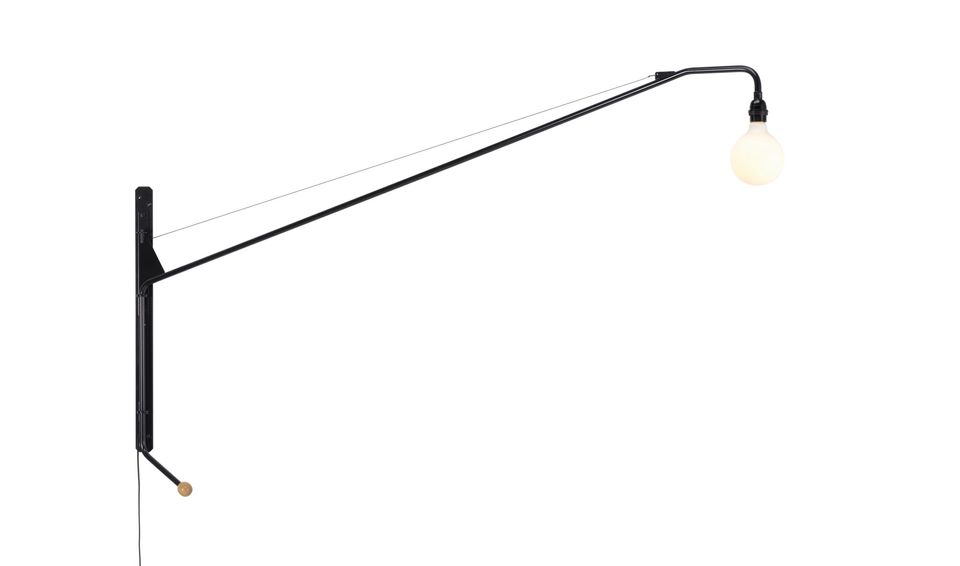 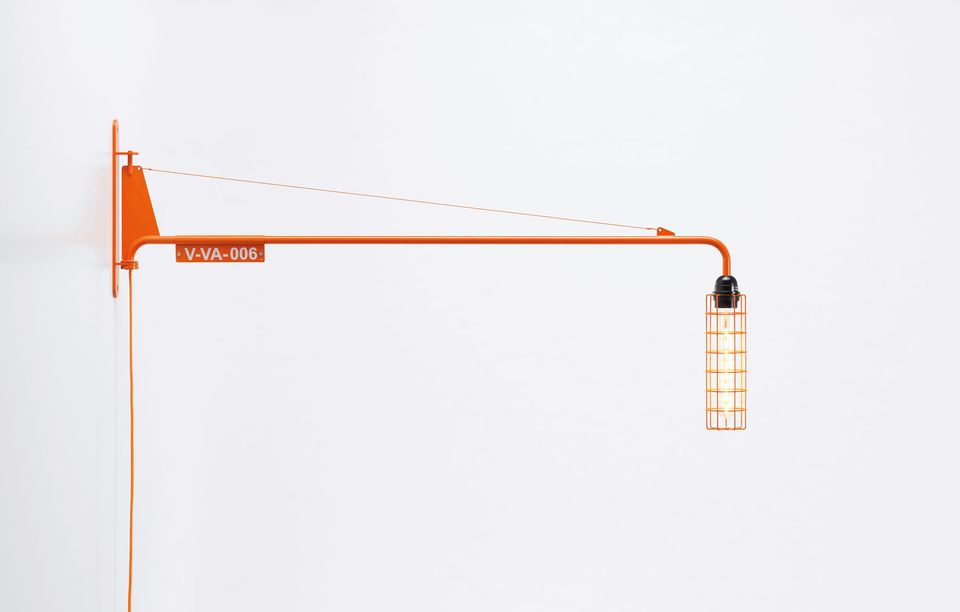 “Our reinterpretation of the Potence lamp, the Petite Potence, is based on the classic Potence by Jean Prouvé for his home in Nancy. The bulb on the Petite Potence is something that, when viewing the classic, seems specific to this idea of industry. But I thought there was another element at play which we could reconfigure. We added a structure surrounding the bulb to give it a different sensibility, and played with the shape of the bulb, giving the lamp an expression that almost seems natural.” 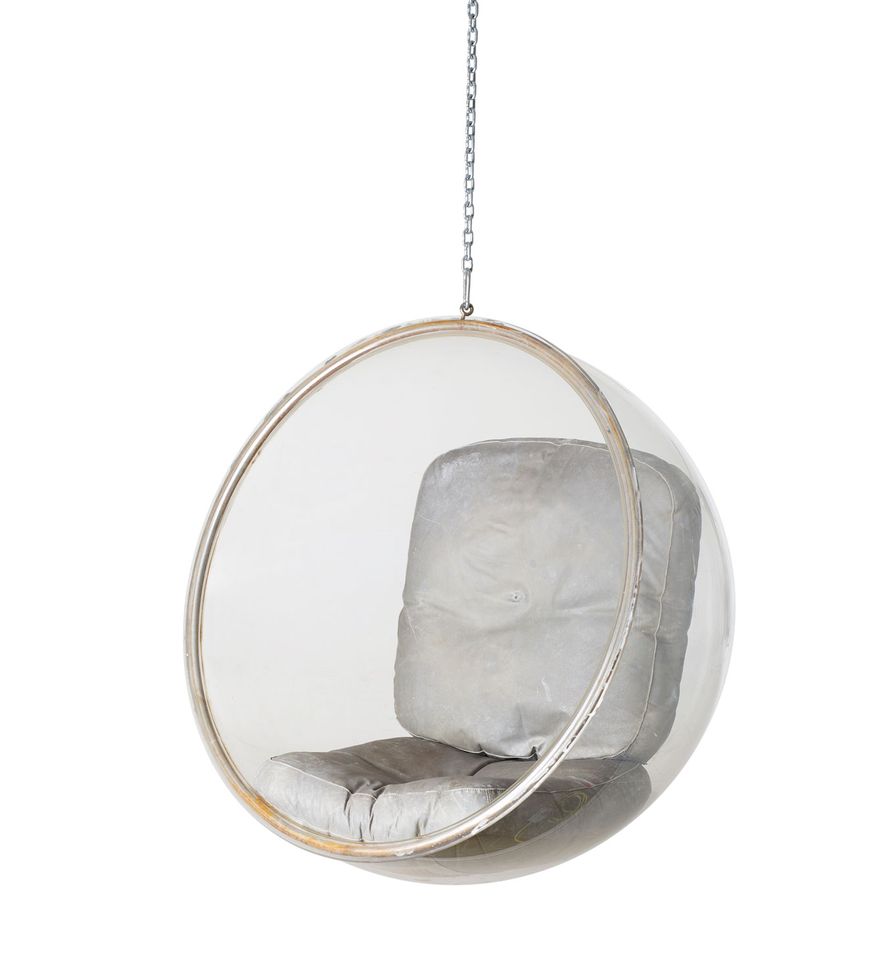 “The Bubble chair for me is somewhere between furniture and architecture. An icon of 1960s design and pop culture, its organic, clear form embodies an optimistic perception of the future; it broke from traditional designs and materials available for furniture at the time.” 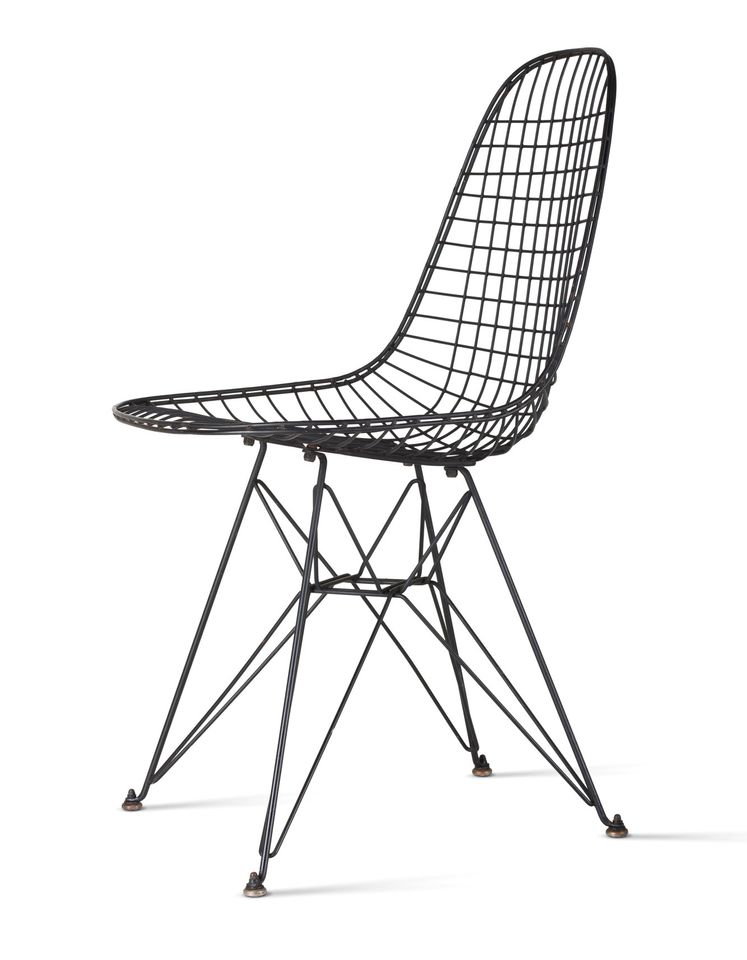 “Mounted on a classic traverse element, the Wire Mesh Chair is playfully adapted, transformed into a seesaw. A reference to Eames’s creative approach, which blurred the boundaries of art, design and technology, this new object evokes childhood memories.” 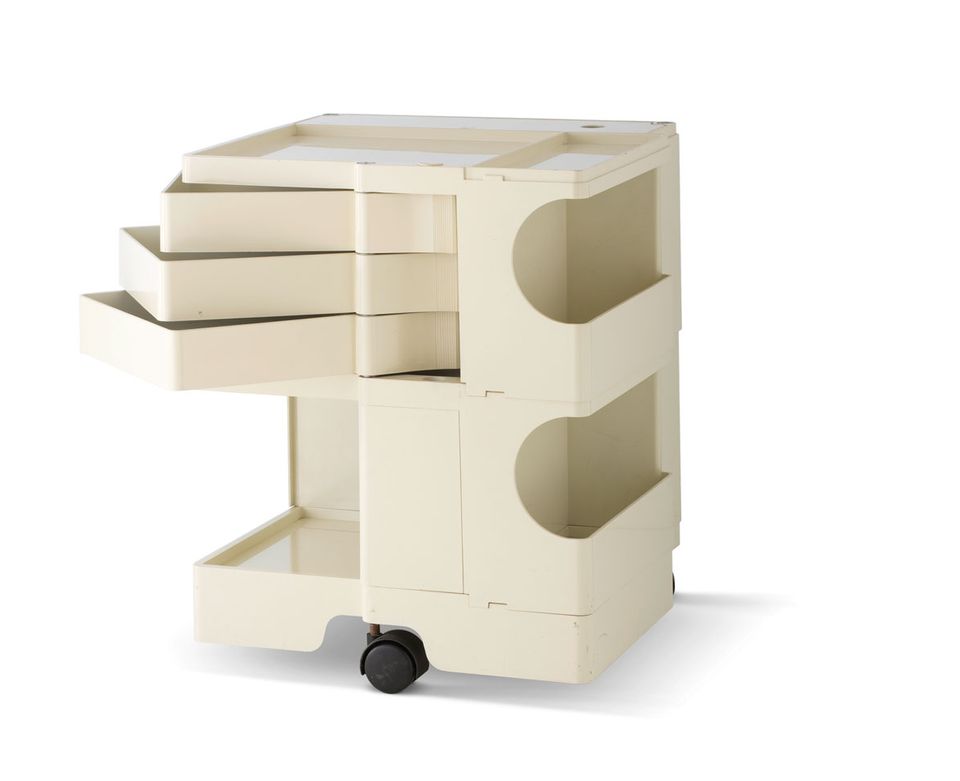 “Boby is a multifunctional rolling container with different, partly moveable, storage elements. I liked the flexibility and modularity of this trolley, with its interchangeable parts, handy pivoting drawers, shelves and five pivoting castors, allowing it to be moved around. In Twentythirtyfive we are reinterpreting Joe Colombo’s design, adding new functionalities to it.” 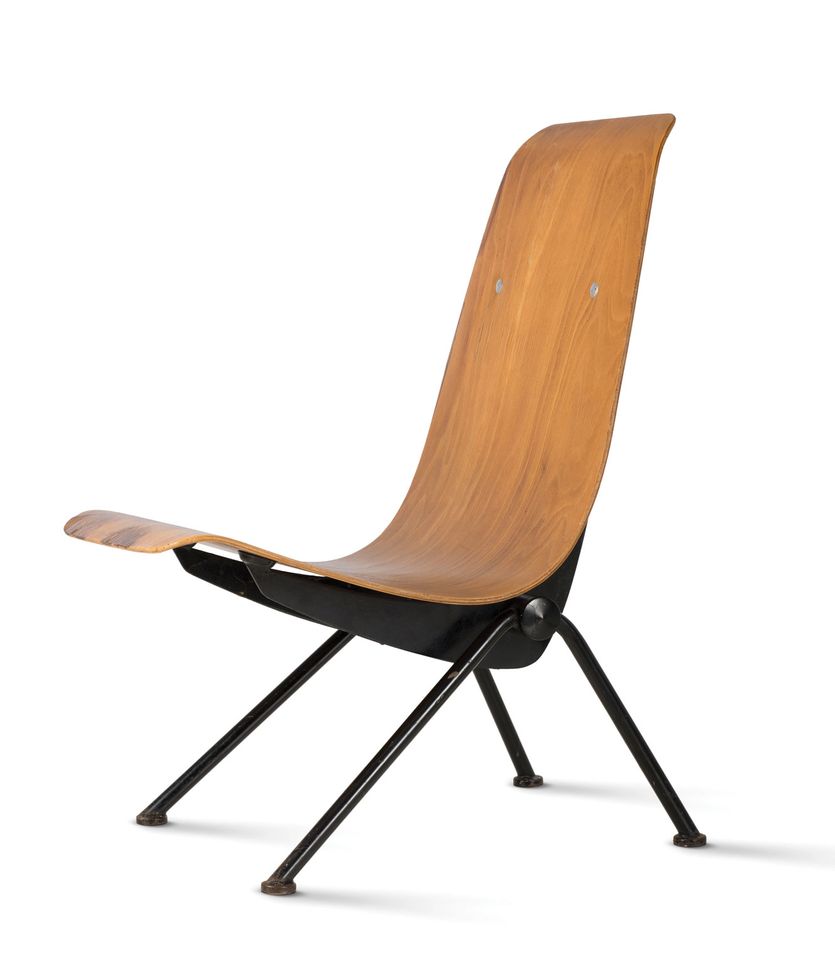 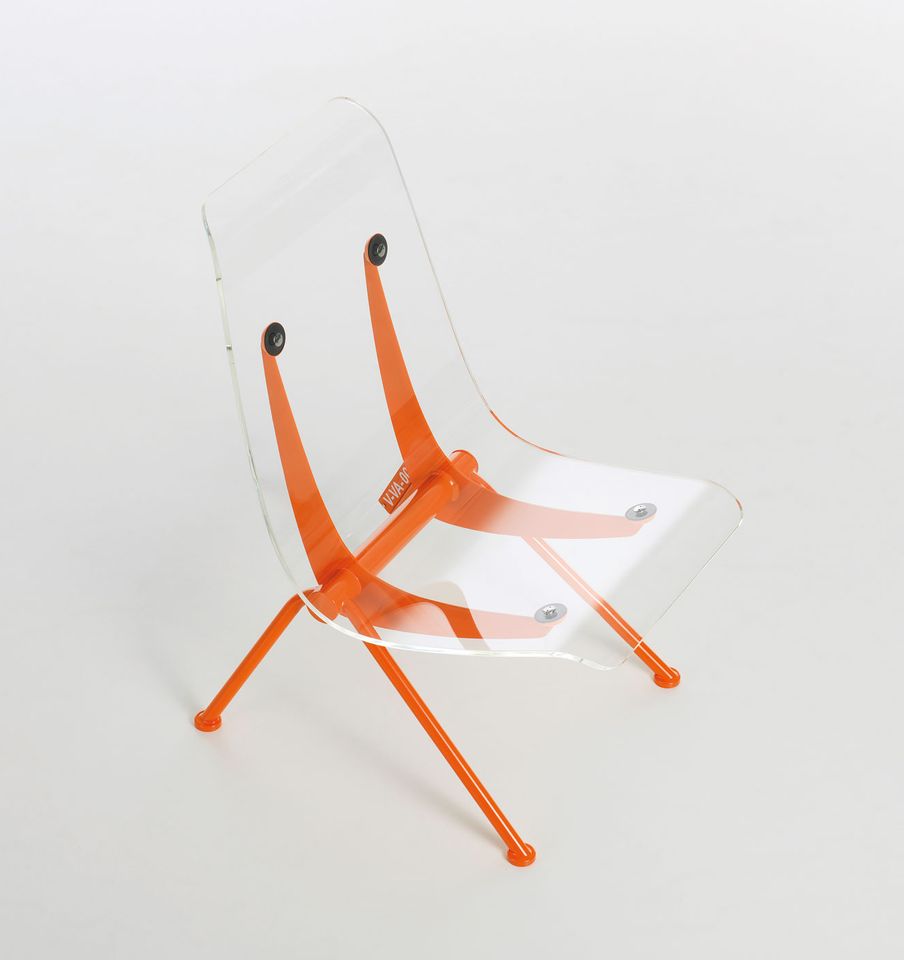 “The Antony chair was developed by Jean Prouvé for university halls of residence in Antony, just outside Paris. For Twentythirtyfive, we transformed the armchair by giving it a plexiglass shell that reveals the supporting metal structure, which is accentuated by a bright orange lacquer finish.”