Visitor Figures 2015: Jeff Koons is the toast of Paris and Bilbao

But Taipei tops the most visited exhibition list, with a show of works by the 20th-century artist Chen Cheng-po

Matisse cut-outs in New York, Monet landscapes in Tokyo and Picasso paintings in Rio de Janeiro were overshadowed in 2015 by attendance at nine shows organised by the National Palace Museum in Taipei. The eclectic group of exhibitions topped our annual survey despite the fact that the Taiwanese national museum’s total attendance fell slightly during its 90th anniversary year.

More than 12,000 people a day—locals and coachloads of visitors from mainland China—visited the Taipei museum last year. They saw exhibitions on subjects as diverse as the work of female Chinese artists of the 16th and 17th centuries, paintings of fish and Chinese book binding.

Local pride helped make a survey of paintings by a Taiwanese artist the most-attended show of 2015. Chen Cheng-po was one of thousands killed in a 1947 massacre that remained taboo for decades. The artist, whose work combines modern Western and traditional Chinese influences, was shot by Chinese Nationalist troops during an anti-government uprising known as the February 28 Incident. 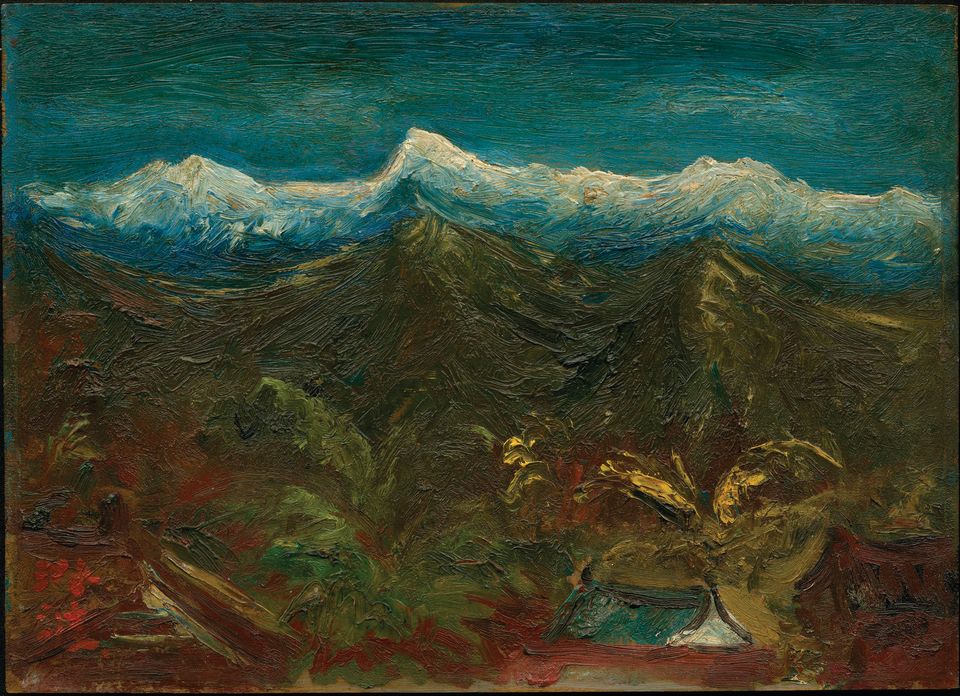 Puppy love Jeff Koons continued his quest for world domination with a touring retrospective, organised by New York’s Whitney Museum of American Art in 2014. It was the year’s most-visited exhibition in Paris, drawing nearly 5,000 visitors a day to the Centre Pompidou. Koons proved even more popular at the Guggenheim Bilbao, the home of his giant floral Puppy, where the retrospective attracted 5,182 visitors a day. The combination of two crowd (and market) favourites—Koons and Jean-Michel Basquiat—helped the Bilbao museum’s attendance overtake that of New York’s Guggenheim by more than 200,000 visitors.

Whitney rising in New York MoMA continues to dominate the New York scene. It organised 14 of the city’s top 20 most-visited shows. Its Robert Gober exhibition (5,380 visitors a day) eclipsed the controversial Björk show (5,221 a day), although the latter had timed tickets. MoMA saw fresh competition this year from the Whitney, which opened its new Renzo Piano-designed building in May.

The inaugural show of the permanent collection, America Is Hard to See, was the most popular exhibition in the museum’s history. It drew 5,352 visitors a day, nearly 30% more than last year’s Koons show. The Costume Institute at the Metropolitan Museum of Art organised the city’s most crowded exhibition, China: Through the Looking Glass (6,581 visitors a day).

The universal lure of loans Paintings by brand-name artists on loan from European museums continue to draw crowds. Late paintings by Monet from the Musée Marmottan Monet in Paris attracted more than 10,000 visitors a day to the Tokyo Metropolitan Art Museum, the closest rival to the Taiwanese blockbusters. Paintings of everyday life from the Louvre in Paris, including works by Vermeer, Rembrandt and Titian, were slightly less popular at the National Art Center, Tokyo (7,640 visitors a day).

A loan show from Madrid’s Reina Sofía of Spanish artists including Picasso, Dalí and Miró attracted more than 9,500 visitors a day to Rio de Janeiro’s Centro Cultural Banco do Brasil. Despite Brazil’s economic crisis, the deep-pocketed bank’s foundation continued to organise high-profile, free exhibitions. Works by Kandinsky from the State Russian Museum in St Petersburg also packed the punters in Brasilia, Rio, São Paulo and Belo Horizonte; more than one million people saw the show on its Brazilian tour.

Bernard Arnault’s new Fondation Louis Vuitton used its ample resources to organise a loan show that any public museum would envy. Keys to a Passion included works by Modern masters from New York’s Museum of Modern Art (MoMA) and Guggenheim, London’s Tate, the Centre Pompidou in Paris, the Munch Museum, Oslo, and the Hermitage, Pushkin and State Russian Museum in Russia. The high-wattage works attracted 4,100 visitors a day to the Frank Gehry-designed building in Paris’s Bois de Boulogne.

Ai leads in London Ai Weiwei proved unstoppable at London’s Royal Academy of Arts (RA), attracting more than 4,300 visitors a day. When the British government quibbled over his visa, it only added to the publicity. The RA’s Summer Exhibition also did especially well last year. 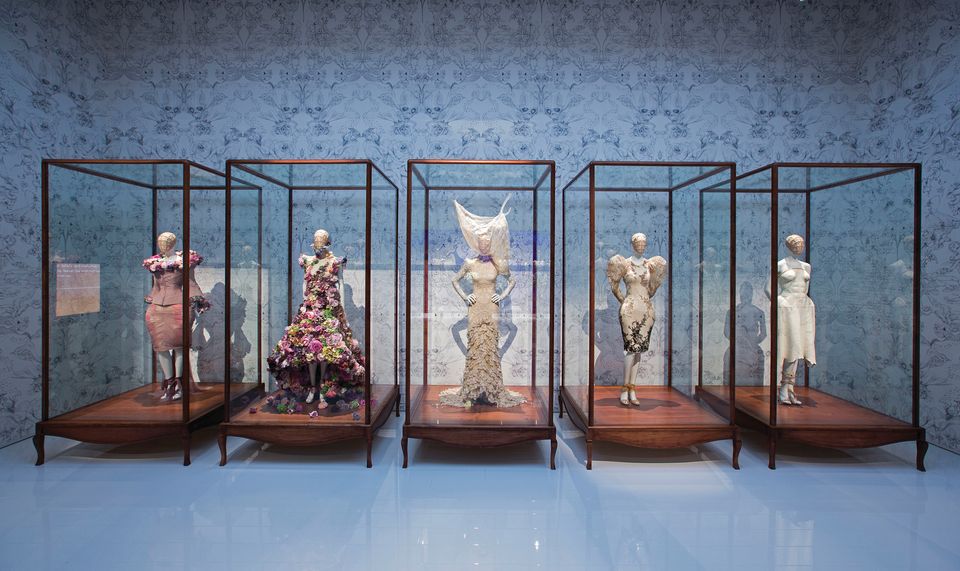 Meanwhile, the Met’s show of cutting-edge couture by Alexander McQueen finally arrived in London, where it broke a box-office record at the Victoria and Albert Museum (nearly 3,500 visitors a day). Tate Modern had a low-key year in terms of attendance, with critically well-received shows of work by Marlene Dumas and Agnes Martin. London’s most popular non-charging shows were at the Saatchi Gallery, which mixes contemporary art with presentations dedicated to luxury brands.

Honourable mentions The British artist David Shrigley deserves a special mention. His offbeat humour went down well in Australia; his show, which included a micturating life model, attracted more than 5,600 visitors a day to Melbourne’s National Gallery of Victoria International. Meanwhile, the Los Angeles County Museum of Art (Lacma) proved, if proof were needed, that there is a receptive audience for art and music collaborations with celebrity cachet.

Steve McQueen and Kanye West’s video All Day/I Feel Like That attracted more than 3,400 people a day during its four-day screening. Christian Marclay’s The Clock was an intimate experience by comparison; it was viewed by around 500 visitors a day during its two-month run. Shuffle in total museum attendance The terrorist attacks on Paris in November had an impact on visitor numbers to the city’s museums. Many institutions closed and school tours were cancelled in the wake of the tragedy. Overall, the Louvre’s total attendance dipped to around 8.6 million, down from 9.2 million in 2014. The Centre Pompidou’s attendance also fell 12.5%, to three million visitors. The Musée d’Orsay’s figures held steady, while attendance at the Palais de Tokyo rose to more than 820,000.

Despite a difficult year, the Louvre is still the world’s most-attended museum. London’s British Museum, which is free to visit, remained in second place, with 6.8 million visitors (up from 6.7 million in 2014). The National Gallery in London fell from third to fifth place after a series of strikes led to temporary room closures. It was overtaken by the Metropolitan Museum of Art, whose 6.5 million visitors included those also who went to the Cloisters.

London’s Tate Modern sees attendance fluctuate more than its peers. It drew 4.7 million visitors in 2015, one million fewer than in 2014. The museum’s extension, which is due to open in June, should give it a significant boost this year. 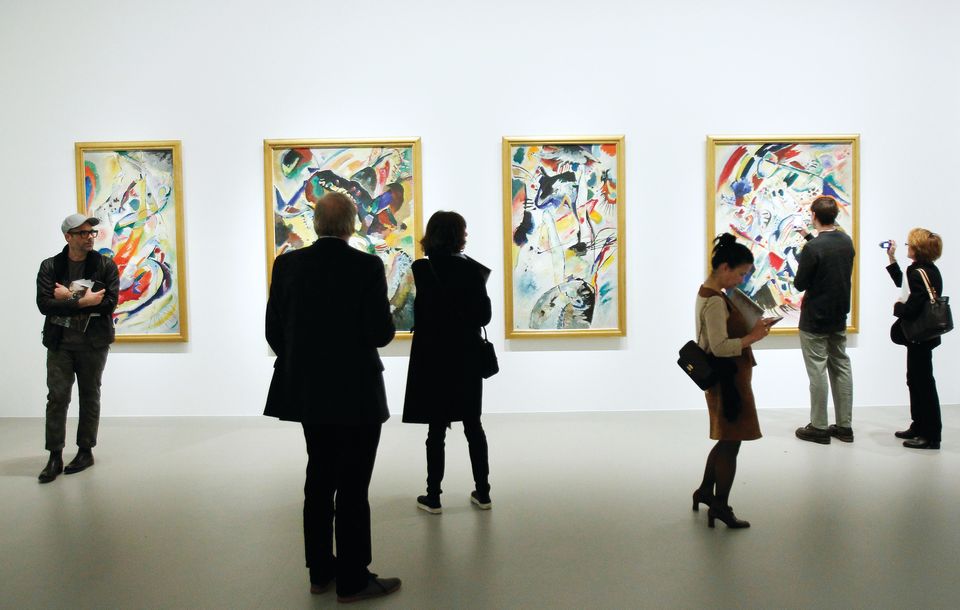 The power of private money Three private museums make their debut in our 2015 survey. The Broad in Los Angeles, which opened at the end of September, attracted more than 200,000 visitors in the final months of 2015. The Fondation Louis Vuitton in Paris is a force to be reckoned with, attracting around one million visitors in its inaugural year. Meanwhile, Dasha Zhukova’s Garage Museum of Contemporary Art reopened in a building converted by Rem Koolhaas in June. The Moscow institution attracted more than 538,000 visitors. But Mexican billionaire Carlos Slim is still top of the pile; his Museo Soumaya in Mexico City attracted more than 1.6 million visitors over multiple venues.

Methodology The daily figures are calculated automatically by our database, which computes the number of days for which an exhibition was open using the following formula: total number of days between start date and end date, divided by seven, multiplied by the number of days a week the institution is open, minus exceptional closures. All of the data used were supplied by the institutions concerned. Some institutions offer a number of exhibitions for a single ticket: these are shown as one entry. Exhibitions that were free to visit—ie neither the museum nor the show had an entry fee—are indicated with an asterisk (*).