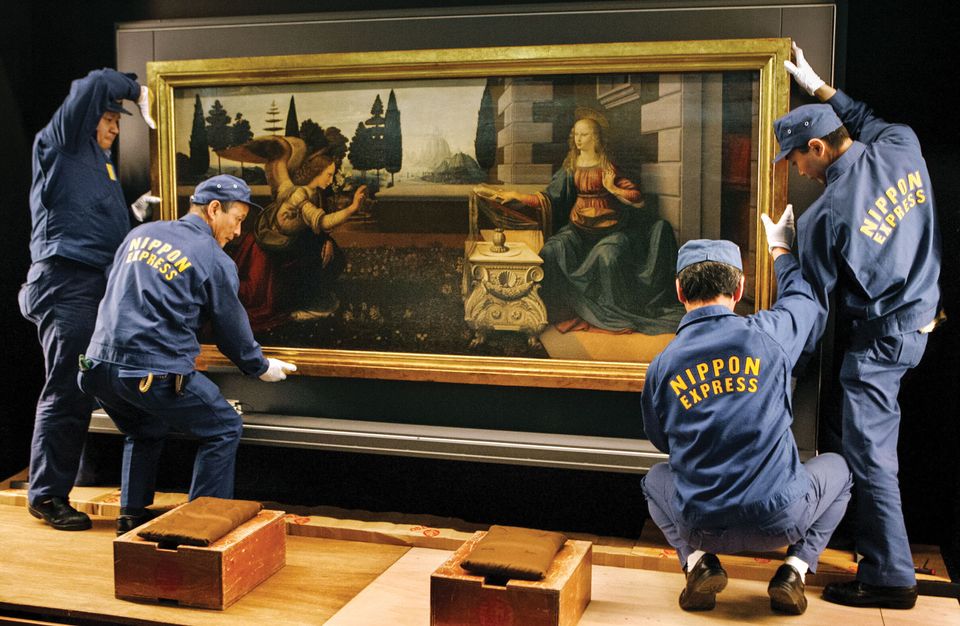 Italy’s populist government says that it will block a previously agreed loan of works by Leonardo from Italian museums to the Louvre in Paris. In 2017, Italy’s then minister of culture, Dario Franceschini, agreed to lend several paintings and drawings for the Louvre’s Leonardo exhibition this autumn, marking the 500th anniversary of the artist’s death.

Lucia Borgonzoni, the undersecretary for the Italian ministry of culture, told the Corriere della Sera newspaper: “Leonardo is Italian; he only died in France… giving the Louvre all those paintings would mean putting Italy on the margins of a great cultural event.”

The director of the Uffizi Galleries in Florence, Eike Schmidt, told reporters that three paintings by Leonardo in the Uffizi’s collection—The Annunciation (around 1472), The Adoration of the Magi (around 1482) and The Baptism of Christ (around 1475)—would not be lent to the Louvre. “I am sure my French colleagues at the [museum] will support me when I apply the same rules to our Leonardo paintings that they apply to the Mona Lisa,” Schmidt said, referring to the Louvre’s policy of never lending Leonardo’s famous portrait.