Bust of a Woman, which was never realised, would have been the world's tallest concrete sculpture 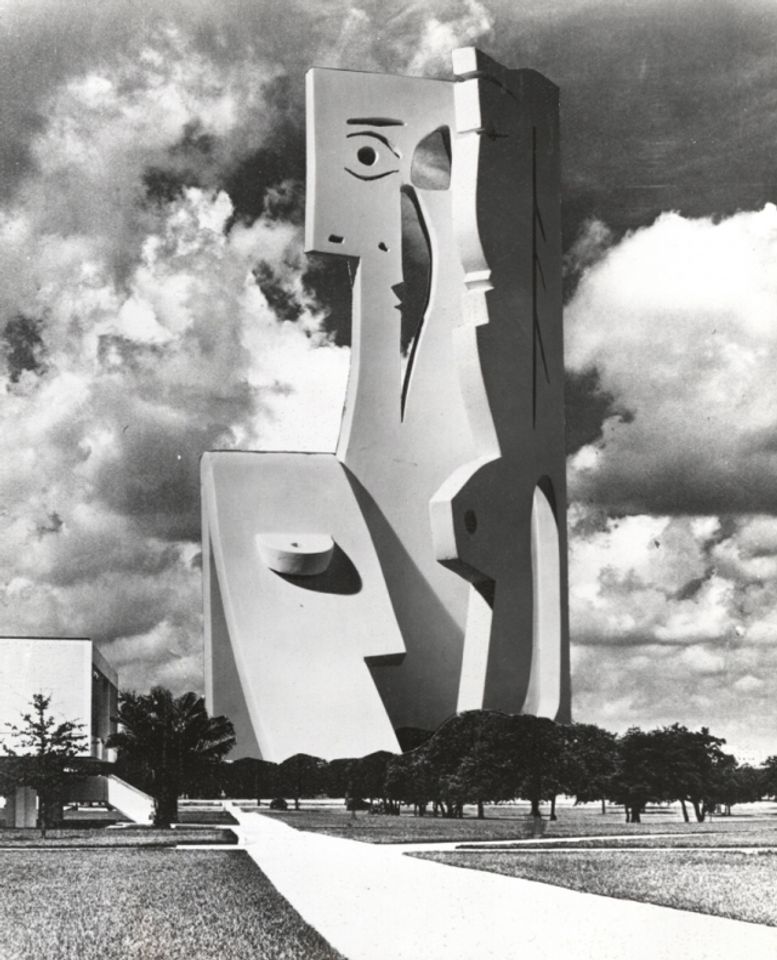 For almost 50 years, the artist Pablo Picasso’s wild vision for a massive 102ft high public monument, which was to have been the world's tallest concrete sculpture, has remained unrealised. Now, however, scholars at the University of South Florida (USF), Tampa, are venturing to make it a reality—that is to say, a virtual reality.

Picasso first conceived of the sculpture, Bust of a Woman, for a Swedish museum’s campus in 1971. It was to be his largest ever work, following a series of 15 similar concrete monuments, based on bent sheet-metal sculptures, that the artist realised in locations around the globe with his collaborator Carl Nesjar. But the project was axed, and Picasso donated the maquette to USF. In April 1973, one day after the artist’s death, the State Board of Regents approved a plan to erect the characteristically polymorphous sculpture on the school’s grounds. A new arts centre designed by the Brutalist architect Paul Rudolph was to be built alongside the sculpture. But due to the $10m price tag, and concerns about ground stability and hurricane-force winds, the project languished until it, too, was axed.

Now, at USF’s Center for Virtualization and Applied Spatial Technologies (CVAST), the art historian Kamila Oles and the landscape archaeologist Lukasz Banaszek are bringing the work to life through archival research, three-dimensional scans of the maquette and digital blueprints of the college’s campus. The resulting VR project, which will become available to the public via the web or an app, aims to allow people to experience the work in its intended environment. Oles and Banaszek also plan to detail the entire process in an open-access ebook, to be released later this year.

“We have created a virtual model that allows users to view and interact with the ‘Bust of a Woman’ in a digital space,” Oles recently told the radio station WUSF. “They will be able to admire Picasso’s sculpture and the entire complex.”

In the near future, Oles also plans to scan, 3-D model and simulate in VR the 15 concrete sculptures realised by Picasso and Nesjar in countries including Norway, the US and Israel, in order to “democratise the access to the legacy of Picasso”, according to the project statement.