Wagency, launched by the group Working Artists and the Greater Economy, has similar goals and methods to a labour union 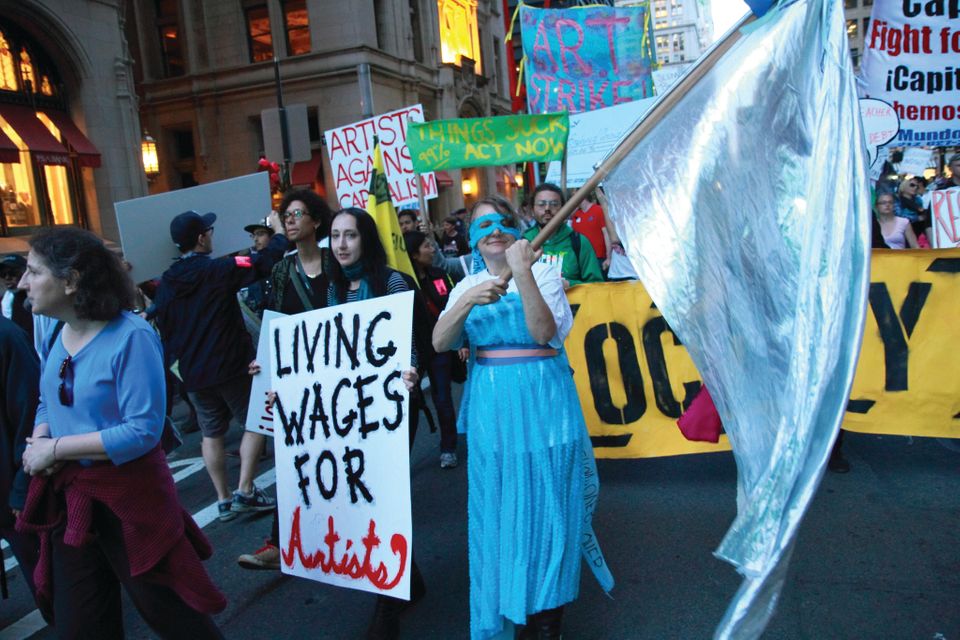 Artists should get paid for their work. This has been a talking point and rallying cry for years, yet there are few concrete systems in place to make it a reality, beyond commercial galleries. The group Wage (Working Artists and the Greater Economy) has created a new digital platform that gives artists some of the tools they need to demand better payment.

In 2014, Wage created a programme to recognise art non-profits that agree to pay a set minimum for artists’ fees. But a certain scepticism remained. Would organisations really opt into a model that held them accountable for paying artists?

Four years later, 58 institutions have become Wage-certified, including the Institute of Contemporary Art in Philadelphia, the first museum to do so. “It’s worked,” says Lise Soskolne, a member of Wage since it was founded in 2008 and its core organiser. “But it’s slow.” Now, to help move forward and to pressure more institutions into becoming certified, the group is launching the digital platform Wagency. “The idea has always been to find a way to mobilise artists as a workforce,” Soskolne says.

To use the platform, artists—defined as “anyone who provides content for the programmes of non-profit art institutions”—join at a cost of $5 a month. Once signed up, they can run a search for the institution they will be working with to generate a payment schedule. Wage determines fees based on an institution’s projected annual operating expenses, and it sets different amounts depending on the job. A solo exhibition pays more than a performance of an existing work, for example, which in turn pays more than an artist’s talk or reading. The artist then uses the platform to send the fee schedule to a contact at the institution, who can approve it or negotiate the request. It is then up to the artist to decide whether to agree to reduce the fee or refuse the job. Artists become certified by either securing Wage-approved fees or withholding their labour.

“It’s a matrix of individual boycotts instead of using a co-ordinated strike mechanism,” Soskolne says. In other words, the programme, which was built by the artist and developer Daniel Sauter, has goals and methods similar to those of a union, but it is not one. This is partly because the union model would be difficult to apply to artists, who tend to be freelancers who do not share the same employer—like so many workers in today’s gig economy.

The platform has been in the works for three years and Soskolne has had critical and positive feedback. She hopes that people will recognise the possibilities of self-regulation and take up a tool that helps them to advocate for themselves. “Artists are some of the biggest complainers about their own exploitation. They love to talk about labour, but only insofar as it relates to their work as performance. And I’ve sort of had it with that,” Soskolne says. “So, if you want to organise—here is the tool.” J.Sr.