Wake-up call: climate change is serious threat to our heritage

As the Unesco World Heritage Committee convenes in Istanbul, a recent report by the organisation highlights sites under threat from global warming<br>

On 26 May, US Republican presidential nominee Donald Trump vowed to focus on “real environmental challenges, not phony ones”, cancel the US’s participation in the global 2015 Paris Agreement on climate change and “stop all payments of US tax dollars to UN global warming programmes”. That same day, Unesco released its 100-page World Heritage and Tourism report, which showed how climate change is quickly becoming one of the most significant risks for natural and cultural heritage sites. As if on cue, three days later the River Seine reached a 30-year high, flooding areas of Paris and forcing the Louvre and the Musée d’Orsay to close so staff could move works to higher ground.

Meanwhile, this week, delegates at the 40th Unesco World Heritage Committee session, at the Istanbul Congress Centre (until 20 July), will nominate properties and sites to be added to the World Heritage List.

While increased incidents of extreme weather, like the recent floods in France, reinforce the fact that the Earth is indeed getting warmer—by 1ºC globally since 1880—its effect on heritage sites is still largely misunderstood. Climate change can exacerbate existing stresses such as urbanisation, pollution and the extraction of natural resources. It can also amplify problems associated with tourism—one of the world’s fastest-growing economic sectors. But responsible tourism, according to Unesco’s report, can help to “secure the future of many World Heritage Sites in a changing climate”.

The report, produced in collaboration with the United Nations Environment Program and the Union of Concerned Scientists, analyses 31 sites in 29 countries that are vulnerable to climate change. “Globally, we need to better understand, monitor and address climate change threats to World Heritage Sites,” says Mechtild Rössler, the director of Unesco’s World Heritage Centre. The report offers recommendations to government agencies, policy makers, tourism bodies, site managers and locals on how to respond to climate change threats.

Suggestions include: undertaking a comprehensive review of climate vulnerability of World Heritage Sites; making climate vulnerability assessment part of the World Heritage Site nomination process; developing strategies and policies to reduce greenhouse gas emissions in line with the Paris Agreement of 2015; using archaeological data to learn about past human responses to climatic change; and involving local communities and indigenous peoples in all stages of climate adaptation and tourism development.

Here are six global World Heritage Sites listed as being at risk from climate change: EUROPE

Venice and its lagoon, Italy

• Venice has become the poster child for World Heritage Sites threatened by rising sea levels. In the past century, water levels have risen by nearly 30cm. Hundreds of Venice’s buildings and monuments have already been damaged, including the Basilica di San Marco. The effects of climate change are exacerbated by the annual influx of ten million overnight and 20 million day visitors, who spend hundreds of millions of euros in Venice. Many arrive by super-sized cruise ships. The mobile barriers being installed between the lagoon and the sea to prevent Venice flooding are due to be completed in 2017, but the frequency with which they will need to close each year will increase as the sea level rises. These closures will interfere with the cruise ships’ schedules. The ministry of the environment is considering a plan to build a structure in the sea outside the lagoon and bring cruise ship passengers into the port by boats that will produce almost no wake and no polluting emissions.

Statue of Liberty, US 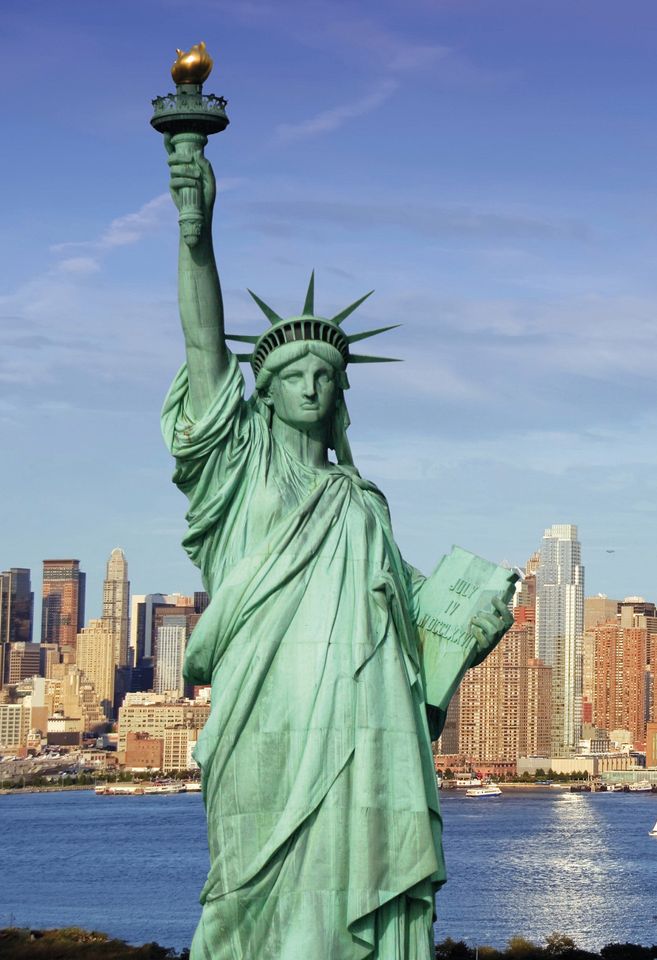 Hurricane Sandy in 2012 caused damage totalling more than $77m to the Statue of Liberty’s facilities on Liberty and Ellis islands.

• The Statue of Liberty may have escaped the full wrath of Superstorm Sandy in 2012, but the island it sits on did not. Flood-waters inundated 75% of Liberty Island, causing millions of dollars in damage to the site’s facilities and infrastructure. The total repair bill for Liberty and Ellis islands was more than $77m. This excludes the considerable loss of tourist revenue as the popular attraction was forced to close for months. A vulnerability analysis conducted by the US National Park Service in 2015 revealed that “100% of the assets at Liberty National Monument are at high exposure risk from sea-level rise due to the extremely low elevation of the island and its vulnerability to storms.” 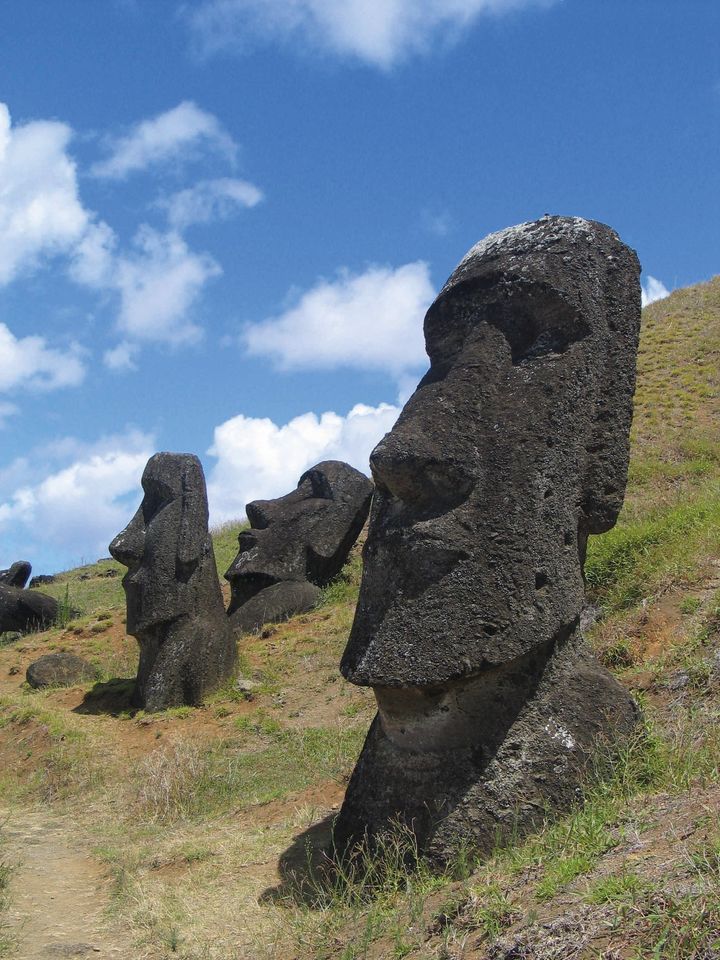 • Easter Island’s monolithic Moai sculptures are some of the world’s most recognisable works of art, carved from around 1250 to 1500. Around 60,000 tourists visit the tiny island 3,500km off the coast of Chile each year and its people are dependent on this lucrative revenue stream. But coastal erosion and greater wave heights are putting the sculptures, which sit directly on the coast, at risk. Experts fear that increased damage to the basalt slabs upon which the figures sit could cause the sculptures to topple. 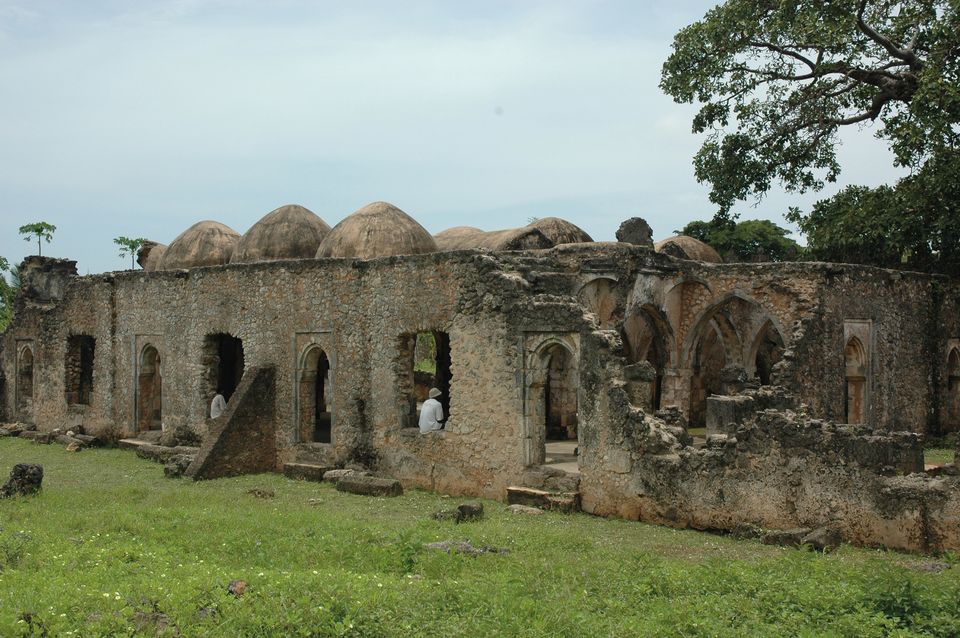 The coral and limestone mortar ruins of Kilwa Kisiwani and Songo Mnara in Tanzania, in eastern Africa, are threatened by erosion and coastal flooding. © UNESCO. Photo: Ron Van Oers

• Gold, silver, ivory and Chinese porcelain were among the goods traded at these port cities in Tanzania in eastern Africa. The islands of Kilwa Kisiwani and Songo Mnara were major centres of Indian Ocean trade from the 13th century until the arrival of the Portuguese in the 16th century. Erosion and coastal flooding are the greatest threat to these site’s coral and limestone mortar ruins. 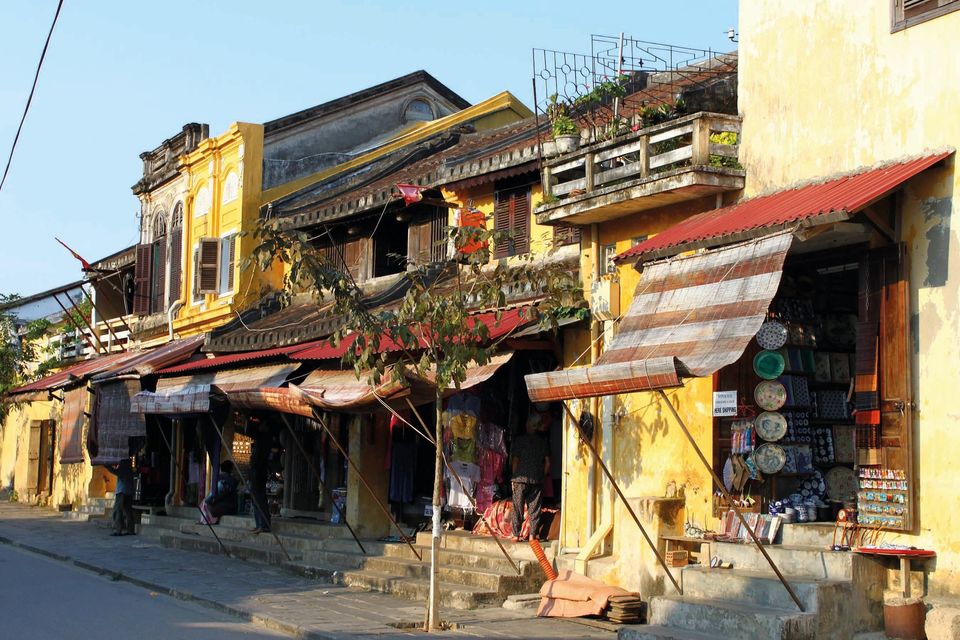 The ancient town of Hoi An, famed for its 16th- and 17th-century wood-framed buildings and just 2m above sea level, could flood annually by 2020.

ASIA AND THE PACIFIC

• Tourists come to the ancient port city of Hoi An each year to see its 16th- and 17th-century wood-framed buildings. The architectural style of these remarkably well-preserved houses represents a fusion of foreign and native influences, namely Chinese, Japanese and European. The town is just two metres above sea level and is already prone to flooding during the rainy season. Experts estimate that the entire area could flood annually by 2020. 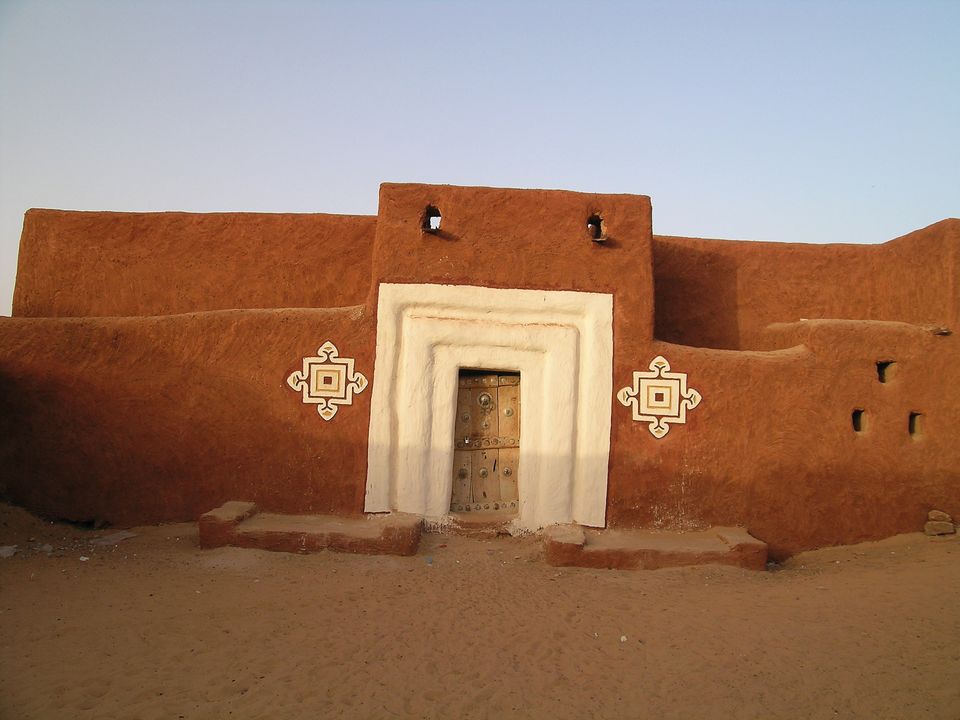 The four caravan towns of Ouadane, Chinguetti, Tichitt and Oualata, in Mauritania, are threatened by the encroaching Sahara desert, extreme heat and prolonged periods of rainfall.

• These four caravan towns or ksour were founded in the Middle Ages to serve the travellers crossing the Sahara desert and became major centres of Islamic culture. Chinguetti is the seventh holiest city of Islam. The encroaching Sahara Desert is threatening the towns’ preservation, extreme heat is damaging ancient masonry and earthen buildings are at risk from periods of prolonged rainfall.