Wanted: £48k curator to shake up British Museum's permanent displays and ‘give greater prominence to Africa’ 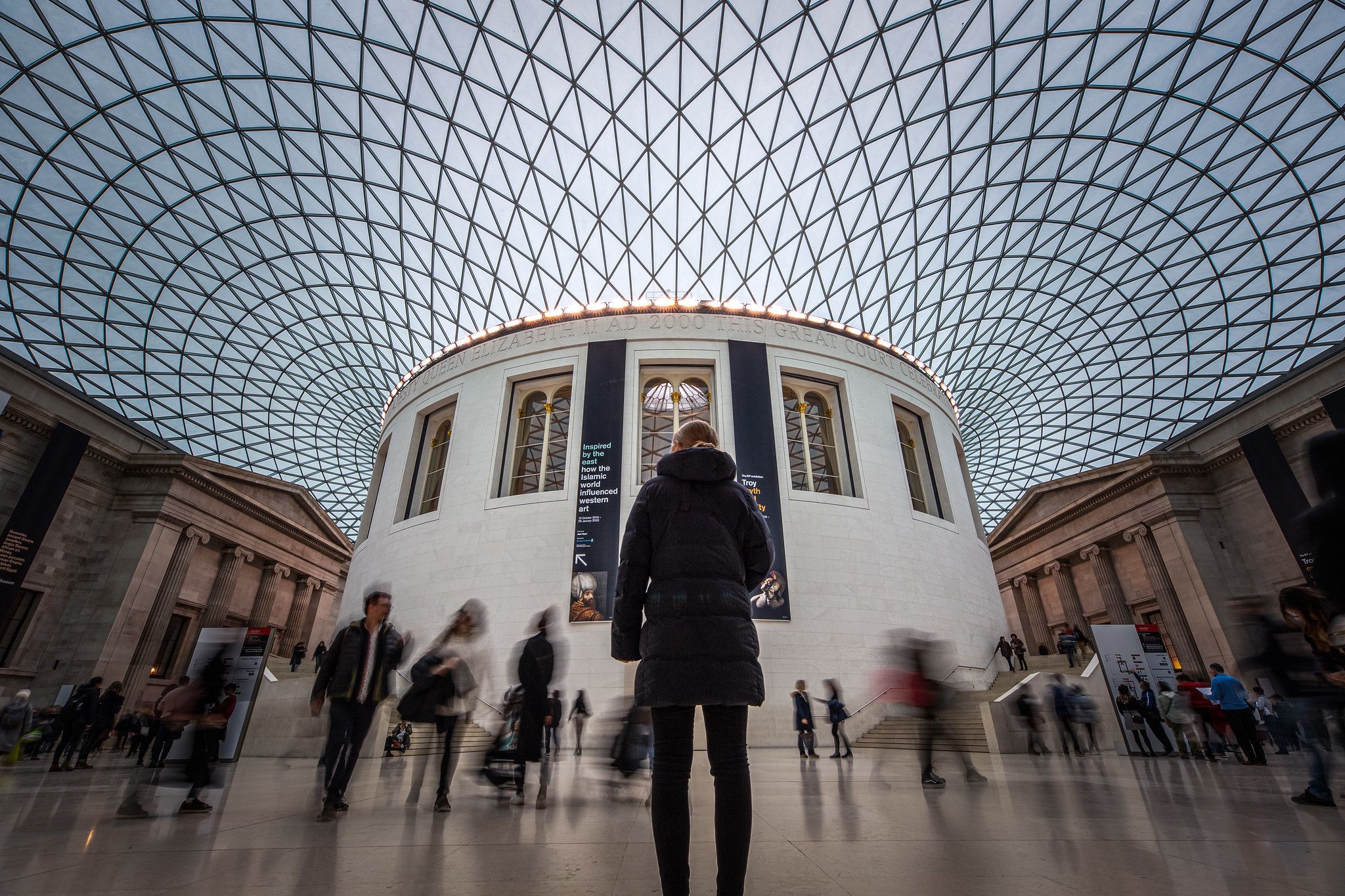 "The museum is delivering a programme—'Reimagining the British Museum'—which will explore and develop new curatorial approaches, with global collaboration at its heart, to interpret the collection and inform a future comprehensive redisplay of its galleries.” Photo: Brian Tomlinson

The British Museum is seeking an experienced curator able to oversee “a comprehensive redisplay of the galleries” as part of a radical curatorial initiative known as “Reimagining the British Museum”. The salary for the post of lead curator on the project is £48,169 (fixed term period of 24 months).

According to an online job advertisement, the role involves “establishing working groups to develop curatorial briefs for new permanent galleries”. Other requirements include evaluating “sustainable and effective models for collaborating with and engaging people from around the world in the development of plans for the redisplay of the collection”. There is also an opening for a programme manager for the project.

A spokeswoman for the British Museum says: “The role is connected to the museum’s master planning exercise. The museum is delivering a programme—'Reimagining the British Museum'—which will explore and develop new curatorial approaches, with global collaboration at its heart, to interpret the collection and inform a future comprehensive redisplay of its galleries.”

In 2017, the British Museum's director, Hartwig Fischer, told The Art Newspaper about his bold plans for what was billed as the most radical redisplay of the permanent collection since the mid-19th century. The museum's spokeswoman says that the museum is currently working on the masterplan project to deliver major refurbishments to infrastructure and redisplay the entire collection across all of its sites.

“The first phase of this programme is well underway, with work on a new storage and access facility, [known as] BM_ARC, to support the vacation of Blythe House along with the Victoria and Albert Museum and the Science Museum,” she adds. New galleries have been rolled out apace: the Albukhary Foundation Gallery of the Islamic World and the Mitsubishi Corporation Japanese galleries both opened in 2018.

In a letter published in the Times newspaper on 19 February, Fischer pledged that the masterplan “will give a new and powerful presence to the museum’s collections from all parts of the globe, including the Pacific and the Americas and give greater prominence to Africa.”

The masterplan “is a very large and complex exercise, which will take some years to complete”, adds Fischer, stressing that “it will make it easier to understand the connections between different cultures, both ancient and modern, and restore the fabric of our wonderful historic building.”

Fischer was addressing concerns raised by the artist Antony Gormley, a trustee of the museum from 2007 to 2015, who had heavily criticised the museum’s curatorial approach. In an interview with British Archaeology magazine, he said that “there is the complete misrepresentation of the Americas—both north and south crammed into one room apart from Mexico—and the absolute post-colonial iniquity of Africa being in the basement when it should be at the absolute core of the museum”.

Last March, the British Museum appointed a curator, Isobel MacDonald, who is responsible for researching the history of its 267-year-old collection.