Magazzino—“warehouse” in Italian—seemed like a fitting name to the collectors Nancy Olnick and Giorgio Spanu for their new, free art space dedicated to post-war and contemporary Italian art. Privately funded by the couple and open by appointment from 28 June, the elegant space in Cold Spring in the Hudson Valley will have rotating displays drawn from the more than 400 works in the Olnick Spanu collection.

The Spanish architect Miguel Quismondo has extended the building, a former dairy distribution centre, to create more than 18,000 sq. ft of exhibition space, a central courtyard and a library. “For this kind of art, it’s exactly the environment I want,” Olnick says. The collectors are now able to install large-scale sculptural installations by Pier Paolo Calzolari, Marisa Merz and Giuseppe Penone, among others, that were too unwieldy for their home in nearby Garrison. 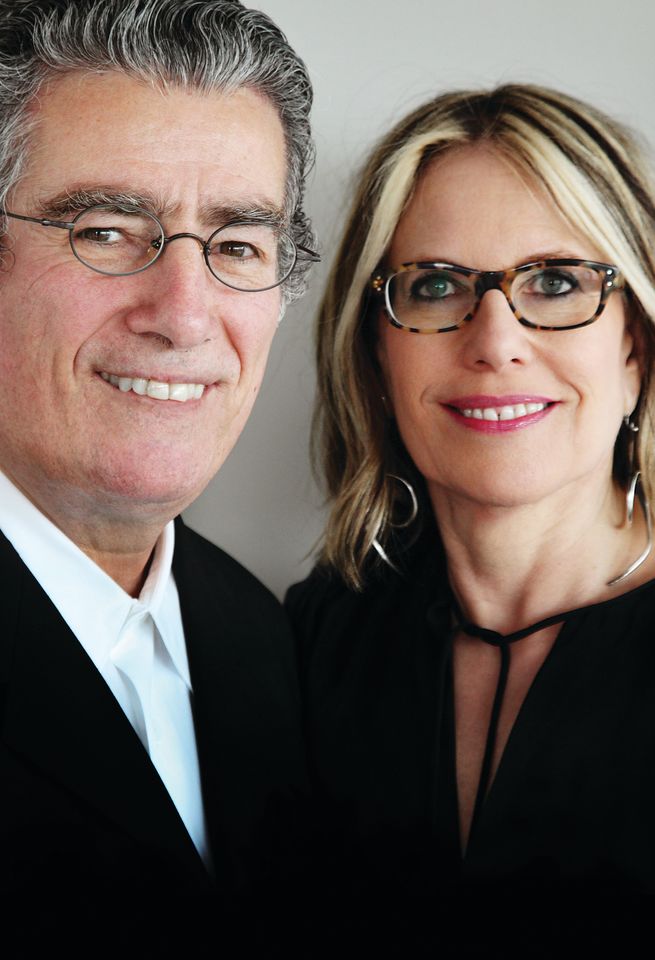 Giorgio Spanu and Nancy Olnick, the collectors on a mission to raise the profile of Italy's Arte Povera movement in the US (Photo: © Marco Anelli; courtesy of Magazzino Italian Art)

Olnick, a native of New York, and Sardinia-born Spanu are determined to raise the profile of Italy’s Arte Povera movement, which is not well represented in US museums. Arte Povera (“poor art”), a term coined in 1967 by the Italian curator Germano Celant, encompasses a loose set of avant-garde artists including Mario Merz, Alighiero Boetti and Michelangelo Pistoletto. They rebelled against the art world establishment and used humble, utilitarian objects and natural materials such as rocks, earth, branches and tobacco. “They focused on the intersection between life, culture and nature,” Olnick says. “It was not commercial. These artists were antithetical to the market.”

Magazzino’s inaugural presentation, Margherita Stein: Rebel with a Cause, pays tribute to the dealer who founded the Galleria Christian Stein in Turin in 1966 and championed the Arte Povera group over the next three decades. “Her gallery was in her home and she lived and breathed this work,” Olnick says, noting that Stein adopted her husband’s name to gain credibility. 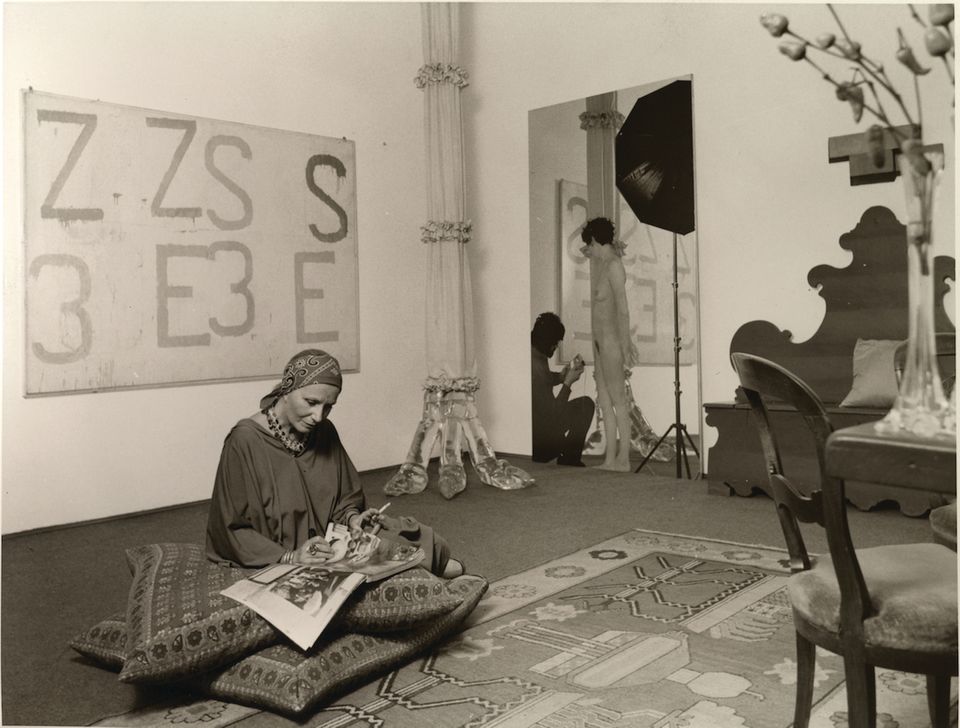 Stein was selective about selling, and retained a large cache of works in the hopes of opening a museum or foundation. After her death in 2003, Olnick and Spanu acquired the core of her personal collection. Around 70 works, including pieces by Giovanni Anselmo, Jannis Kounellis, Giulio Paolini and Gilberto Zorio, are now on view at Magazzino. One gallery is dedicated to later works by artists such as Marco Bagnoli, Domenico Bianchi and Remo Salvadori—the generation that followed Arte Povera.

“Margherita Stein’s dream was to open a museum of her artists and to expose them in the United States,” Olnick says. “I feel we’re following on her mission.”

Education is also key to the programme at Magazzino, where the collectors have stocked the library with more than 5,000 volumes on post-war Italian art. The space is well located to become a resource to Vassar and Bard colleges, and joins a network of Hudson Valley art venues including Dia:Beacon and the Storm King Art Center.

The collectors say they were inspired by the artist Massimo Bartolini, who brought his students at the University of Pennsylvania to their home for a class on Luciano Fabro because his work was not accessible in public institutions. “We realised we have to do this really seriously,” Spanu says. “We started collecting more and more books because it’s important that they are shared for research.”

Three works to see at Magazzino 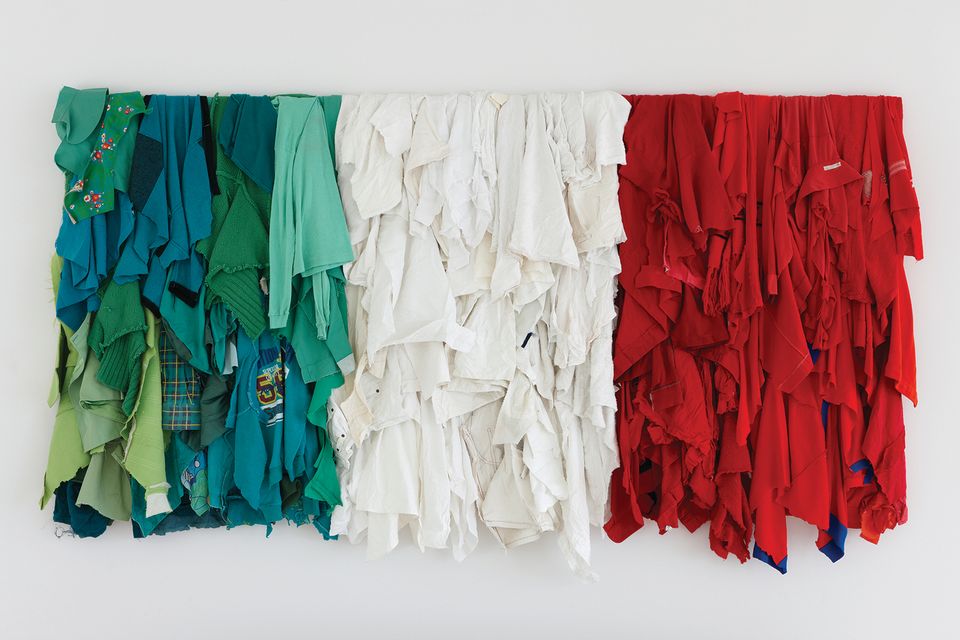 An Italian flag made of old rags grouped by the colours green, white and red, this commission by the collectors designates Magazzino as a kind of Italian embassy. 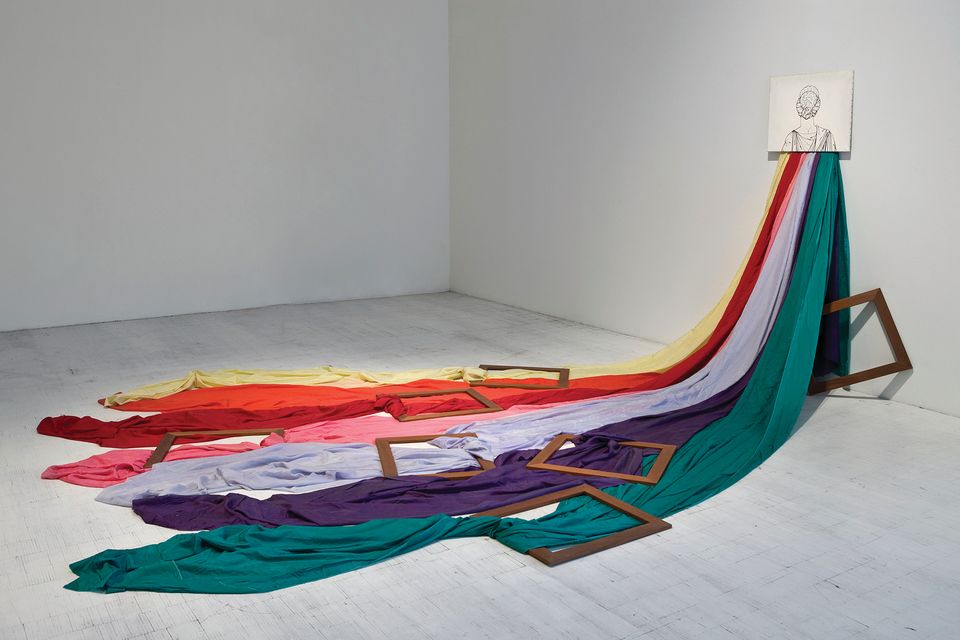 This canvas of a female head seen from behind, with seven pieces of vivid fabric streaming from her shoulders, refers to the Greek myth of Psyche, who was condemned not to look upon the divine beauty of her husband, Cupid. The neon sign across this aluminium pot filled with wax poses the existential question “What is to be done?”, a phrase possibly borrowed from Lenin, which recurred throughout Merz’s work after 1967.