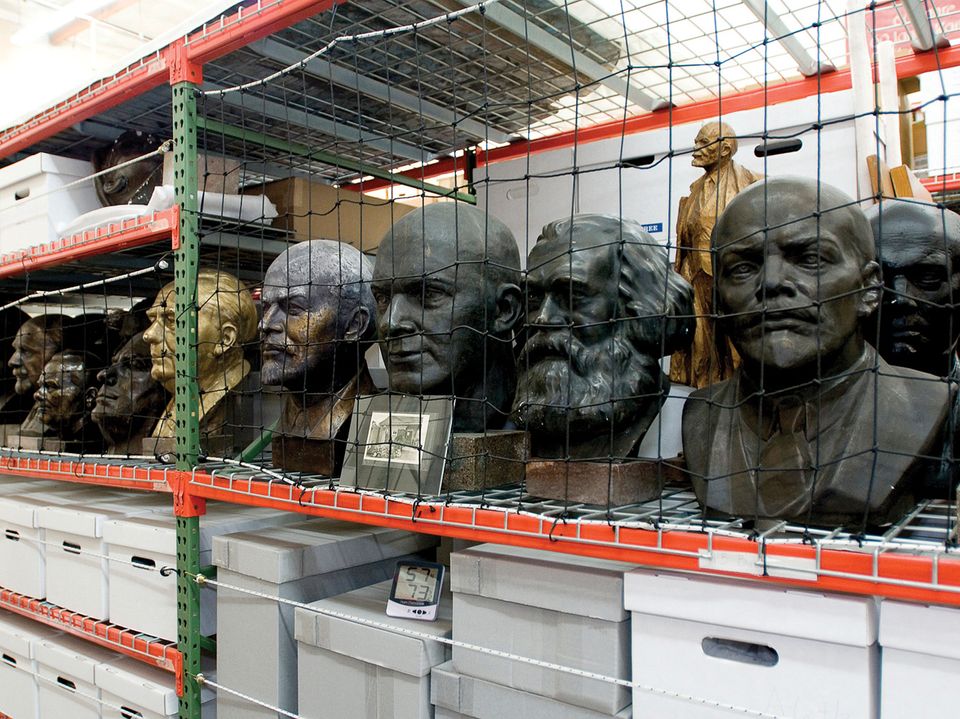 California’s unlikely Cold War archive of more than 100,000 Soviet and Eastern European artefacts, the Wende Museum, opens in its expanded new location tomorrow (18 November), a former National Guard Armory in Culver City. Founded by the Los Angeles-born historian Justinian Jampol in 2002, the museum had been housed for more than a decade in a business park where it could only show a fraction of the collection. "For the first time, we will be able to offer visitors a representative selection of the wide variety of our holdings," says the Wende's chief curator, Joes Segal.

Culver City approved the museum’s 75-year lease on the Armory—built in 1949 with fallout shelters in anticipation of a Third World War—in 2012. A $5m fundraising campaign to refurbish the site received support from the art book publisher Benedikt Taschen. The move gives the museum 13,000 sq. ft of exhibition and storage space, with room for a library of more than 25,000 books and a cold vault for 3,000 rare films.

The free-admission venue will host six shows a year in two galleries, and other objects from the collection will be visible in extensive open-storage displays, grouped by themes such as Lenin busts, spy equipment, diplomatic gifts and Checkpoint Charlie. In line with the museum's open-access ethos, visitors will also be able to watch exhibitions being installed during changeover periods, Segal says.

The collection-based inaugural exhibition, Cold War Spaces (until 29 April 2018), will also have loans from private collections, artists and the London-based Archive of Modern Conflict. With eight sections exploring the "paradoxes and ambiguities" of the Socialist state, the show promises "a richer and more complex understanding of life behind the Iron Curtain", Segal says.