It will be hard to avoid Ai Weiwei on the US West Coast this autumn. The Chinese artist and activist boosts his commercial and critical profile in California with three shows launching the same week, including an exhibition of new and early works at veteran dealer Jeffrey Deitch’s new space in Hollywood (Zodiac, 29 September-5 January 2019). The pieces are priced between €280,000 and €4.1m.

Deitch’s exhibition, described as a “museum-scale” show in a statement, will be dominated by a new configuration of Stools (2013), comprising 5,929 wooden stools from the Ming (1368-1644) and Qing dynasties (1644-1911) set up in a 72-ft-wide square. A new series of Zodiac works made from Lego bricks—a new twist on the artist’s popular bronze animal heads (Circle of Animals/Zodiac Heads, 2010)—will also go on show along with decorative wallpaper daubed with images of surveillance cameras (The Animal That Looks Like a Llama But is Really An Alpaca, 2015).

Another selling show of Ai’s work is scheduled to open 4 October at the new UTA Artist Space in Beverly Hills. The artist signed with United Talent Agency, better known for representing Hollywood screen stars, in 2016. “The show will have a heavy focus on Ai Weiwei's work in marble, including a large-scale installation of his work Cao (2014), which depicts grass made of marble,” a UTA spokesman says. Prices are undisclosed. 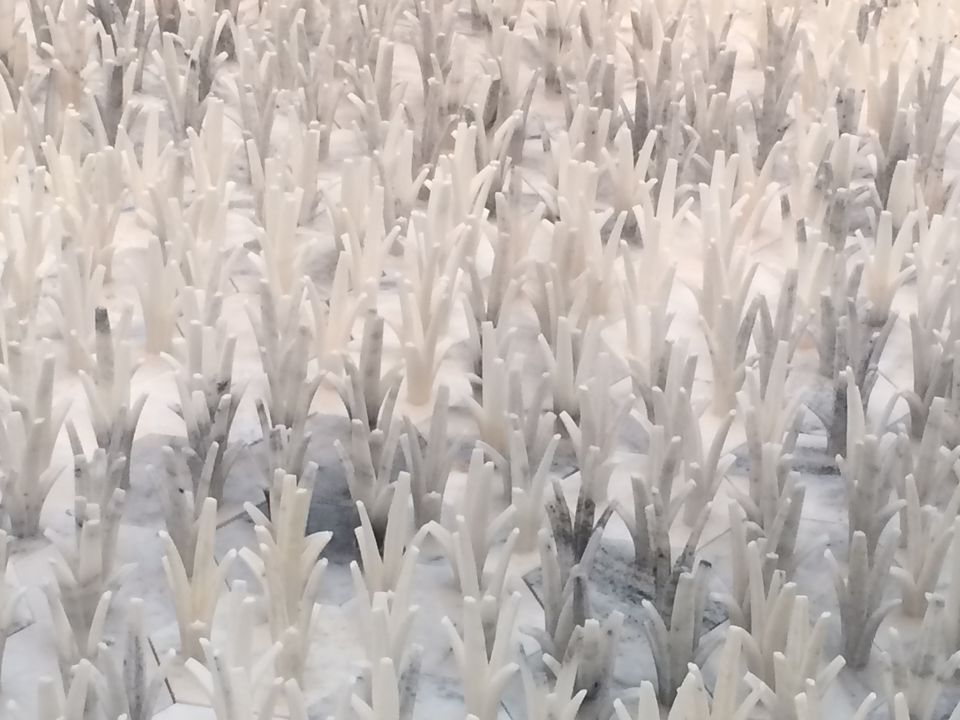 Ai Weiwei has designed the new 4,000 sq. ft venue, a former diamond-cutting facility built in 1940 which is close to UTA’s headquarters. “Upon seeing the raw concrete facade of the new location, similar to his Beijing studio, the artist agreed to help give shape to the Beverly Hills space with an exclusive design concept,” a statement says. The previous UTA Artist Space was located in the downtown Boyle Heights neighbourhood, which has been hit by a wave of anti-gentrification protests.

A show at the non-profit Marciano Art Foundation (Life Cycle; 28 September-3 March 2019) pre-empts these ambitious commercial ventures. According to a spokesman for the foundation, the main piece Life Cycle (2018), on view for the first time, responds to the global refugee crisis. “It is similar to last year's Law of the Journey, made of rubber PVC, except that this piece is made out of bamboo. There are also references made to freedom of speech and to ancient Chinese crafts,” he says.

How the shows will be received remains to be seen, but some commentators have questioned whether the glut of exhibitions is a good move. “His James Franco-esque approach to projects leaves him not only open to criticism of his motives, but running the risk of overexposure. Sometimes more isn’t always better,” wrote Jessica Holmes in the Observer.