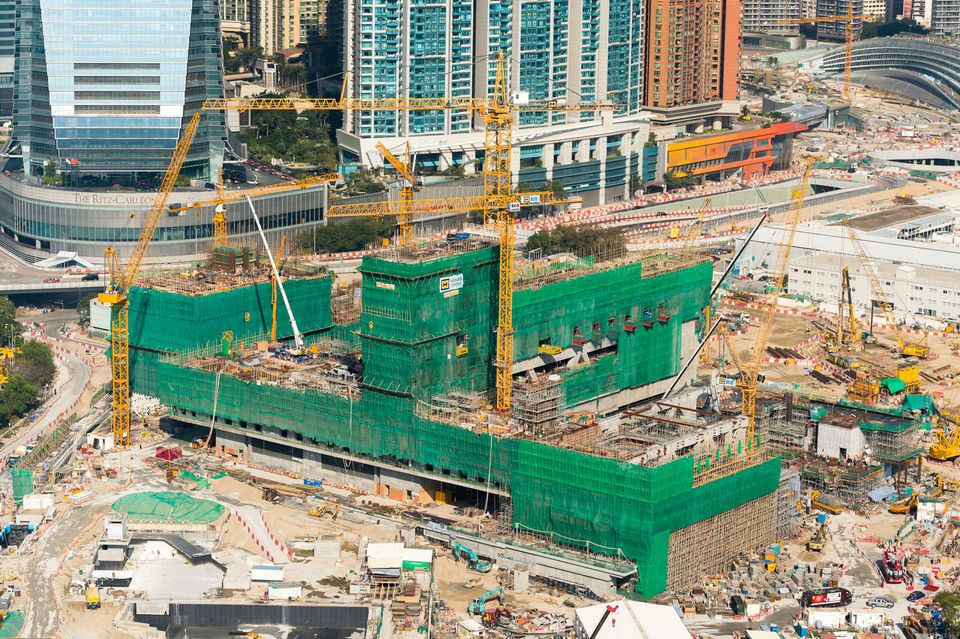 Directors of Hong Kong’s West Kowloon Cultural District claim that last week’s firing of the contractors Hsin Chong building the district’s visual museum M+ on the grounds of insolvency will not further delay construction on the long awaited project.

“The West Kowloon Cultural District Authority has today terminated the employment under the contract for the M+ construction project with Hsin Chong Construction Company Limited (HCC),” read a statement issued on 17 August. “The contract included work on the M+ Building, the Conservation and Storage Building, a retail, dining and entertainment building (P39B) which will serve as the Authority’s future headquarters; an interfacing car park; and some related Public Infrastructure Works. The total contract value was HK$5.9bn.”

“The decision to terminate the contract has been forced upon the Authority due to the insolvency of HCC which has been caused by the severe financial troubles facing its parent company, Hsin Chong Group Holdings Limited (HCG). In addition, the poor management performance of HCC has led to significant delays in the work on site, for which the Authority has not received substantiated claims for extension of time,” it continued.

The statement detailed that the WKCDA had first contracted with HCC, and became aware of HCG’s “difficult financial position” in September 2016 after anonymous reports were published online, but did not explain why it is only taking action now. Trading of HCG’s ordinary shares and debt securities were suspended in April 2017; this May the company announced its failure to repay US$300m in bonds then due, which raised the possibility of its defaulting on another US$150m of bonds due next year. In the interim, WKCDA has maintained the construction activity by directly paying subcontractors and ensuring the salaries of the 1,600 site workers. South China Morning Post (SCMP) reports that WKCDA made payments on behalf of HCC to 17 or 18 subcontractors totaling about HK$1.5bn from February 2017 to June 2018.

WKCDA has drawn criticism for its handling of Hsin Chong from the public as well as the government. Tanya Chan, the deputy chairwoman of the subcommittee overseeing the project, told SCMP, “If it wanted to terminate the contract, it should have terminated it earlier.”

The authority has now paused construction and closed the site for six to eight weeks while recruiting a new contractor and while negotiating to maintain HCG’s subcontractors. It insists that the opening of M+, which has already been delayed repeatedly from its originally slated 2016 debut, will not be pushed further back from its current 2020 target. WKCDA CEO Duncan Pescod said in a press conference announcing the firing that though the move would cause delays, construction on the project, which is 60% complete, can catch up, reported SCMP. “We believe it’s still possible to deliver the museum, as we announced previously, by 2020 and that is our intention.”

Following a 16 August board meeting, the authority also announced that other projects in the cultural district including the Grand Theatre and Hong Kong Palace Museum are proceeding on schedule, and its Xiqu Centre for Chinese opera is ready to open next month. M+ remains active despite the delays to its physical facility, and announced yesterday that it has acquired rights to all past and future works produced by Seoul-based digital duo Young-Hae Chang Heavy Industries.