What does a female artist have to do to get a major solo show? 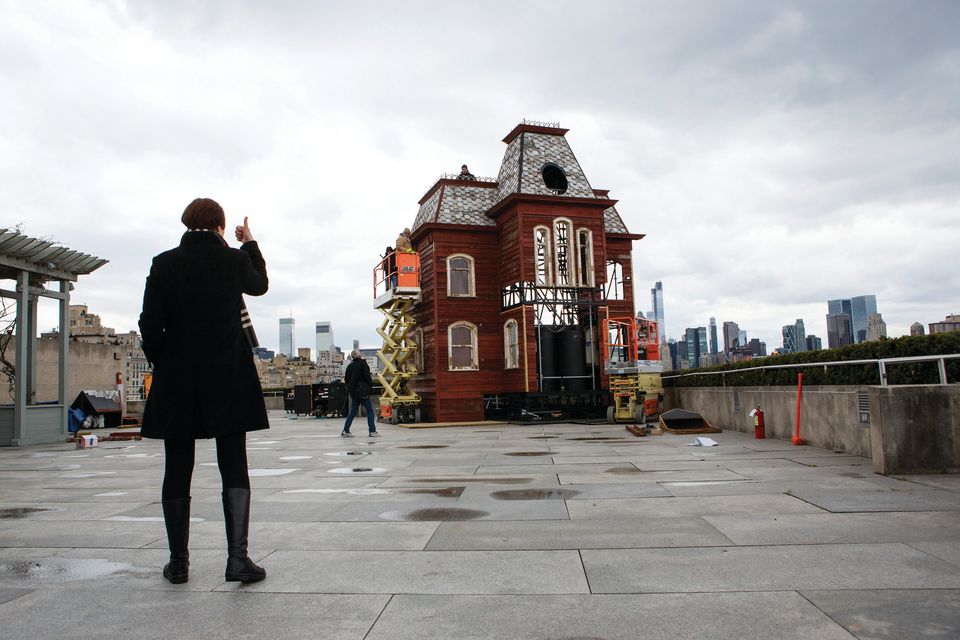 More than three decades after activist-artists the Guerilla Girls first called out New York's Metropolitan Museum of Art—along with other major US institutions—for showing a paltry percentage of works by female artists, the British artist Cornelia Parker gives the thumbs-up to her Transitional Object (PsychoBarn) as it is installed on the Met’s roof. The work went on show on 19 April (until 31 October, weather permitting). Photo: © Caitlin Ochs/The New York Times/Redux/Eyevine

Women still get far fewer solo shows in major museums than their male contemporaries, new research shows. The Freelands Foundation found that in London in 2014/15, women got only 25% of the most prestigious shows. But initiatives in the UK and US are aiming to level the playing field.

Frances Morris, the new director of London’s Tate Modern, is determined to ensure that female artists are better represented across the gallery, which opens its Herzog & de Meuron-designed extension in June. “Women will be very strongly present,” she said at a preview of the new hang last month. “There is a commitment to show the real history of art and the contribution made by women who have been overlooked.” This month, Tate Modern opens a big exhibition of Mona Hatoum’s work, and a Georgia O’Keeffe show will open in July, helping to redress the historic imbalance. 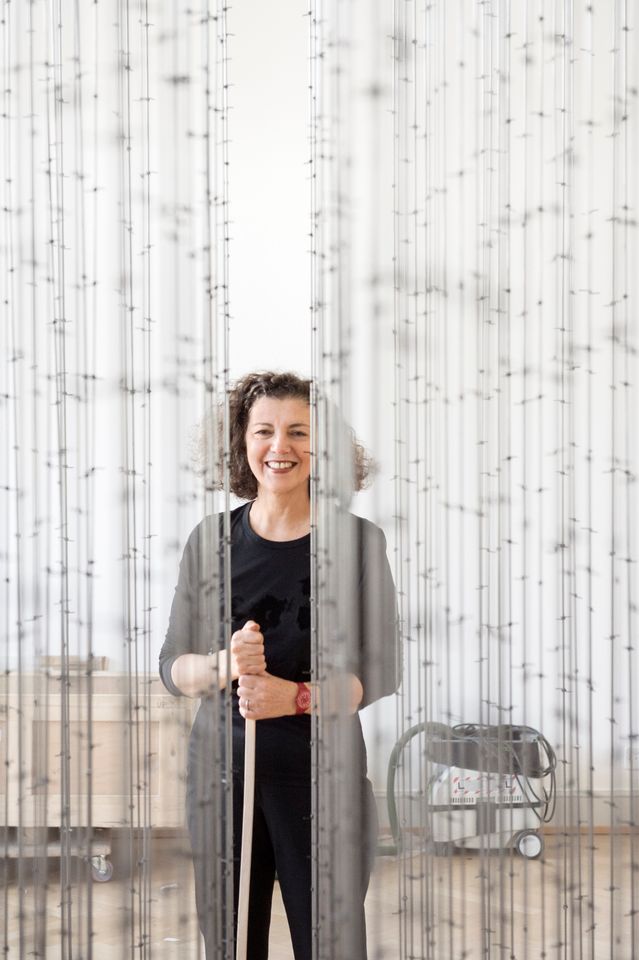 Also last month in the UK, the Tate trustee and philanthropist Elisabeth Murdoch launched a £100,000 award for mid-career female artists. New research by the Freelands Foundation, which Murdoch established last year, shows that notwithstanding high-profile exhibitions, such as Marlene Dumas’s show at Tate Modern last year, male artists had 75% of the solo shows in London’s major venues in 2014/15. “I always knew that the art world was pretty male-dominated and that I wanted to do something to support female artists,” Murdoch tells us, “but I don’t think I was really aware of just how bad things were.” The award has already generated interest from around the world, including the US, Germany, Italy and Australia, she says. “History shows us that there is no lack of talent among women. It’s just they don’t get the same chances as men.”

The odds are also stacked against female artists in the US. Only 27% of the 590 major solo shows organised by nearly 70 institutions between 2007 and 2013 were devoted to women, The Art Newspaper’s annual attendance survey reveals.

Helen Molesworth, the chief curator of the Museum of Contemporary Art, Los Angeles, says that institutions must make hard choices to improve the statistics. “The only way you get diversity is to actually do it. That means that certain men don’t get shows,” she says. “There are only X number of slots every year on the calendar, and the number of artists always exceeds the number of slots. If you are going to be equitable, then some of the dudes don’t get shows that year.”

Sweden’s Moderna Museet in Stockholm and Malmo is proud of its gender-equal exhibition programme, which addresses the issue head-on. “For contemporary art, I can’t see why it is not 50/50,” says Daniel Birnbaum, the museum’s director, who shares its leadership with Ann-Sofi Noring. “It’s not primarily about saying, ‘Let’s have equality for female artists’—it’s a way to make an interesting programme,” Birnbaum adds.

Murdoch is not the only philanthropist working to create a level playing field. The New Museum in New York recently launched Artemis, an international patrons’ council dedicated to funding exhibitions and new commissions by female artists. The museum’s director, Lisa Phillips, says that Artemis represents “a new generation of donors who are more activist patrons”.

This year, the council supported the New Museum’s spring programme, which features an all-female line-up: five solo shows of work by women, including the US artist Nicole Eisenman and the Romanian-born, New York-based artist Andra Ursuta. “It wasn’t something that we set out to do, and it’s happened a few times; it’s really representative of the number of women working in the field,” Phillips says.

The London-based collector Valeria Napoleone last year launched Valeria Napoleone XX (named after the female chromosome) to support female artists. She has pledged that, each year, she will donate a major work by a living artist to a different UK museum and support one new project by an emerging artist at the non-profit SculptureCenter space in New York. “It was an area in which she could have a big impact,” says Mary Ceruti, the institution’s director. “Just the fact that an artist is a woman can reduce the potential pool of donors.” 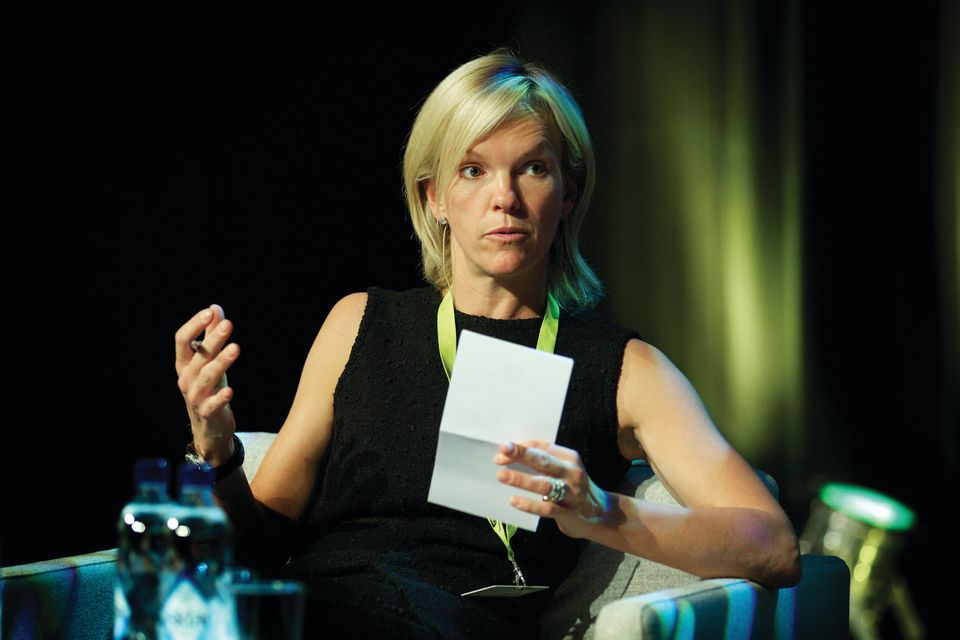 But philanthropic initiatives and prizes are not the only answer. As Sally Tallant, the artistic director of the Liverpool Biennial, points out, a successful career demands the ability to travel frequently, undertake residencies and attend events across the globe. “This is not always possible with a young family, and many institutions are unable to support childcare costs or family travel and accommodation,” Tallant says.

Omar Kholeif, a senior curator at the Museum of Contemporary Art, Chicago, says that philanthropy alone cannot solve the problem of under-representation. “I think it is a much more deeply entrenched cultural problem,” he says.

Katerina Gregos, the leading independent curator and outgoing artistic director of Art Brussels, says that the relative lack of support for female artists is “still a huge issue, and not only for mid-career artists, who perhaps suffer more in this respect”. She warns that philanthropy should not replace the “vital long-term work of public institutions”.

As more women become directors and board leaders at museums, the collection and exhibition statistics change, says Jill Medvedow, the director of the Institute of Contemporary Art, Boston. In August, the institution will present part of a gift of work by women worth $42m from the board member Barbara Lee. Her foundation also funds exhibitions dedicated to female artists. “We started collecting ten years ago; most places have been collecting for much longer, and you can’t change the balance backwards,” Medvedow says. “Sixty per cent of our collection is by women.”

Still, some argue that commercial galleries are ahead of public institutions in rediscovering female artists, typically later in life. Yet Birnbaum says: “I can see that it might be attractive to compete for overlooked artists, but the highest prices are still for famous male painters.”

The US artist Deborah Kass points out that women often fare worse in the art world than in the wider US economy, where they make 79 cents for every dollar a man is paid. “I would be rich if I made 70% of what famous male artists my age made,” she says. “It has got worse since art became an asset class. Board members and trustees should invest in women’s work. Promote it, trade it, manipulate it if you must, in the exact way it is done for men. Nothing else will level the playing field.”