What exactly is the Humboldt Forum?

From the building, to the name and the cost, we bring you the Berlin art complex in a nutshell 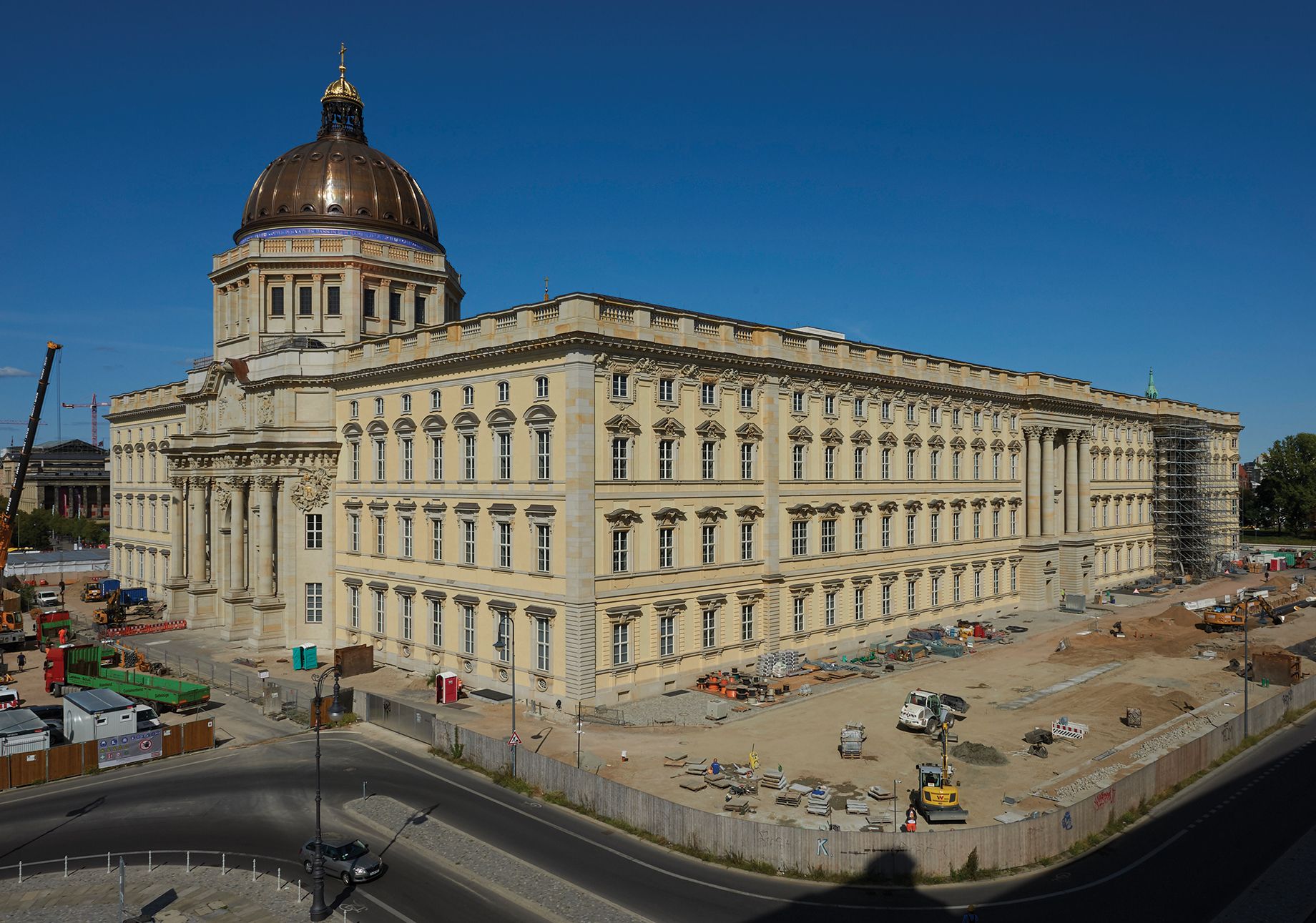 The building is a partial reconstruction of the royal palace of the Hohenzollern family, who ruled the kingdom of Prussia and, from 1871 to 1918, reigned over Germany as emperors. The original palace, founded in 1443, was badly damaged by fire and bombs in the Second World War. In 1950, the communist East German government demolished what remained. In 1976, it opened the new Palace of the Republic on the site as the home of East Germany’s parliament and a venue for political and cultural events. After German reunification, the authorities began stripping the asbestos-riddled building and, by 2002, it was a skeleton. That year, the German parliament decided to rebuild the Prussian royal palace. In 2006, parliament approved the demolition of the remains of the Palace of the Republic.

A design by the Italian architect Franco Stella was selected in 2008. Construction on the Humboldt Forum began in 2012.

The Humboldt Forum is named after the brothers Alexander (1769-1859) and Wilhelm von Humboldt (1767-1835). Alexander was a geographer, naturalist and explorer; Wilhelm was a philosopher and linguist.

How much did the new building cost, and who paid for it?

The latest cost estimate for the building is €677m. Most of the financing comes from the federal government, with the state of Berlin paying €32m and €105m raised from private donors and sponsors.

What will be inside?

The ground floor will host events, temporary shows and an exhibition about the history of the site. The first floor is devoted to an exhibition about Berlin, and the Humboldt Laboratory, run by the Humboldt University, with exhibitions about the natural world. The upper floors will house Berlin’s ethnographic and Asian art collections, formerly on show in museums in the city’s south-west. On the roof, there will be a restaurant and viewing platform.

Four main institutions are involved: the Prussian Cultural Heritage Foundation, which manages Berlin’s ethnographic and Asian art collections; the Berlin City Museums and Berlin Culture Projects, which will manage the Berlin exhibition; the Humboldt University; and the Humboldt Forum Foundation.